Rangers Come Back Against S2 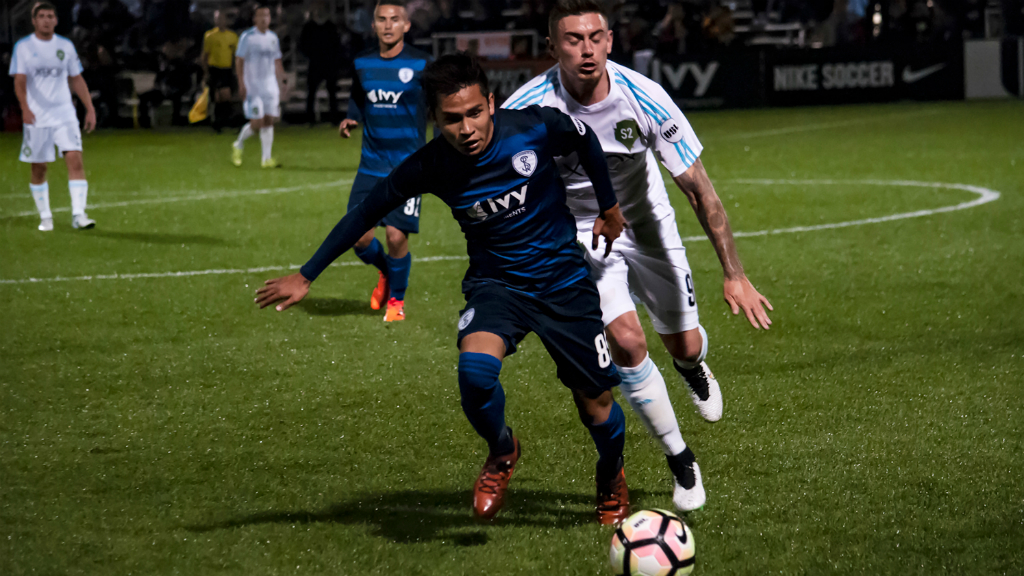 KANSAS CITY, Mo. – Despite surrendering an early lead, the Swope Park Rangers battled back at home to set themselves up to potentially host at least one more match at Children's Mercy Victory Field after taking a 2-1 victory against Seattle Sounders FC 2 on Wednesday night on home turf. Swope Park took the first real chance of the match, as a slick overlapping run on the left side a little over 10 minutes in resulted in a cut-back cross that Lebo Moloto banged off the crossbar from 10 yards out. In the 19th minute, S2 missed an opportunity of its own as a low, hard cross bounced loose in the penalty area in front of David Olson, but he couldn’t beat Darrin MacLeod as the Rangers goalkeeper swooped down to clean things up. MacLeod wouldn’t be as fortunate next time, as Zach Mathers won and slotted home a low, bouncing free kick from more than 30 yards out, just beyond the outstretched hand of the Rangers goalkeeper and into the bottom-left corner in the 28th minute. The Rangers came inches away from an equalizer in the 33rd minute with a header by Moloto ringing the crossbar for the second time in the match, but they got their equalizer just minutes into the second half as S2 goalkeeper Tyler Miller stopped a great free kick from Felipe Hernandez, but couldn’t keep out the rebound as it was cut back to Moloto, whose shot bounced off Miller and trickled over the line. Minutes later, the Rangers were awarded a penalty kick as Hernandez was brought down in the box by Steve Whyte, The chance was coolly slotted home by Nansel Selbol to give the Rangers a 2-1 lead in the 54th minute. Swope Park came inches away from a third in the 72nd minute when Hernandez banged a rocket off the left post after cutting in from the right side, while Miller made a brilliant reflex save on the rebound effort by Selbol to keep S2 within one. Ultimately, Seattle was unable to find a late equalizer as the Rangers took their 11th home win of the season to close out their 2017 regular season campaign.

Felipe Hernandez, Swope Park Rangers – While he didn't find the net himself, Hernandez provided the impetus for both Swope Park goals, setting up the first with a great free kick and earning a penalty to set up the second.