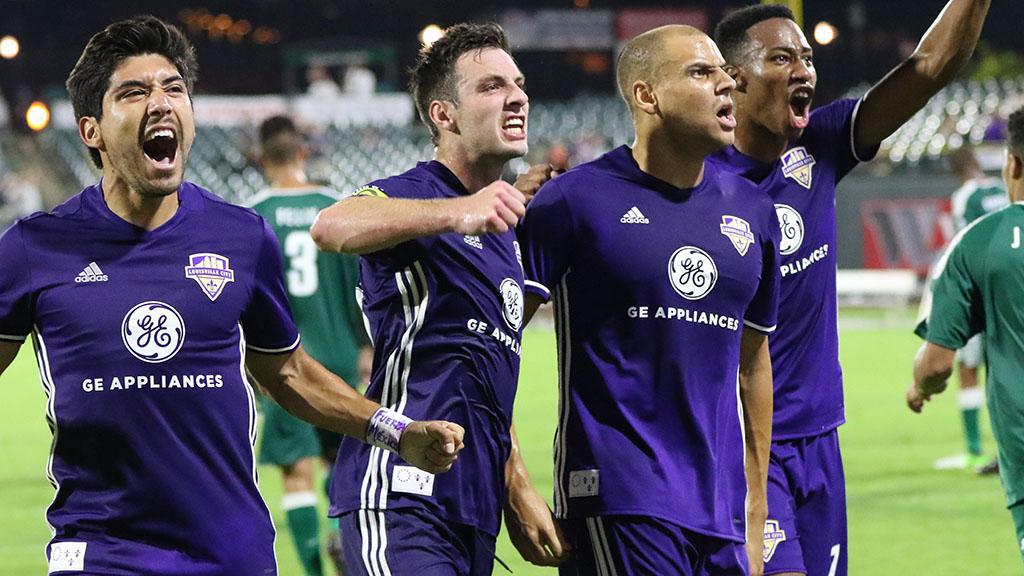 LOUISVILLE, Ky. – The moment the whistle went in the third minute of stoppage time, and the referee pointed to the penalty spot, Louisville City FC forward Luke Spencer had two thoughts flash through his head.

“At first, I thought, ‘Is he really calling that?’ The second thought was ‘OK, find the ball,’” said Spencer. “Find the ball because last week, [Head Coach James O’Connor] gave Kyle [Smith] the shot, so I was saying hopefully this week I’ll get it. Or, hopefully he doesn’t want somebody else to take this. Luckily, nobody else wanted to take it, and I was the one who was able to.”

Spencer’s calm penalty to the right corner of the net gave the forward his team-leading 10th goal of the season, and lifted Louisville to a 2-1 victory against the Rochester Rhinos in front of 6,698 fans at Slugger Field on Wednesday night.

The victory opened a six-point lead in the Eastern Conference thanks to the Charlotte Independence’s loss to the Charleston Battery earlier in the night as City took its third win the past four outings, while also closing the lead held by Real Monarchs SLC in the race for the USL Regular Season Championship to just two points.

Spencer had entered the game with 20 minutes to go, becoming the third forward used by City in the contest after an early knock to Ilija Ilic had seen the early introduction of Cameron Lancaster in the opening 10 minutes. While O’Connor was disappointed by the lack of sharpness his side showed against a resolute Rhinos defense after conceding an equalizer late in the first half, the way all three forwards performed when called upon symbolized something bigger in terms of the way City’s season has gone.

“Ilija has to go out after whatever it is, nine minutes,” said O’Connor. “Cameron comes on, he’s got a fractured toe, pushes through the pain barrier and then Luke comes on and I think that little incident really gives you a snippet of what we’re all about. We end up using three strikers and three guys all come on and really do their job. Great example of what we’re trying to do here.”

George Davis IV’s goal midway through the first half had put Louisville up early, only for the Rhinos’ first shot on goal to produce an equalizer for Jochen Graf two minutes before halftime. As the game seemed to be petering out to a draw, though, a late free kick by Oscar Jimenez was handled on its way to goal by a player in the wall, and after a short delay Spencer got his chance from the spot.

After having Kyle Smith take the opportunity on Friday night against Bethlehem Steel FC after protestations had delayed the penalty kick being taken, Spencer’s determination to take the shot at victory was key for O’Connor in the deciding moment of the match.

“I think [Friday] was one for me I really didn’t like what happened, where [a delay in play before a penalty kick] was intentional,” O’Connor said. “I don’t like where people distract it and if I’m looking at it, I think the same sort of thing happened again tonight, but I think Luke was determined to take it, so great credit to him. Fantastic composure at the end to send the ‘keeper the wrong way, so obviously delighted for Luke and all the boys.”

“PKs, it’s one of those that you can hit,” added Spencer. “You go 10 for 10 in training, but in the game — especially this game when it’s late and it decides the match — it’s a lot of pressure. I just tried to simplify that and be as confident as possible.” 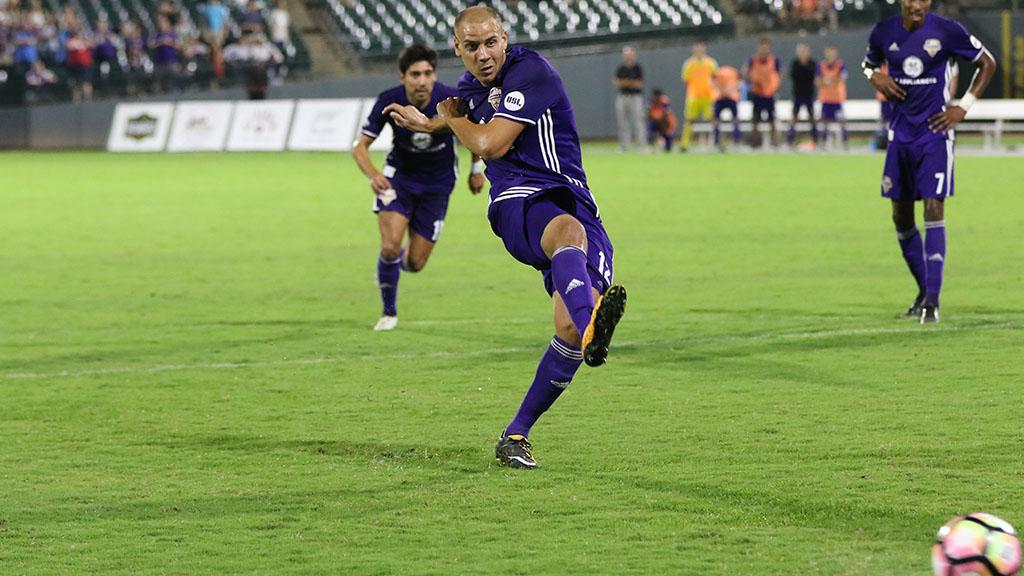 As the playoffs near, and Louisville closes in on hosting postseason action for a third consecutive season, confidence is key.