Golden Boot contender has been at forefront of club's successful season 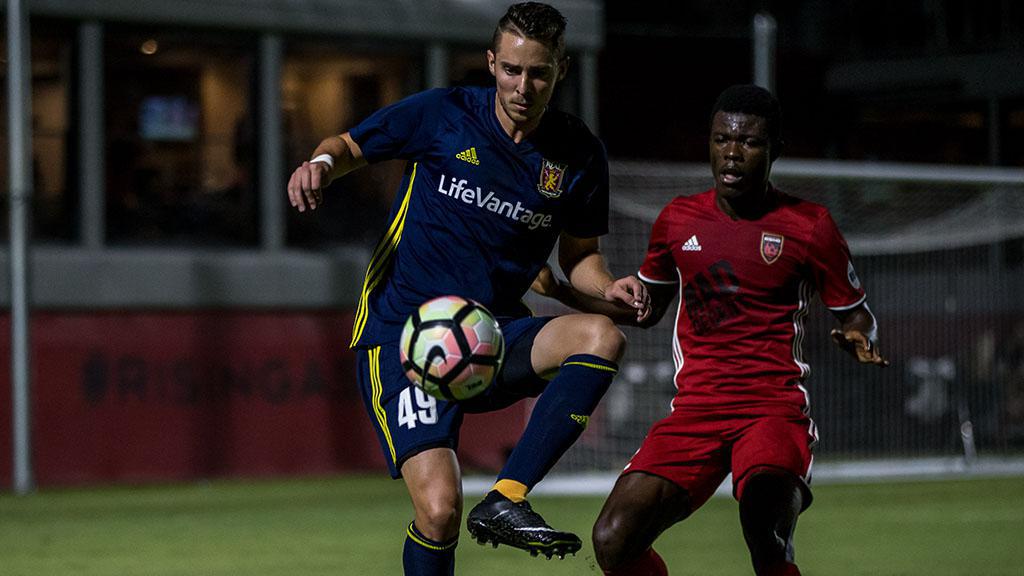 SANDY, Utah – It is no secret that Real Monarchs SLC has been the dominant force in the USL this year, and a key part of that has been their leading goal scorer, Chandler Hoffman. With 14 goals on the season, matching his single-season high in the league of a season ago with five games to go, Hoffman continues to be a star in the league for his new club.

Hoffman made the move to the Monarchs following another strong season for Louisville City FC, where he scored 14 regular-season goals in 2016, but was ready to move in 2017. It was having a big role in Utah which eventually sold the forward on the move.

“At the end of the year last year I knew I wanted to make a move, so we talked with the Monarchs, and saw their vision, and I knew it was something I wanted to be a part of,” said Hoffman. “Being the leader of the team was something else, and I wanted to take on that role and come here.”

But one player cannot carry a whole squad, and while Hoffman is pleased to be a leader, he knows that he is just one of many impressive players for the Monarchs. Sebastian Velazquez has notched seven goals, while Charlie Adams shares the club's assist-lead alongside Hoffman with seven, and the steady contributions of midfielder Nick Besler have seen the younger brother of U.S. Men's National Team defender Matt Besler earn an MLS deal with Real Salt Lake earlier this season.

Seeing that strong squad upon his arrival to preseason training meant seeing the Monarchs top of the league is no surprise to Hoffman.

“When the group got together down in preseason, we were looking around and thought that we had a good team that could do something really special,” said Hoffman. “I think they did a great job of assembling us, and if you look at the core of the team between me, Sebastian, Nick, Charlie, it’s just experienced guys down the spine of the team, we knew we could be a really good group.”

With that group the Monarchs have gone on a phenomenal run this season. After suffering an early defeat to Rocky Mountain rival Colorado Springs Switchbacks FC, the side went on a USL-record nine-game winning streak that pushed the Monarchs past fellow fast-starter San Antonio FC and to the top of the USL Western Conference. The Monarchs were also the first team to earn a place in the 2017 USL Cup Playoffs, and have the inside track to the first silverware of the season in the USL Regular Season Championship.

Those achievements have come about thanks to the high standard and high expectations set forth within the group by both Head Coach Mark Briggs and the players themselves, something Hoffman is proud to be part of.

“I think it showed right away, the level we wanted to be at, and just the standard we were going to hold each other to for the rest of the season,” said Hoffman. “Having guys that have been on teams that have won MLS Cups, they know what it takes, so for me, it was a great opportunity to implement that in to our locker room. I think it’s shown with our performances on the field this year.” 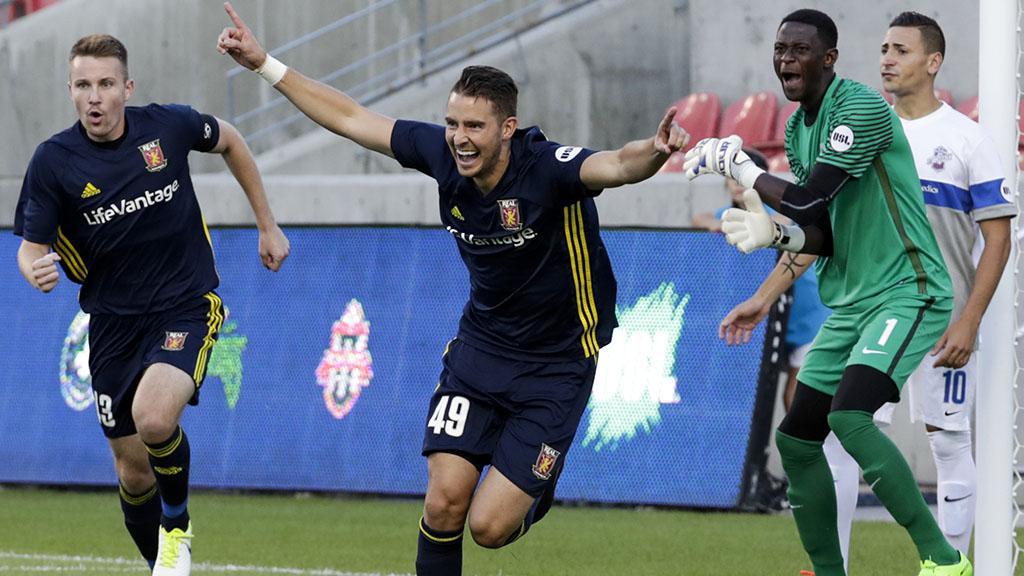 It's also something Briggs has seen, with the former USL player having taken the reins after the opening game of the season when Mike Petke was promoted to the same role with Real Salt Lake. Brigg's uncompromising attention to detail has been noticeable in the performances his side has put forward to earn a first postseason berth in club history.

“I think it’s important that everyone understands the standards that the club now has, the accountability that we put on each individual, and what’s expected from each individual performance,” said Briggs. “As the season’s developed I think the players have understood I’ve been not allowing them to dwell on the success they’ve had so far. We haven’t achieved anything yet.”

There is certainly still work to be done for the Monarchs, but they’ve already gone a long way to achieving something this season. As they continue their pursuit of silverware both in the regular season and the USL Cup Playoffs, Hoffman will have a big role to play.