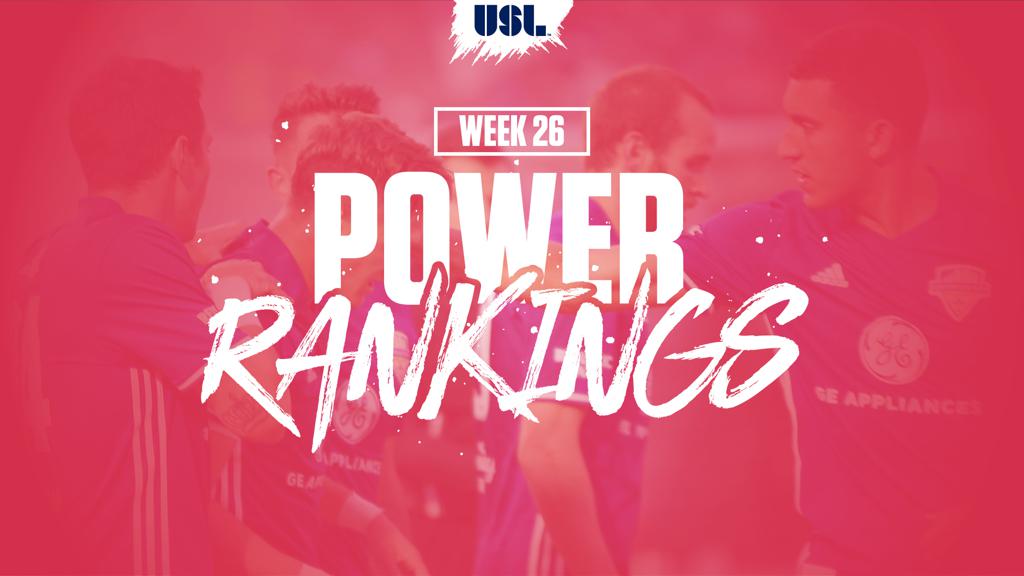 It wasn’t the best weekend for teams at the top of the standings in both the USL Eastern and Western Conferences, with none of the top three going in finding victory over the past three days. But while Louisville City FC retains its top spot in the USLSoccer.com Power Rankings after a comeback draw against Bethlehem Steel FC on Friday night, the biggest mover of the week is the form team in the Western Conference.

Phoenix Rising FC’s eight-game undefeated streak has left it currently needing four wins from its last seven games of the season, and with the way the rest of the sides surrounding it have performed those 12 points might not all be needed by the time to clinch a first playoff berth.

Considering Phoenix has taken four victories in its last five games, the postseason spot that has previously eluded the club seems almost certain to be claimed in the next few weeks. A large portion of the applause for that success should be given to Head Coach Patrice Carteron, whose system and adjustments have paid off consistently since his arrival. The side has gone 7-2-7 with a +7-goal differential since June 10’s victory against Vancouver Whitecaps FC 2, and is looking like a side that’s going to be not impossible, but certainly difficult to defeat when the playoffs arrive.

As we learned in last season’s postseason, when the bottom three seeds took victory in the Western Conference Quarterfinals, anything can happen. Phoenix might be the side to do it this year.

1. Louisville City FC (50pts)
Last Week: D 2-2 vs. Bethlehem Steel FC
Louisville rallied twice to earn a point, which eventually booked it a place in the playoffs on Saturday night thanks to Orlando City B’s defeat to Saint Louis FC. The effort was certainly there in front of another great crowd of 8,303 for the first Friday night game in club history, but Louisville will wanted to sharpen up in the midfield as the dangerous Wal Fall and Kenardo Forbes come to town on Wednesday night with the Rochester Rhinos. 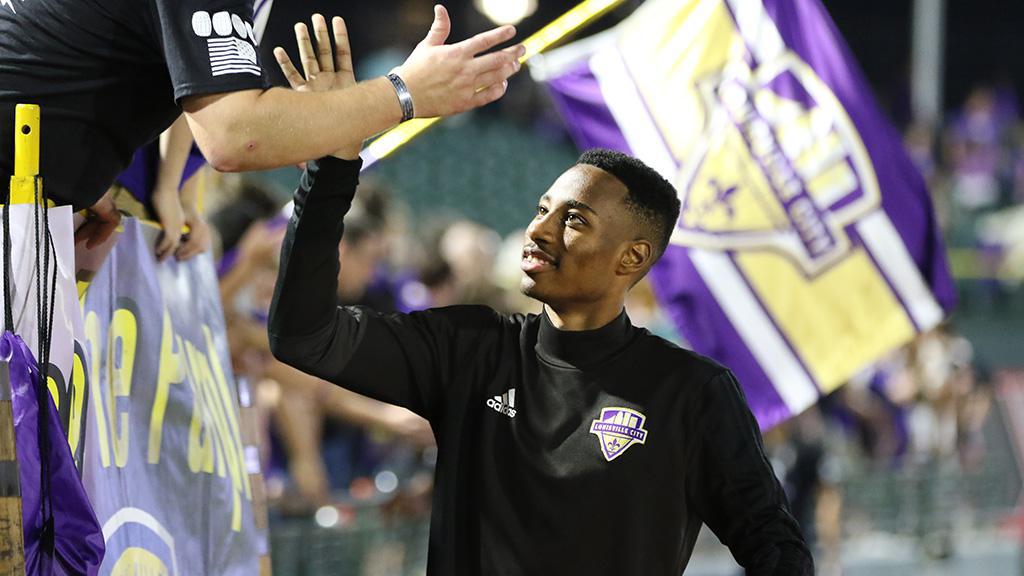 2. Reno 1868 FC (38pts)
Last Week: L 1-0 at Rio Grande Valley FC
There shouldn’t be any major cause for concern after Reno’s first loss since Aug. 2 on Saturday night, but getting back in front of their home fans will probably do 1868 FC a world of good. With the visitors being OKC Energy FC, the team that defeated Reno in that Aug. 2 matchup, there is also a small incentive for revenge in addition to the carrots of a place in the playoffs and the USL single-season goal-scoring record.

3. San Antonio FC (35pts)
Last Week: W 1-0 at Orange County SC, L 5-2 at Swope Park Rangers
Given the road trip that preceded it, and the knowledge it had locked up a playoff place on Wednesday night in its prior outing, there should be plenty of understanding as to the performance San Antonio turned in against the Swope Park Rangers on Sunday. The side still sits in second place in the Western Conference standings, and while it would have loved to have taken advantage of the open door left by Real Monachs SLC the previous night to close that gap further, there shouldn’t be too much read into the missed opportunity.

4. Real Monarchs SLC (33pts)
Last Week: L 2-0 at Phoenix Rising FC
The Monarchs will have been thankful to see all of the other sides that could contend for the USL Regular Season Championship falter over the weekend as their first three-game winless streak of the season arrived in Phoenix. With only one shot on goal against Rising FC on Saturday night, getting the offense back into a high gear will likely be the focus this week ahead of Orange County SC’s visit on Friday night.

T-5. Charlotte Independence (28pts)
Last Week: D 1-1 vs. Ottawa Fury FC
A playoff place still waits to be clinched by the Independence after Saturday’s draw with Ottawa, with its rescheduled trip to Charleston offering a clear chance to book a place in the postseason against its regional rival. After Louisville’s draw on Friday night, though, the lack of a win on home turf against a side sitting out of the playoff positions will probably feel like a missed opportunity to close the gap at the top of the Eastern Conference.

T-5. Phoenix Rising FC (28pts)
Last Week: W 2-0 vs. Real Monarchs SLC
If anyone remained unconvinced by Rising FC’s playoff credentials, victory against the Western Conference-leader put forward a very good argument. Now undefeated in its last eight games, Phoenix kicks off a three-game trip to the Pacific Northwest on Wednesday night that could see it clinch a playoff place if other results fall right by the time it returns to Arizona. 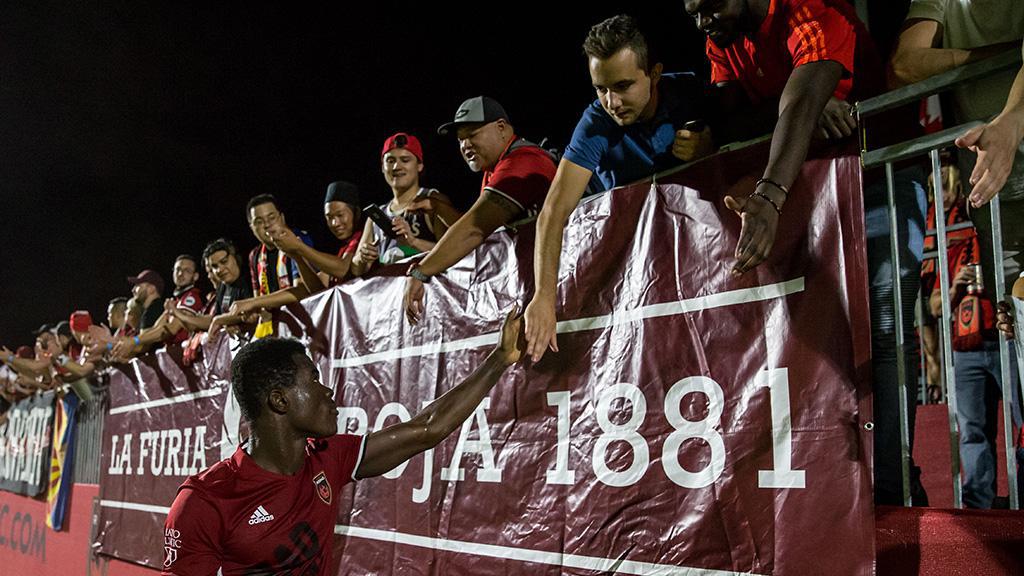 7. Swope Park Rangers (22pts)
Last Week: W 5-2 vs. San Antonio FC
The Rangers put in their best performance of the season to sweep past San Antonio FC on Sunday afternoon, and while there were mitigating circumstances for SAFC, it was still impressive to see Swope Park find sharpness in the attacking third after running hot and cold in recent games. A visit to Colorado Springs is up next, and the chance to build keep the pressure on the top three.

T-8. Rochester Rhinos (10pts)
Last Week: D 1-1 at Pittsburgh Riverhounds
The Rhinos showed again why they’re a difficult side to beat as Joe Farrell’s 90th-minute goal earned a point against the Riverhounds, but Rochester has less leeway to a top-two finish after its second consecutive draw. Wednesday night’s visit to Louisville should be a must-see in what would be a potential Eastern Conference semifinal as things lie in the standings.

T-8. Charleston Battery (10pts)
Last Week: W 1-0 vs. Richmond Kickers
The Battery managed to emerge with a victory on Saturday night against the Richmond Kickers despite playing the second half down a man due to Romario Williams’ sending off, and pushed back up to third place in the conference as a result. Charleston will be hoping it can replicate its performance against a much tougher opponent in the Charlotte Independence on Wednesday. With a win, and a Louisville win against Rochester at the same time, suddenly second place might not be out of the question.

10. Sacramento Republic FC (9pts)
Last Week: W 2-1 vs. LA Galaxy II
Two consecutive comeback wins have righted the ship for Sacramento, which is now fifth in the USL Western Conference after its victory against the LA Galaxy II on Saturday night. With Villyan Bijev starting to come to the fore three weeks after his arrival on loan from the Portland Timbers 2, Sacramento could come close to cementing its fourth consecutive playoff berth when it hosts OKC Energy FC on Saturday.