Hosts come through in front of 30,417 in high-stakes victory 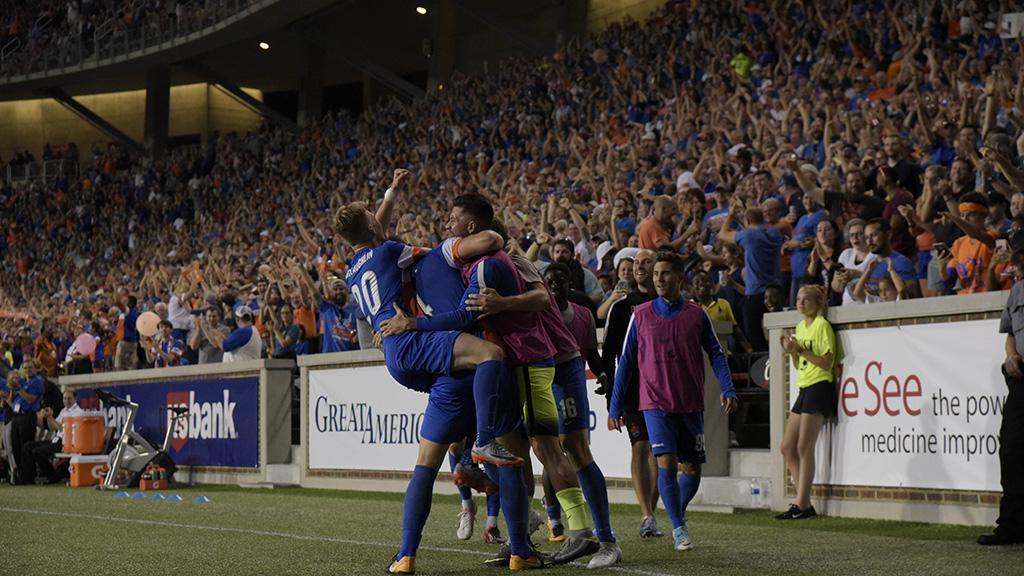 CINCINNATI – Before a USL-record crowd of 30,417 against an opponent it had never defeated in a game it had to win, the stakes couldn’t have been much higher for FC Cincinnati on Saturday night.

After earning a 4-2 victory against the New York Red Bulls II on Saturday night at Nippert Stadium in a pulsating clash that saw both teams perform at their best in the attacking third, FCC’s hopes of a return to the USL Cup Playoffs were very much alive as the side moved to sixth place in the USL Eastern Conference after its regular-season home finale.

Having suffered back-to-back defeats to the Red Bulls’ organization earlier this season – a deflating 3-2 defeat in the Lamar Hunt U.S. Open Cup Semifinals before a stunning 4-0 defeat to the Red Bulls II in league play a few days later – the performance served as one of the best the side has put in this season.

“It’s good to finally beat New York,” said midfielder Kenney Walker. “I hadn’t thought about it much, besides the fact that we lost in the Open Cup, but you have to beat someone for the first time eventually. It doesn’t matter who you go up against. If you put up the performances that we did today, it should prove itself.”

As he has been so often this season Walker was at the center of the display. The midfielder set up the opening goal in the fifth minute, his in-swinging corner kick from the left being flicked in at the near post by Cincinnati native Austin Berry as the captain celebrated his return to the side with a goal. Walker also set up Harrison Delbridge’s piledriver of a finish midway through the second half as the center back lashed home a shot into the top-right corner to make it 3-1, and then capped his performance with a fine free kick from 20 yards five minutes later for his first league goal of the season.

“Kenney [Walker] and Corben [Bone] are both fantastic players and people,” said FCC Head Coach Alan Koch. “It was great to see them get the goals tonight because they’ve just worked so hard all season. They don’t always get rewarded for what they do, but you almost appreciate them more when they aren’t playing. They deserved this tonight.”

If not for Delbridge’s stunning finish, Bone’s goal that restored FCC’s lead just past the half-hour mark might have stood as the best strike of the night. The midfielder’s first league goal of the season, a well-struck finish from 25 yards that found the top-left corner in the 32nd minute was still a major reason for celebration for the former Chicago Fire man, who only a week earlier had been celebrating the birth of his son Brooks Marcus Bone.

“I was overwhelmed tonight to score in the way that I did, in front of our fans, in front of my family, and everyone,” said Bone. “It was just so meaningful in many ways. Set-ups and the way the ball bounced tonight is like a dream for midfielders. My instincts took over and you just have to take the chance and I just watched it hit the back of the net.

“This week has been beyond emotional. I give so much credit to everyone in that locker room and my family, and to end this week on this type of high, I am speechless.”

As big as Saturday’s result was, though, FCC knows it isn’t out of the woods when it comes to securing a playoff berth. A trip to Saint Louis FC next Saturday night opens up a four-game road trip to conclude the regular season, with STLFC itself also desperate to continue its push for a playoff berth after a 2-0 win against Orlando City B on Saturday night.

“It was a good three points because we needed that to push forward, but next week is a new week and we still have to show up,” said Walker. “We can go out there and not score, or we can put away four goals again. It depends how the ball bounces. We’re going to work hard and push on to fight for a home playoff game. I think the goal in its entirety is to just make the playoffs.” 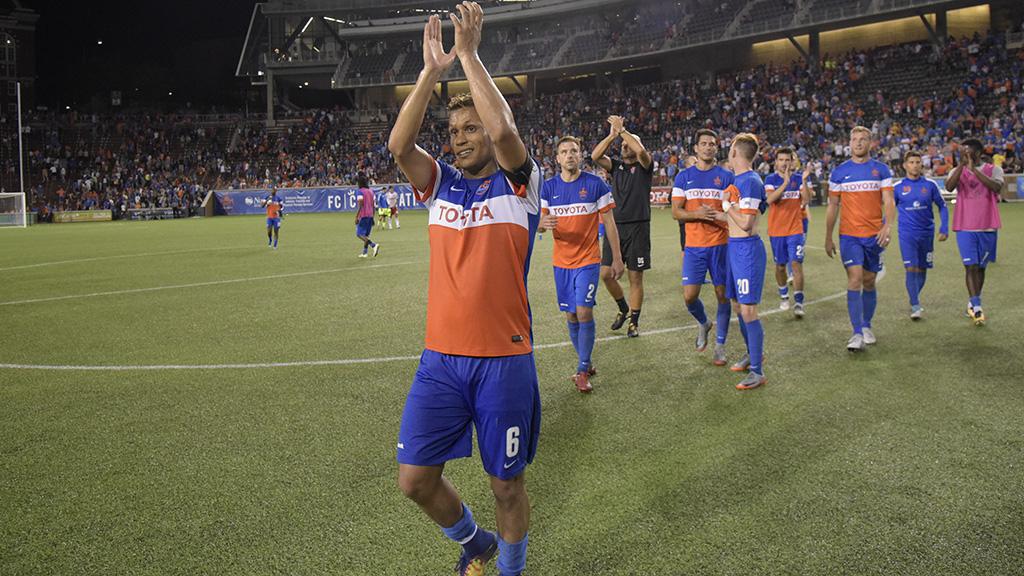 With the side now sitting in the top eight in available points in the Eastern Conference, and needing 10 points from its final four games to be sure of a playoff place, FCC’s fate rests in its hands. If it executes in the manner it did on Saturday night, the playoffs surely beckon.

“I’m very proud of every single player as they all stepped up to take care of the details,” said Koch. “We stuck to the game plan for a full 90 minutes.”