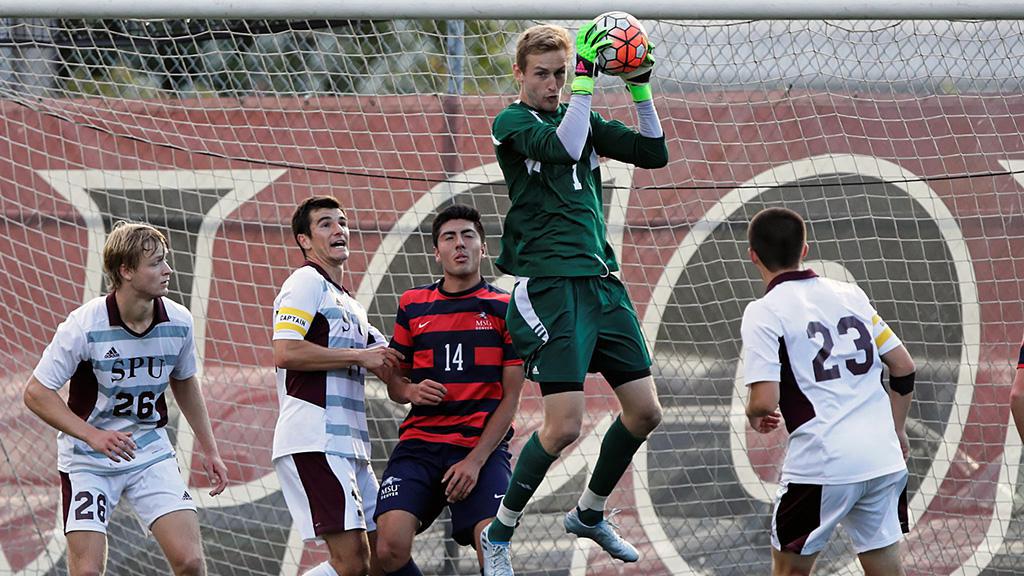 SEATTLE – Seattle Sounders FC 2 announced on Thursday the club had signed goalkeeper Cody Lang. A four-year starter at Seattle Pacific University from 2013-2016, Lang officially joins the club after training with S2 for most of the 2017 campaign. He is eligible for selection on Saturday evening against Colorado Springs Switchbacks FC at Starfire Stadium.

"We are very excited for Cody to get this opportunity," said Sounders FC Director of Player Personnel Kurt Schmid. "He has shown great effort and attitude throughout the season at training sessions, and he is deserving of this chance to sign his first professional contract."

A native of Spokane, Wash., Lang redshirted in 2012 before starring at Seattle Pacific for four seasons. The 6-4 goalkeeper earned 2015 GNAC Conference Defensive Player of the Year honors and holds the all-time conference record with 28 career shutouts. He participated in three NCAA Tournaments and finished his collegiate career with a 46-13-12 record.

"Cody has been on our radar for a while now and he has done well with our group in training sessions," Sounders FC 2 Head Coach Ezra Hendrickson said. "He brings talent and depth to our goalkeeping corps."

Lang is the first S2 goalkeeper to sign a USL contract this season. First Team goalkeepers Tyler Miller and Bryan Meredith have both seen significant minutes for S2, while Academy players Sam Fowler and Trey Muse are also eligible. With Muse recently beginning his freshman campaign at Indiana, it provided an opportunity for Lang to step in.