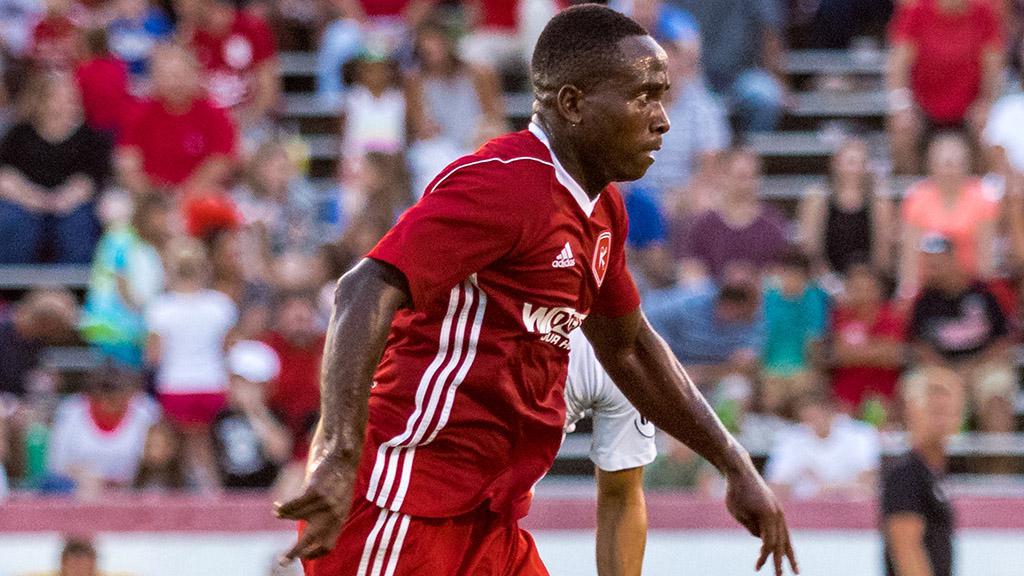 TAMPA, Fla. – Richmond Kickers midfielder Sunny Jane has been voted the USL Player of the Week for Week 25 of the 2017 season. Jane recorded a goal and also set up the game-winner, as the Kickers handed Orlando City B a 2-0 defeat last Thursday at Orlando City Stadium to break OCB’s 12-game undefeated streak. 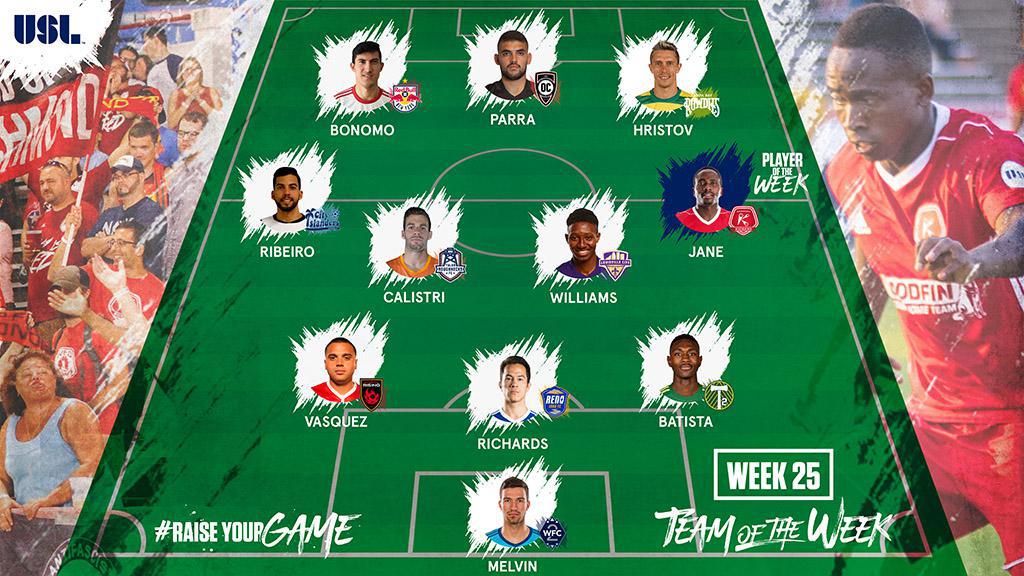 D – Victor Vasquez, Phoenix Rising FC: Vasquez recorded five tackles and four interceptions over Rising FC’s two outings over the week as the side earned a win and a draw.

M – Pedro Ribeiro, Harrisburg City Islanders: Ribeiro notched the game-winning goal against Saint Louis FC and also notched an assist earlier in the week against the Tampa Bay Rowdies for the City Islanders.

M – Joey Calistri, Tulsa Roughnecks FC: Calistri had the game-winning goal and an assist as the Roughnecks earned a 3-1 victory against Vancouver Whitecaps FC 2 to finish their trip to Cascadia with seven points.

M – Speedy Williams, Louisville City FC: Williams scored his first goal of the season from the penalty spot to cap an outstanding midfield performance that saw him complete 81 of 95 passes and win all eight of his regular and aerial duels.

M – Sunny Jane, Richmond Kickers: Jane scored one goal and set up the other with a well-delivered free kick as the Kickers ended Orlando City B’s 12-game undefeated streak on Thursday night.

F – Irvin Parra, Orange County SC: Parra’s first goal for Orange County lifted the side to a crucial 2-1 victory against the Swope Park Rangers that pushed OCSC back into the playoff picture.