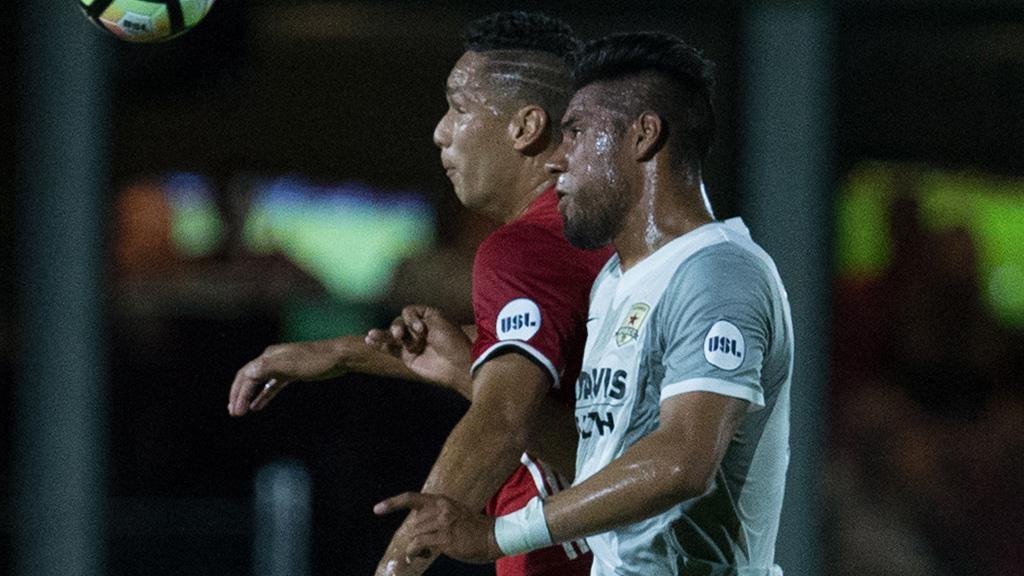 PHOENIX – Chris Cortez had a goal and two assists as Phoenix Rising FC took a 3-1 victory against Sacramento Republic FC in front of 5,693 fans at Phoenix Rising Soccer Complex on Saturday night. Rising FC almost scored 16 seconds in as a low cross by Jason Johnson came to Alessandro Riggi, but the winger shot over the crossbar. The hosts struck first in the 10th minute, however, as Shaun Wright-Phillips’ corner kick from the left found Chris Cortez at the near post to flick home a header. Cortez was denied by Republic FC goalkeeper Evan Newton in the 18th minute, while Sacramento’s Emrah Klimenta flashed a shot wide of the left post from 25 yards in Republic FC’s first good look at goal in the 32nd minute. Phoenix doubled its lead three minutes into the second half as a good combination between Cortez and Johnson set up the Jamaican for a low finish to the left corner, but Sacramento immediately hit back as an initial shot by Agustin Cazarez was parried by Rising FC goalkeeper Carl Woszczynski, but Trevin Caesar tapped home the rebound. Rising FC quickly regained its two-goal lead, though, as a half-cleared corner was sent back into the penalty area by Cortez, and Peter Ramage headed home. Riggi almost added a fourth for Phoenix soon after, only for Newton to make a big save for Republic FC, and Sacramento’s goalkeeper also tipped over a long-range effort by Matt Watson with 18 minutes to go. Caesar almost added a second for Republic FC with 12 minutes to go, only to find the side-netting, and Phoenix closed out the game late to take an important win for its USL Cup Playoffs pursuit.

Chris Cortez, Phoenix Rising FC – Cortez had a goal, two assists and three other key passes to lead Rising FC to an important victory in its pursuit of the postseason.