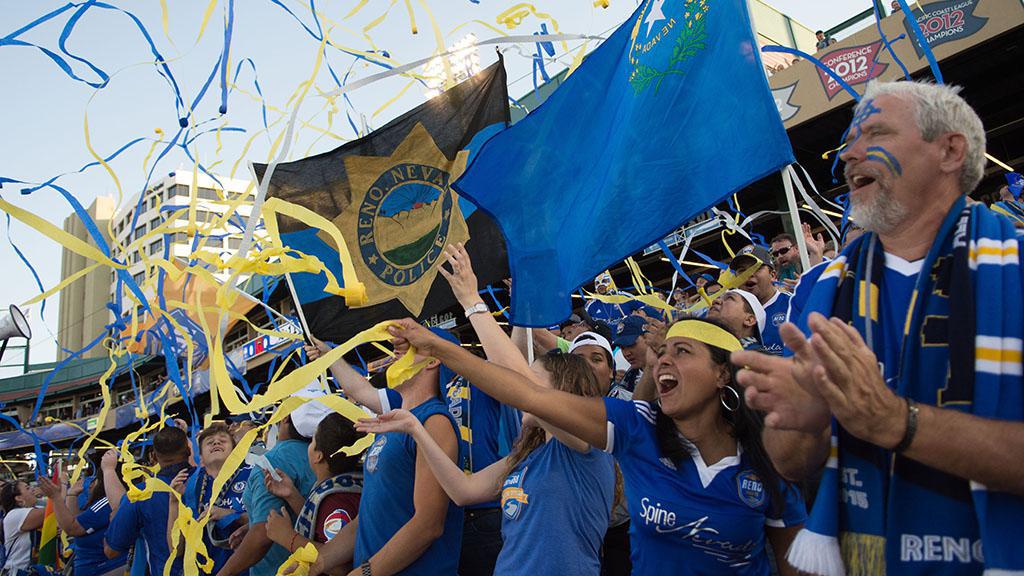 RENO, Nev. – Make your way toward Section 102 at Greater Nevada Field, where the Battle Born Brigade calls its home for Reno 1868 FC home games, and in addition to the noise being created through songs and drums, the biggest thing you might notice is the variety of ages and backgrounds that make up the group.

According to BBB member Drew Hall that was the goal from the inception of the group, and the club.

On the night SAFC visited Reno, in addition to the regulars that have formed the group’s backbone, there were players from the University of Nevada-Reno’s basketball and soccer teams mingling in the section. At halftime, a youngster sitting in their parent’s lap took over on the drum, while new friends and acquaintances were being made around them.

For the likes of Hall, a native of England, and Hunter Leach, a Reno native, the way Reno’s community has embraced its new club has been tremendous to see.

“It’s incredible,” said Leach. “We have a lot of transplants here in Reno, people who have moved here from all over, all of us soccer fans, and we never really thought we’d would get a team here. To have this team, and to see the support it has already in its first season to where we’re in the top 10 for attendance and are doing so well, it’s more than anyone would have expected. It’s incredible.” 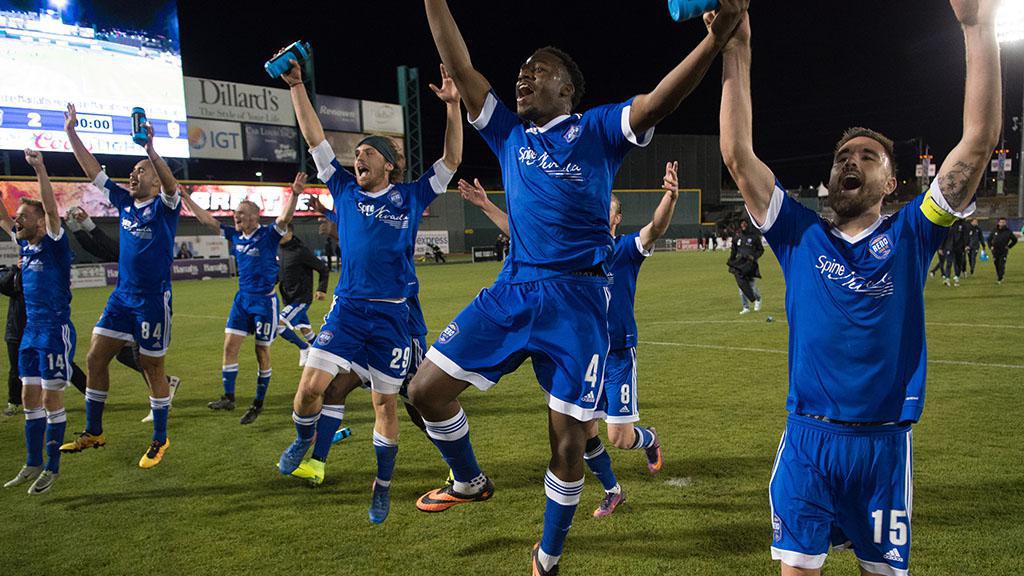 1868 FC has given its fans plenty to cheer about already this season. The only time the side has lost at Greater Nevada Field was in its inaugural home opener against Orange County SC. Entering Saturday’s game with the Swope Park Rangers, Reno is on a 10-game home undefeated streak, with San Antonio’s 2-0 defeat two weekends ago the latest big result the side has notched to move within range of the top three in the Western Conference.

Reno’s success hasn’t been limited to its home games, though. Last Saturday’s 2-1 win against Sacramento Republic FC at Papa Murphy’s Park was the club’s fourth in its last five games. It was also witnessed by a large contingent from the Brigade, who bussed together for just over two hours to be part of the contest.

Trips to Sacramento and Phoenix Rising FC this season, and the prospect of road games with Fresno FC and new in-state rival Las Vegas next year, are exciting for the group. The distances might be a little further than Hall was used to as a fan in England, but the camaraderie that comes on the road is more than worth it. 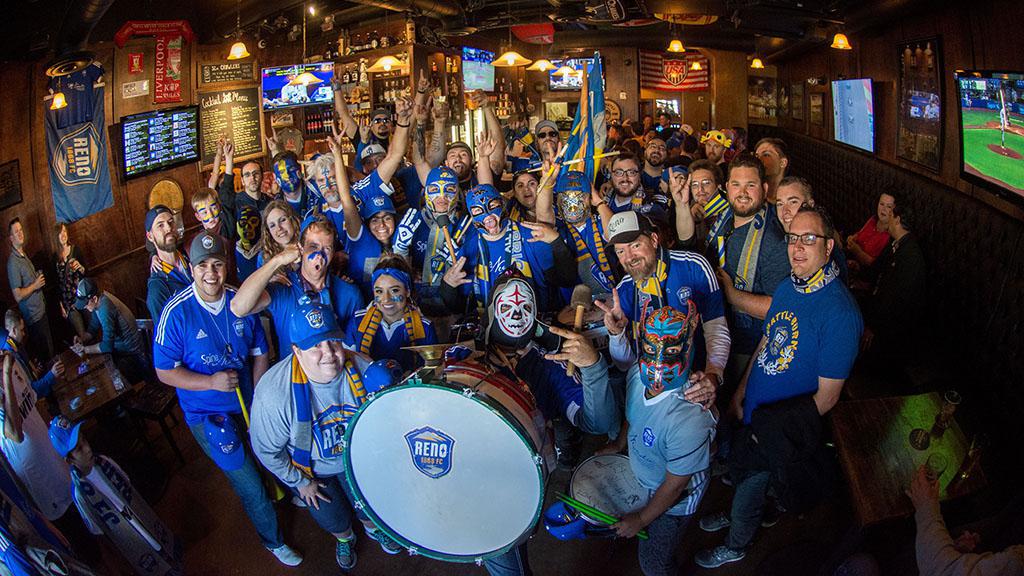 And as the Brigade brings the noise behind its goal, the wide cross section that makes up the Reno community is highly visible around the rest of Greater Nevada Field. As a born-and-raised native, Leach has been thrilled to see the community pride the club has added to a growing city.

“It’s something that’s really good for the growth of Reno,” said Leach. “It reflects really well on the city, and it gives everyone here something else to be excited about and proud of.”