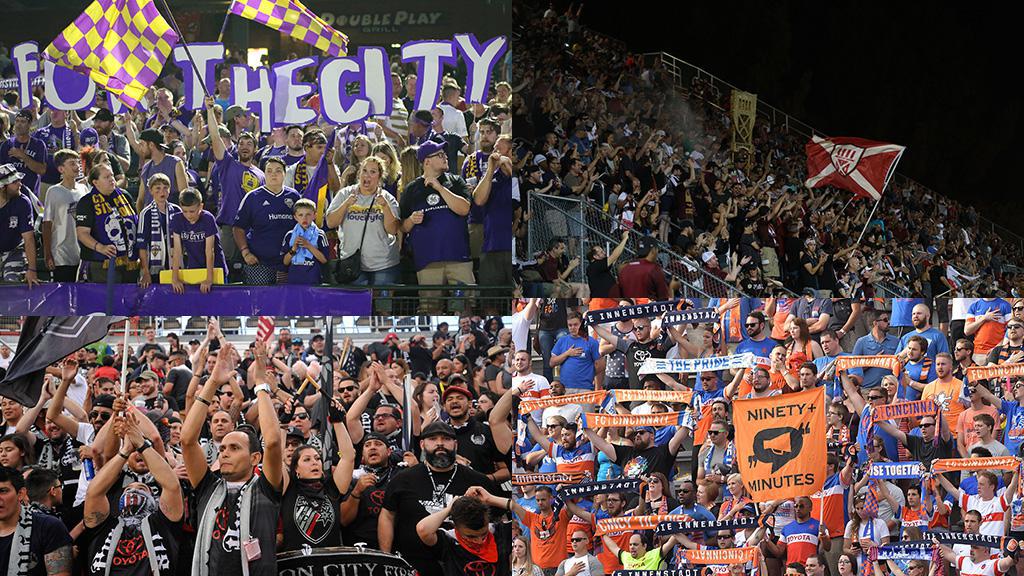 TAMPA, Fla. – A record-setting night of midweek action pushed the United Soccer League to surpass 1.5 million in total attendance for the 2017 USL regular season on Wednesday night, as the league’s fans continue to turn out in record numbers. Coming only six-and-a-half weeks after the league reached the one million attendance mark, fan interest in the USL continues to surge across the country as the race for the 2017 USL Cup Playoffs kicks into high gear.

The league entered the night at a total attendance for the 2017 season of 1,471,949, and with almost 31,000 fans combined in attendance in the first three games of the night at Nippert Stadium in Cincinnati, Slugger Field in Louisville, Ky., and Toyota Stadium – Saint Louis in Fenton, Mo., the league surpassed the 1.5 million-mark. The night’s attendance also continued to propel the league toward surpassing two million fans by the end of the regular season.

“The passion our fans have demonstrated throughout this season has been unprecedented, and tonight shows just how far the league has come on and off the field in the past three years,” said USL President Jake Edwards. “For the league to potentially average more than 10,000 fans per game on a Wednesday night speaks to the high level of thrilling entertainment our teams have delivered this season – particularly as the battle for the playoffs reaches a key stage – and the rising desire for quality professional soccer across the United States and Canada.”

FC Cincinnati maintained its record-setting average attendance this season of more than 20,000 fans per game as it welcomed 20,058 into Nippert Stadium for the club’s crucial clash with Ottawa Fury FC. Another strong crowd of 6,763 was also on hand for the USL Game of the Week on ESPN3 between Louisville City FC and the Harrisburg City Islanders, with Louisville having entered the night averaging more than 9,000 fans per game this season, a rise of more than 25 percent on 2016.

Saint Louis’ crowd of 4,152 sent the league past 1.5 million, with contests later in the night between San Antonio FC and Vancouver Whitecaps FC 2 at Toyota Field and an anticipated sellout when hosts Sacramento Republic FC take on the Swope Park Rangers at Papa Murphy’s Park in Wednesday’s final game set to bolster the night’s great crowds.

The 2017 USL regular season continues this weekend with a 12-game slate of action that includes a historic rivalry clash between the Richmond Kickers and Charleston Battery at City Stadium, and games with major playoff implications in both the USL’s Eastern and Western Conference.