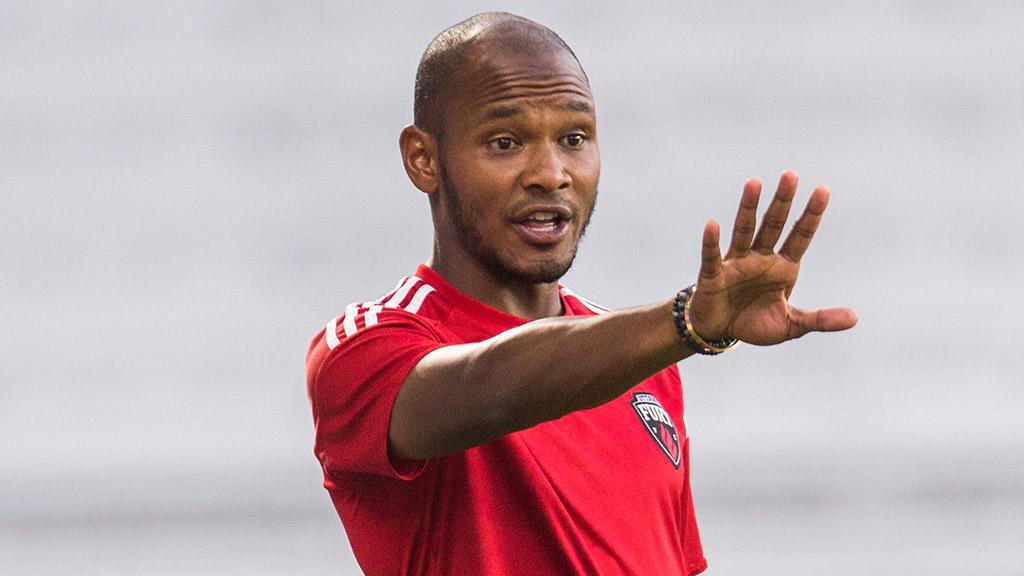 ST. PETERSBURG, Fla. – When he was informed last week that he had been promoted to both interim Head Coach and General Manager of Ottawa Fury FC, it brought Julian de Guzman back to a moment early in his career, when he played for Ralf Rangnick at Hannover 96 in the German Bundesliga.

“[Rangnick] threw me into a game, starting against Borussia Dortmund, and I hardly expected that moment,” said de Guzman. “It’s kind of similar to how it is now and being put in this position. I was in the 13, not expecting to start, but Ralf pulled me aside and told me I’m starting against Borussia Dortmund. I’m a 21-year-old Canadian hearing that, and it stays with me now that I’m 36, getting the job as a head coach and a GM.”

De Guzman certainly wasn’t expecting to be told the day before Fury FC began its three-game road trip that concludes on Wednesday night against FC Cincinnati that he had been promoted to the two roles after Paul Dalglish’s resignation last week. After eight months as Dalglish’s righthand man after retiring from the competitive game this offseason, the former standout Canadian international is hoping to take what he learned from his predecessor as Fury FC pushes for a place in the USL Cup Playoffs.

The influence of the likes of Rangnick – whose effect has been felt strongly across German soccer since the turn of the century – and his former managers at Deportivo La Coruna in the Spanish La Liga will also be something de Guzman draws from as he jumps into his first head-coaching role.

“Being under [Rangnick’s] wing and trying to understand his views and values, I learned a lot just from being around him,” said de Guzman. “That’s somebody I can reach out to now that I’m in this position. Being under him, and seeing how he went about it with young players, and then being in Spain and the way that they view football, when I was under [Joaquin] Caparros and [Miguel Angel] Lotina … for me to be able to get that education from these individuals, it’s definitely highly influenced my way of thinking.” 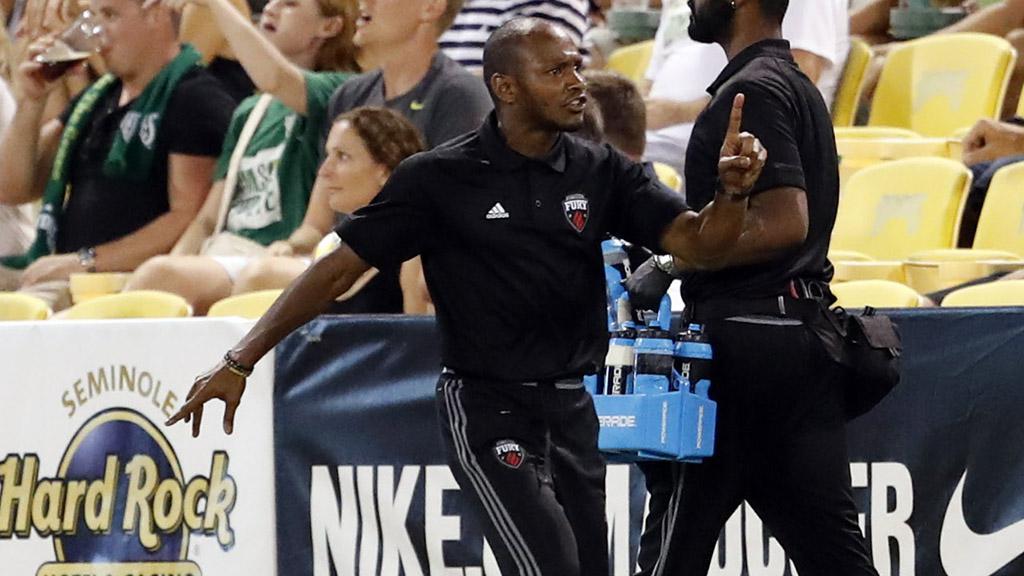 Fury FC finds itself in a challenging position with 10 games to go in the regular season, sitting three points out of the eighth and final playoff position going into Wednesday night’s game. Ottawa has shown glimpses of what it can be capable of – a 3-1 victory against current Eastern Conference leaders the Charlotte Independence on Aug. 12 as a good example – but now the side needs to find performances like that on a consistent basis to live up to the potential de Guzman believes it has.

“We are a playoff team, we have the qualities of a playoff team, and I strongly believe in what the guys can produce,” said de Guzman. “I’ve been their coach for eight months, learned a lot what they’re about as a team, as individuals. We have high expectations for ourselves, so it’s important now that it’s crunch time in the push for the playoffs that we’re able to manage this pressure. We need to approach it in a professional manner, and I think these guys are equipped for that.”

Fury FC’s host on Wednesday night, Cincinnati, faces similar pressures, also sitting outside the playoff positions. Should Ottawa take victory, though, it would set up a massive game on Sunday against the New York Red Bulls II at TD Place, another theoretical six-pointer in terms of the Eastern Conference playoff race.

The opportunity that lies ahead, both for the club and for de Guzman personally, has certainly made for some restless nights over the past week.

“Since I got the job, I haven’t gotten much sleep, to be honest,” said de Guzman. “The excitement and just the opportunity to do something right for this club. It’s going to be a really strong last third of the season, but I think the confidence that the guys have – that they’re going to be able to deliver as a group – it continues to get stronger and stronger every day on the training ground, after every game so far, and it’s important to continue to build that and make progress for the team.”