A memorable night turns historic, and the playoff races tighten 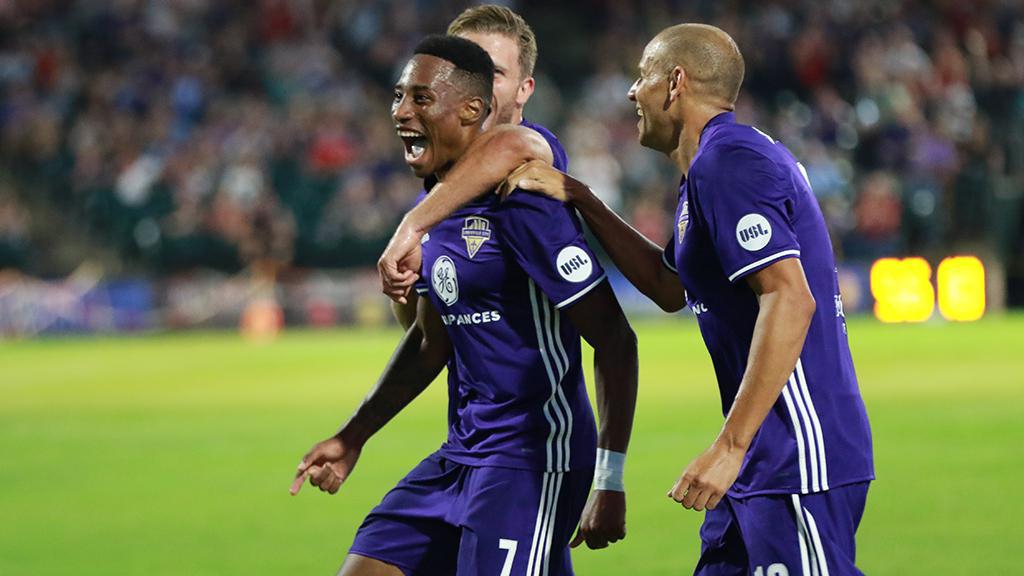 Rivalries topped the bill over the past weekend as Week 21 of the 2017 USL regular season came to a close, with one result standing above the rest as a potential game-changer at both the top of the Eastern Conference and around the red playoff line. Elsewhere, the revival of a club continued, and the favorites for the USL Regular Season Championship took what might be an insurmountable lead in their pursuit of the first silverware of the season.

1. GRAND SLAM: It’s doubtful there has been a clash between Louisville City FC and FC Cincinnati that had more anticipation leading up to it than Saturday’s River Cities Cup clash, with the stakes seemingly rising every time the two teams meet. The game proved historic – for all the right or all the wrong reasons, depending on your point of view – as Louisville recorded not only the most lopsided victory in the history of the series but also its widest margin of victory in a USL regular-season contest in the club’s history with a 5-0 drubbing. City’s ability to rebound from defeat with strong performances has been remarkably impressive this season – the team is now four wins out of four in the league after suffering a defeat – but with a club-record crowd of 13,812 cheering the side on, the only thing that might top Saturday’s victory would be lifting the USL Cup at the end of the season.

2. FIGHT ANOTHER DAY: Cincinnati, meanwhile, will likely burn the tape of Saturday’s contest. So little was there to take from a game that saw the side fail to record a shot even prior to Sem de Wit’s red card in the 36th minute and finish with only four shots on goal for the game. The case that Tuesday’s Lamar Hunt U.S. Open Cup Semifinal against the New York Red Bulls had drawn away attention from the contest could be made, as FCC looked as far from the races as it could have against an opponent that outflanked it at every turn. As big as Tuesday night promises to be for Head Coach Alan Koch’s side, the threat of missing the playoffs should have the side on high alert with nine games to go in the regular season, as focus appears an issue. 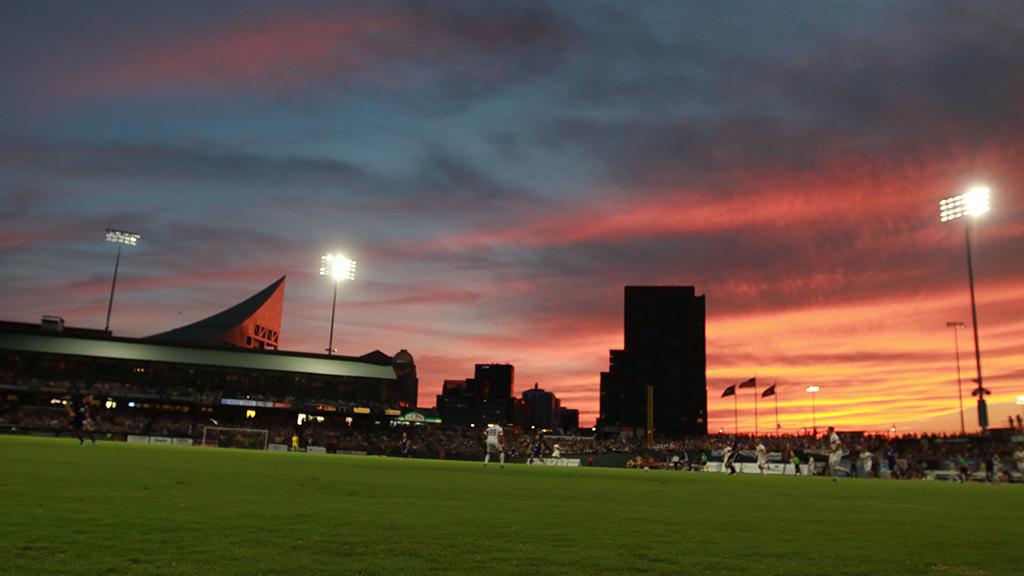 3. BACK IN THE HUNT: One of the teams that has FCC looking over its shoulder is Ottawa Fury FC, which brought to an end the Charlotte Independence’s 12-game undefeated streak with an impressive 3-1 victory at TD Place on Saturday night. The win was another upturn in a season that has seen Ottawa look excellent on some occasions, and surprisingly flat on others. Defeating the Eastern Conference’s leaders a week after letting a lead slip against a Bethlehem Steel FC side it is fighting for a playoff place offer examples of how frustrating Fury FC might be to follow. If the side can continue to play as it did on Saturday, a place in the top eight is likely waiting. If it can’t, it’s going to be touch-and-go.

4. CLAIMING THE THRONE: Real Monarchs SLC took the regular-season series from Colorado Springs Switchbacks FC with a 2-0 victory on Saturday night and also put itself in position to earn its first silverware as results elsewhere went strongly in the club’s favor. With Chandler Hoffman equaling his goals total from a season ago with a 14th goal of the season – only one back of the leaders in the race for the Golden Boot – the Monarchs are now 10 points clear of San Antonio FC, which has 11 games remaining. That’s a lead that isn’t insurmountable, but at the same time will require a mammoth effort, and the kind of letdown by Real that we haven’t yet seen this season. While Head Coach Mark Briggs won’t want it said, the Monarchs appear to have one hand on the shield.

5. SILVER STREAK: The Monarchs have one hand on the shield in part thanks to Reno 1868 FC, which continued to close the gap on the top three by handing San Antonio FC only its second loss of the season with a 2-0 win at Greater Nevada Field on Saturday night. Reno has become one of the best home teams in the USL in its inaugural season. Its loss to Orange County SC in the opening game of the season remains the only defeat it has suffered on home turf this year. In a predictably tight contest against a strong San Antonio side, 1868 FC’s victory came down to capitalizing on the chances that presented themselves. Aided by uncharacteristic errors by the visitor, 1868 FC now enters back-to-back games against Sacramento Republic FC and the Swope Park Rangers full of confidence, and with at least one home playoff game in sight. 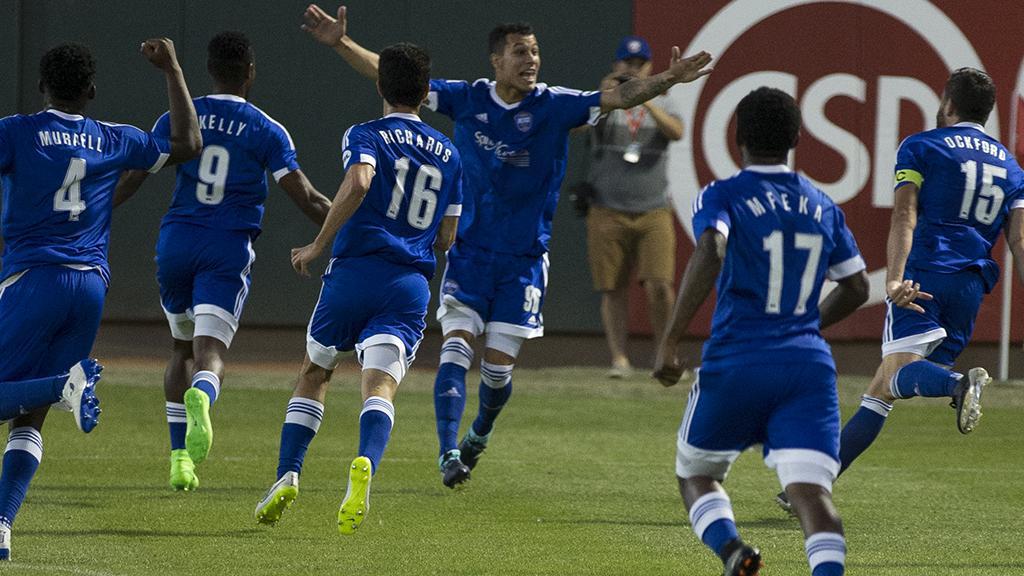 6. HOLDING TIGHT: Sacramento Republic FC’s 1-0 victory against the Portland Timbers 2 might have been closer for comfort than the side might have liked, but the fact remains that the side has now won four of its last five games and is in a strong position to also challenge both second-place San Antonio and third-place Swope Park down the stretch. Sacramento’s committed defensive work has allowed the side to hold leads well this season, and it needed to be good against a Portland side that again showed it’s likely better than its record indicates. With 22 tackles and 23 clearances on the game, Sacramento is now set up for its showdown with Reno next Saturday at Papa Murphy’s Park in what is one of Week 22’s marquee games.

7. CLAIM THE WRENCH: As satisfying as Louisville’s victory against Cincinnati was on Saturday, it was run a very close second by Tulsa Roughnecks FC. Earning a 2-1 victory against OKC Energy FC at ONEOK Field in front of an energized home crowd, the reception the players earned from the Roustabouts as they celebrated with the Gold Black Derby wrench after the game had been a long time coming. It certainly didn’t come easy for the Roughnecks, but a tremendous goal by Ian Svantesson and excellent goalkeeping display by Fabian Cerda made the difference in a result that not only earned the upper hand in the rivalry for the first time but also solidified Tulsa’s playoff credentials as well. 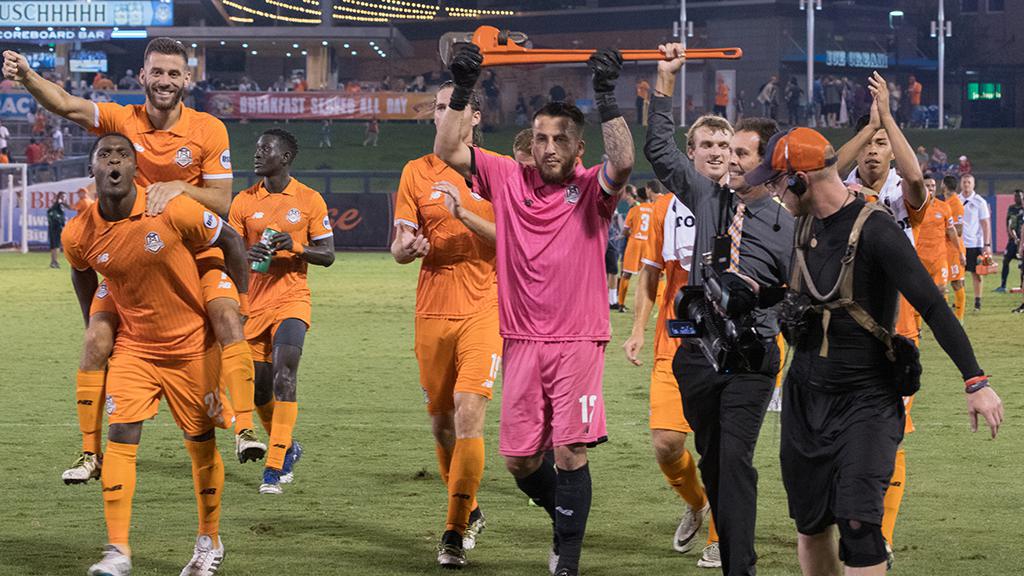 8. TIME TO MOVE: The Roughnecks’ next opponent on Tuesday night is Orange County SC in a game that will again be crucial for both teams in the race for the 2017 USL Cup Playoffs. The pressure figures to be on Orange County, however, as while the side claimed a creditable road draw with its 1-1 result against the Swope Park Rangers on Saturday, the side has yet to take advantage full of its games in hand on the teams around it in the race for the playoffs. Going into the game without a win in four games, OCSC needs to make a statement as it opens its new permanent home that this isn’t going to be a season that ends in disappointment on the wrong side of the red line.

9. DEFLATING FEELING: Sitting alongside Orange County with 13 games to play in the regular season is Phoenix Rising FC, which came agonizingly close to a big road victory against Rio Grande Valley FC on Saturday night, only for an implosion late in the game that left it with only a point, and still looking up at the playoff positions. For all their possession over the game, the Toros’ lack of finishing in the first five-sixths of the game – RGVFC’s first shot on goal arrived in the 75th minute – seemed set to doom the side to another tough defeat. With a two-man advantage in stoppage time as Phoenix’s Amadou Dia and Doueugui Mala both saw their marching orders in the final five minutes, though, the Toros finally broke through, dealing another blow to Phoenix’s playoff hopes.

10. BACK FROM THE DEAD: After Thursday night’s loss to Tulsa Roughnecks FC, time was not looking on Saint Louis FC’s side as it managed to tip away a two-goal lead in the first five minutes to trail the Tampa Bay Rowdies by a goal at halftime in Sunday’s game at Toyota Stadium – Saint Louis. The second half may have given the side a chance to salvage its season, however, as a 4-3 victory provided the most dramatic comeback of the weekend, and a massive three points for the hosts as Konrad Plewa played the last-gasp hero with his 89th-minute goal. Only two points behind the New York Red Bulls II, instead of a potential five, with 11 games to go, STLFC shouldn’t expect repeated success on this king of high-wire act in terms of getting results, but if this kicks off some more consistency moving forward, the side has the games in hand that can earn it a playoff berth.

11. STRONGLY FORGED: In the race for the playoffs, turning potential draws into victories is crucial to any team’s chances. After Bethlehem Steel FC’s 3-1 win on Sunday against Toronto FC II that saw the side tally late goals by James Chambers from the penalty spot and Chris Nanco to provide the insurance, the side now sits tied for third in the Eastern Conference with 10 victories this season. The boom-bust nature of Steel FC’s season which has seen the side draw only three times has led to fluctuations in its position, but there should be no mistaking that the side now sits in a very strong position with 11 games to go and could even be knocking on the door for a top-four place if things continue to go south for both the Charleston Battery and Tampa Bay Rowdies.