Club-record crowd of 13,812 treated to memorable victory vs. FCC 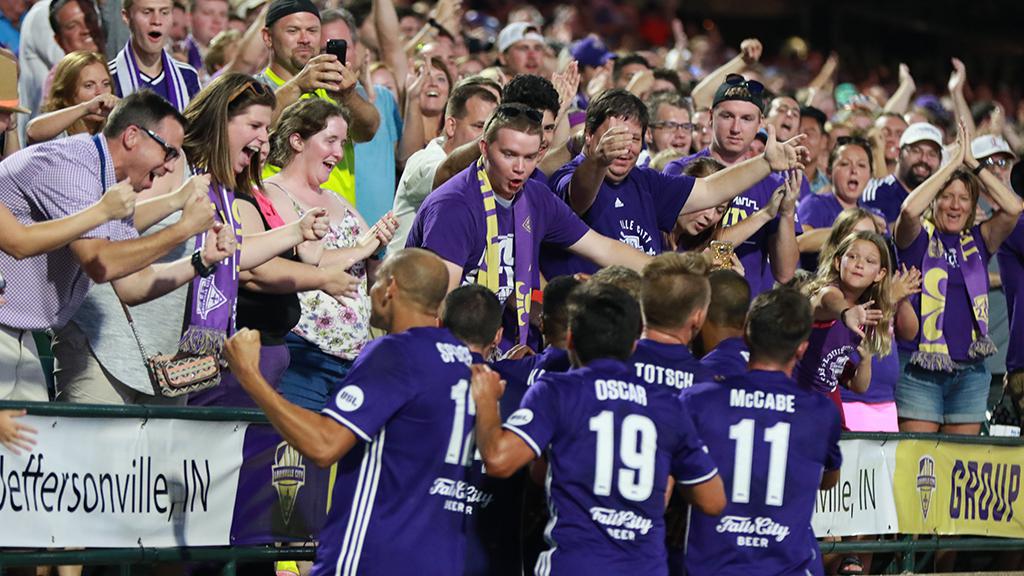 LOUISVILLE, Ky. – It was expected to be one of the most memorable nights in Louisville City FC’s history.

By the time the night was over, the club’s 5-0 victory against FC Cincinnati in front of a sellout crowd of 13,812 fans at Slugger Field on Saturday night proved historic.

“That’s how you draw it up, really,” said Louisville forward Luke Spencer. “We had talked about playing our best, wanting to give them our best performance, and we didn’t feel like we really did that before. Tonight, we felt like they got our best shot.”

A Cincinnati native who arrived in Louisville this offseason at FCC, Spencer was at the heart of the victory. After Niall McCabe gave the hosts the lead in the 16th minute, Spencer played a role in each of the next three goals, leading Louisville to its widest margin of victory in a USL regular-season contest. He also was the man brought down that led to Cincinnati being reduced to 10 men in the 36th minute, Sem de Wit dismissed after denying Spencer’s goal-scoring opportunity.

“For me he’s got such great ability and great talent,” said Louisville Head Coach James O’Connor. “He’s big. He’s strong. He’s quick. I touched on it when he scored his header against New York. He’s really strong — powerful in the air. But his attitude and his ability to be a team player has been one of the shining lights for us.” 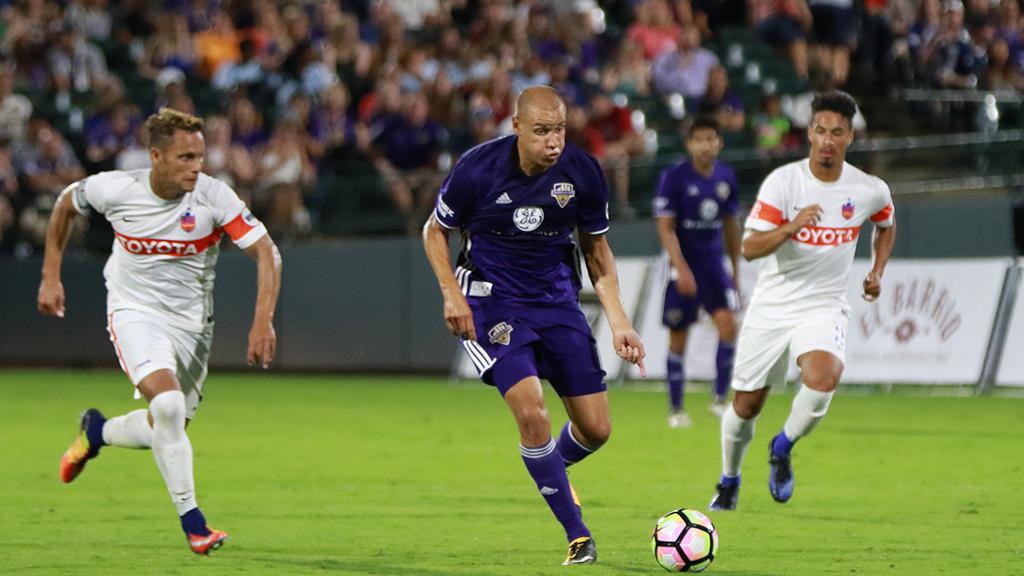 A fifth goal with seven minutes to go from Sean Reynolds, who capitalized on fellow center back Paco Craig’s angled cross into the penalty area after a corner had been cleared brought the club-record crowd to its feet one last time. Firmly back in the hunt for first place in the Eastern Conference again, and with the River Cities Cup in hand, the night showed the level of emotion the club has created in the Louisville, and how strongly the club appreciates it.

“To see the crowd, I think it just shows you the impact we’re having on the city and on the community,” said O’Connor. “There’s a tremendous sense of pride from myself, from coaching staff, from all the front office, and I think the front office deserves a massive pat on the back, because they’ve worked tirelessly this week. To get that many people here. It was incredible, it really was.”

Now two points out of first place with two games in hand on the Charlotte Independence after Saturday night’s games, the opportunity to ensure the road to the USL Cup Final in the Eastern Conference goes through Slugger Field is there for the taking.