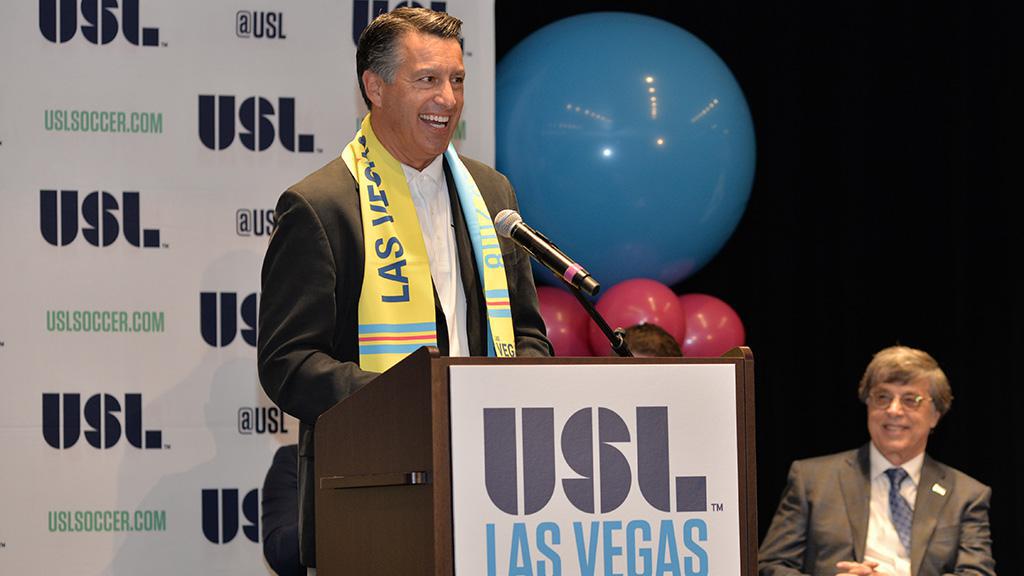 LAS VEGAS – Almost two years since he had been on hand for the introduction of the team that became Reno 1868 FC, Nevada Governor Brian Sandoval was there to welcome the arrival of his state’s second USL club on Friday as Las Vegas Pro Soccer officially joined the league.

For Sandoval, the addition of professional soccer to Las Vegas’ growing sport scene was a major cause for celebration.

With the Vegas Golden Knights set to open their inaugural NHL season this October at the T-Mobile Center, and the arrival of the NFL's Raiders set for 2020, Las Vegas is quickly become an attractive location for potential sports investors. The state’s growth under Sandoval’s leadership is one of the major reasons why.

“They’re seeing that this state is a leading state in the nation in terms of growth and diversification,” said Sandoval. “It’s a really blank canvas in terms of developing a sports franchise here.” 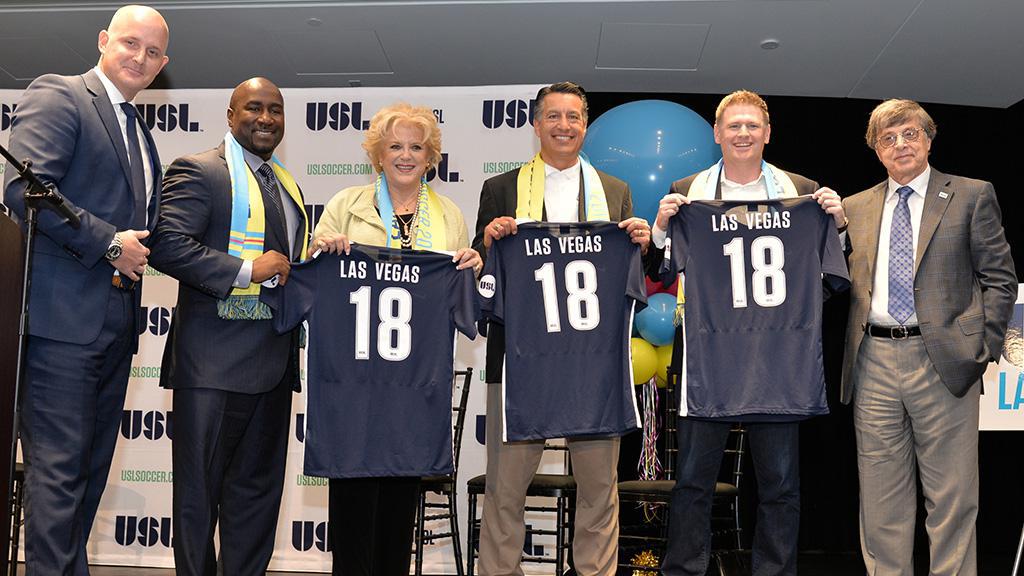 Sandoval has had the chance to see up close the success of Nevada’s first USL club this season, with 1868 FC averaging more than 5,000 fans per game at Greater Nevada Field, and sitting in the top four of the Western Conference at the start of Week 21 of the regular season. The Governor had the chance earlier this year to take in a game with 1868 FC Owner Herb Simon – also the owner of the NBA’s Indiana Pacers – and appreciated what the team had brought to Reno.

“It’s a lot of fun,” said Sandoval. “Just to see the fans … have a team they can root for, that they can support, that they can take their family to a game, it means everything. Herb has been so committed to the community in Reno, I truly applaud him for his investment.”

Seeing the success of Reno 1868 FC this season, the sense of optimism that will be replicated in Las Vegas was clear among all of Friday’s speakers at the event. Among those joining Sandoval as honored guests at the event were Las Vegas Mayor Carolyn Goodman and Las Vegas Councilman Ricki Barlow, both of whom helped usher in professional soccer in Las Vegas through their work alongside Las Vegas Pro Soccer’s Brett Lashbrook.

With both Las Vegas and Reno seemingly eager to get the rivalry started on the field, Sandoval is already looking forward to their first meeting next year.

“It’s going to be awesome,” said Sandoval. “It’ll be the perfect in-state rivalry, unlike anything else in the nation. At the same time, it’s exciting to have two great franchises battling it out, hopefully for a Governor’s Cup someday.”