Corrales, Calistri score to hand Tulsa the 2-1 win at home 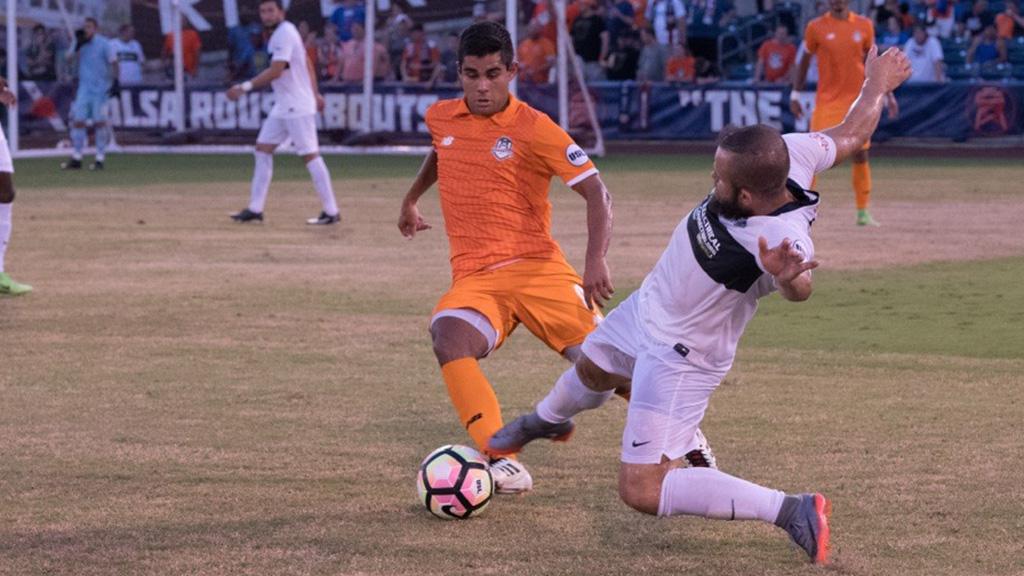 TULSA – Tulsa Roughnecks FC entered ONEOK Field on Thursday in the eighth and final Western Conference playoff position, and the home side finished the night in seventh by topping Saint Louis FC 2-1. Jorge Luis Corrales’ sensational screamer in the 25th minute started the scoring, while Joey Calistri’s sixth goal of the season for Tulsa served as the game-winner. The match was made interesting in the 86th minute, when Modou Jadama scored an own goal, but the home side held on for the win. With the result, Roughnecks FC improves to 9-9-2 on the year. Saint Louis, meanwhile, moves to 6-9-5 overall and 2-6-3 on the road this season.

Jorge Luis Corrales, Tulsa Roughnecks FC – The defender netted his first goal of the season for Tulsa, hitting a strike by Saint Louis FC goalkeeper Devala Gorrick in the 25th minute. Corrales also completed 85.7 percent of his passes on the evening and had two clearances and two interceptions on the defensive end.