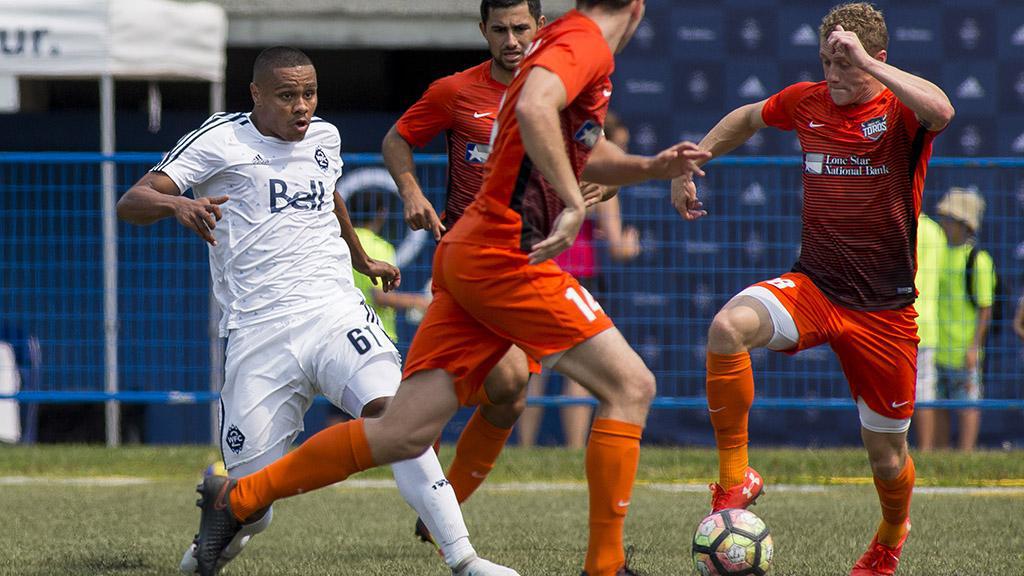 VANCOUVER, B.C. – A stoppage-time penalty kick by Ruben Luna earned Rio Grande Valley FC a 3-3 draw with Vancouver Whitecaps FC 2 on Wednesday afternoon at Thunderbird Stadium in a game that saw both teams hold the lead, but neither find a way to end their current winless streaks. Vancouver had the better of the early going, but the Toros (6-10-4, 22pts) opened the scoring in the 19th minute when Todd Wharton intercepted a pass in midfield and quickly found Kyle Murphy for a low finish to the left corner. WFC2 (4-10-6, 20pts) hit back four minutes later, however, as Marco Bustos cleaned up the rebound after Terran Campbell’s close-range finish had been saved. Vancouver then took the lead eight minutes into the second half as Myer Bevan played a good give-and-go with Thomas Gardner before sliding his shot low past RGVFC goalkeeper Marco Carducci. As quickly as WFC2 responded in the first half, however, the Toros did the same in the second as T.J. Casner converted from the penalty spot after Joe Holland was brought down in the area in the 57th minute. WFC2 regained its lead just past the hour-mark as Kadin Chung scored from close range off a low cross by Campbell, and had chances to put the game away in the final half-hour. The Toros had the final say after Jose Escalante was brought down in the penalty area in the 90th minute, however, as Ruben Luna found the left corner of the net to leave the game all square.

Todd Wharton, Rio Grande Valley FC – Wharton provided the assist on the Toros’ opening goal, and created two more scoring chances while completing 85.7 percent of his passes in the WFC2 half to help his side earn a point.