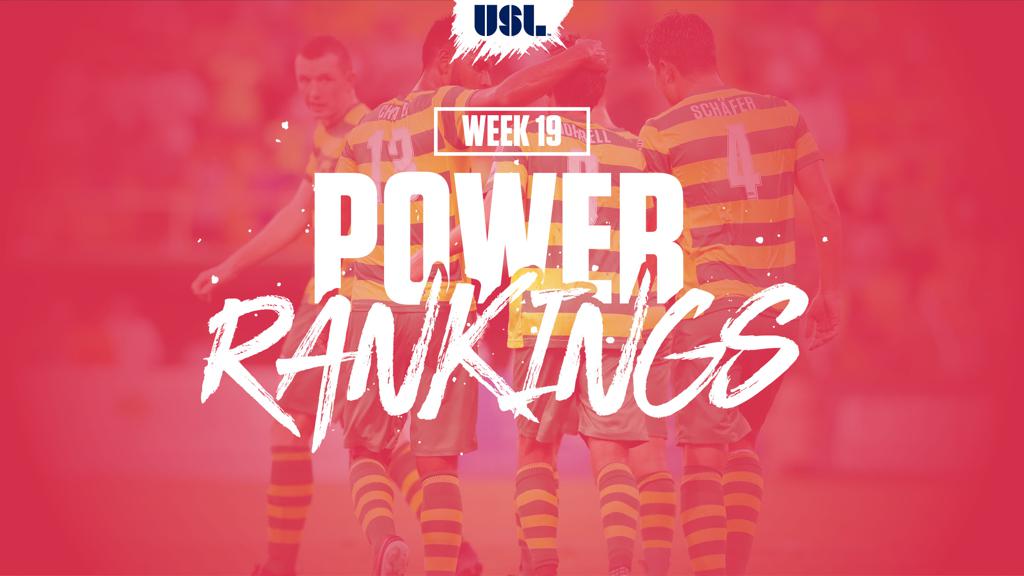 It seems a pretty long time ago, now, the Charlotte Independence’s 1-2-2 start to the USL regular season. Since a 5-1 victory against the New York Red Bulls II on May 11 that saw the side more than double its attacking output in the first five games of the season, the Independence have gone 9-1-4 in the league, propelling Head Coach Mike Jeffries’ side into second place in the USL’s Eastern Conference.

Second place is also now the Independence’s place in the USLSoccer.com Power Rankings – shared with San Antonio FC on 39 points – after Saturday’s 4-0 victory on the road against Bethlehem Steel FC extended their undefeated streak to 10 games, only two fewer than a club record set two seasons ago. With eight home games remaining, and only five on the road, over the remainder of the season, it’s looking good for Charlotte to host its first USL Cup Playoffs game when the postseason arrives.

The visitor to the Sportsplex at Matthews this weekend, however, is the only side to have beaten the Independence over its past 13 games and brings with it its own ambition for top spot in the Eastern Conference. Louisville City FC – which held at No. 4 this week – has certainly been there and done that over the past two seasons, reaching the Eastern Conference Final in back-to-back seasons.

Given the talent and approach both sides bring to the game, Saturday’s clash is going to be a must-see – not just for potential entertainment value but also because it could be a decisive moment in the race for first place at the end of the season.

1. Real Monarchs SLC (50pts)
Last Week: W 2-1 at Rio Grande Valley FC
The Monarchs maintained the gap at the top of the Western Conference with their victory against Rio Grande Valley FC last Wednesday night and enter Monday night’s game against Tulsa Roughnecks FC looking to extend their home winning streak to 11 games. Tulsa is one of two teams to have defeated Real this season, though, which adds an extra layer of intrigue to the rematch. 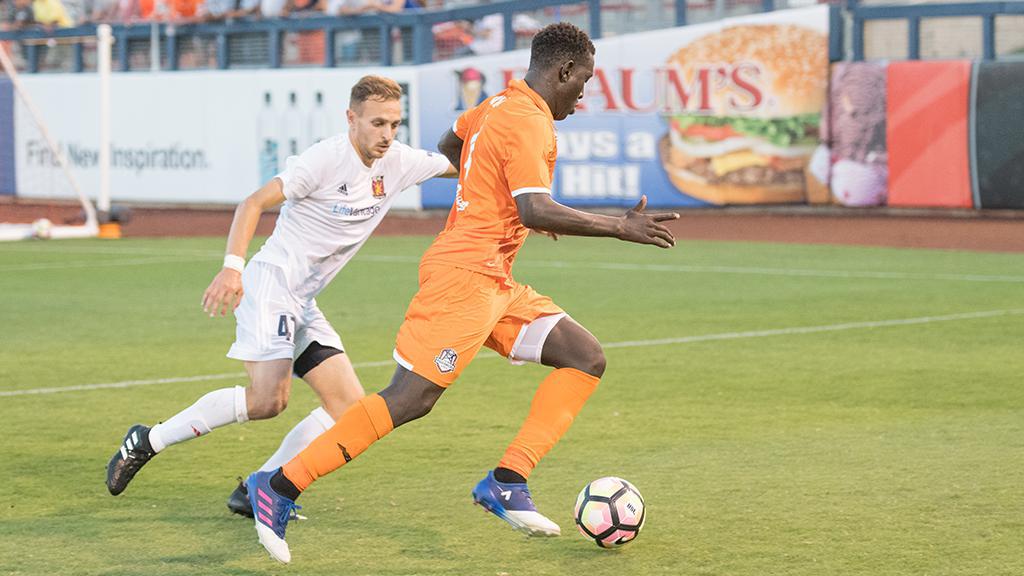 T-2. Charlotte Independence (39pts)
Last Week: D 0-0 vs. Richmond Kickers, W 4-0 at Bethlehem Steel FC
The Independence’s attack sprang back into life against Bethlehem after being held scoreless at home for only the second time this season by the Kickers in midweek action. After falling 1-0 to Louisville when they met at Slugger Field, Saturday’s game is a massive litmus test against the most consistent club in the Eastern Conference the past two seasons.

T-2. San Antonio FC (39pts)
Last Week: W 1-0 at Phoenix Rising FC
San Antonio’s defense got back on track as it bent but didn’t break when faced by a good attacking performance from Phoenix Rising FC. Having reclaimed second place in the Western Conference, SAFC will look on at Monday night’s contest and hope Tulsa can do it a favor and keep the gap to the Monarchs in first at seven points.

4. Louisville City FC (32pts)
Last Week: W 2-1 vs. New York Red Bulls II
Luke Spencer’s game-winner less than a minute after coming on as a substitute proved a perfect pick-me-up for Louisville, which completed its season sweep of the Red Bulls II on Saturday night in front of a raucous crowd of 10,017 at Slugger Field. Another season sweep, this time of the Independence, would give Louisville the inside track to top spot in the conference. 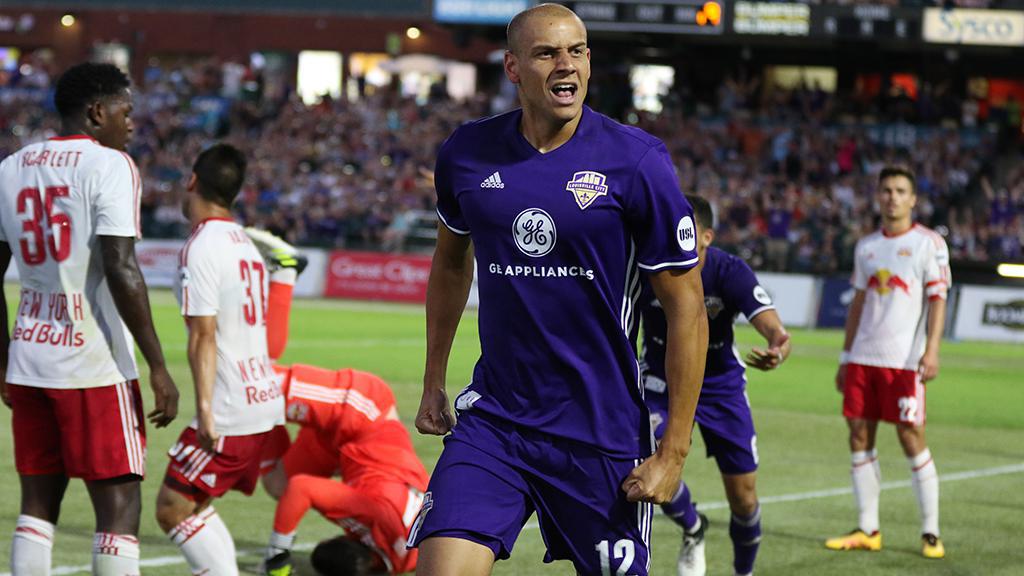 5. Swope Park Rangers (28pts)
Last Week: L 4-1 vs. Reno 1868 FC
Ten days off could be used as an explanation, but Swope Park’s sluggishness early against Reno 1868 FC on Sunday evening at Children’s Mercy Victory Field was very surprising. The Rangers head to Saint Louis next and will be looking for much better.

6. Charleston Battery (21pts)
Last Week: D 2-2 at Pittsburgh Riverhounds, D 0-0 vs. Orlando City B
Two games, two draws for the Battery, who are now winless in their last five games and likely no longer favorites to finish first in the Eastern Conference, considering Charlotte and Louisville’s progression. Romario Williams’ return from CONCACAF Gold Cup duty will be a welcome boost to Charleston as it looks to get things back on track.

T-7. Reno 1868 FC (20pts)
Last Week: W 4-1 at Swope Park Rangers
Reno floored its gas pedal from the opening kickoff against the Swope Park Rangers on Sunday evening, and while the Rangers worked their way back into the game in the second half, 1868 FC’s attack had enough to make the danger go away. With visits to OKC Energy FC and Tulsa Roughnecks FC in the coming week, another two tests await the West’s fourth-placed side.

T-7. Tampa Bay Rowdies (20pts)
Last Week: W 2-0 vs. Pittsburgh Riverhounds
The Rowdies have won three out of four in their current undefeated streak, which has seen Alex Morrell come to the fore ahead of his more prominent teammates. Tampa Bay is also looking to bolster its squad for the stretch run, and while it needs some results to fall its way to get into the conversation for first, with the form the team is in, it looks ready to take advantage if wins dry up elsewhere. 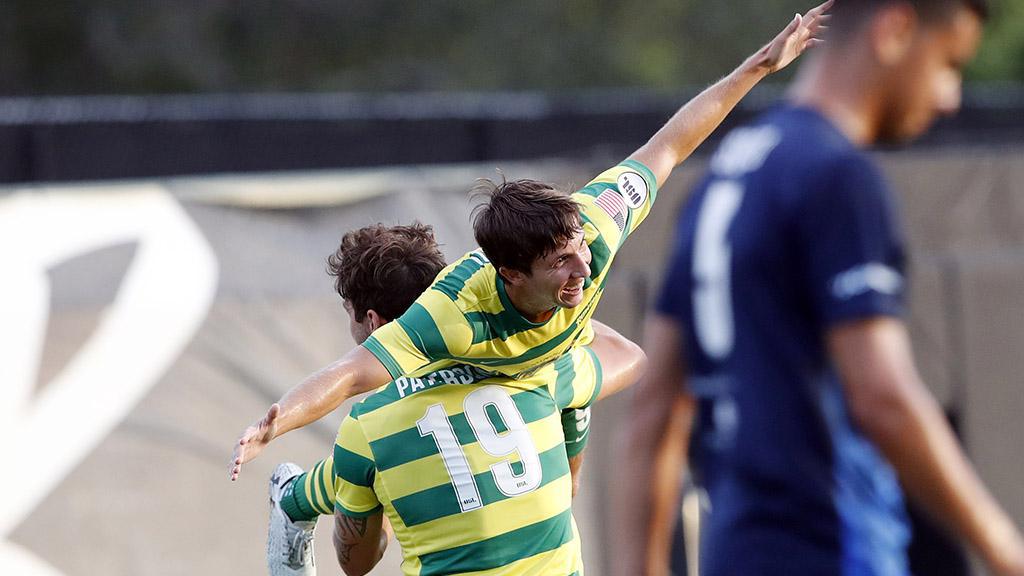 9. Sacramento Republic FC (13pts)
Last Week: Bye
Republic FC had the week off after its victory against Seattle Sounders FC 2 last Friday and saw Reno 1868 FC jump ahead of it as a result. Those two are set to square off on Aug. 19, and with two winnable games against Portland and Vancouver preceding it, Sacramento should be in good shape going in.

10. Rochester Rhinos (9pts)
Last Week: W 2-0 vs. Toronto FC II, W 3-2 at FC Cincinnati
The Rhinos’ pair of victories in the past week has seen the side push into fifth position in the Eastern Conference, with the club’s last loss coming on July 1 to the Charlotte Independence. The caveat to both of last week’s wins is they were both achieved with their opponents reduced to 10 men in the first half, but the Rhinos will take victories any way they can get them to take a shot at a top-four position.