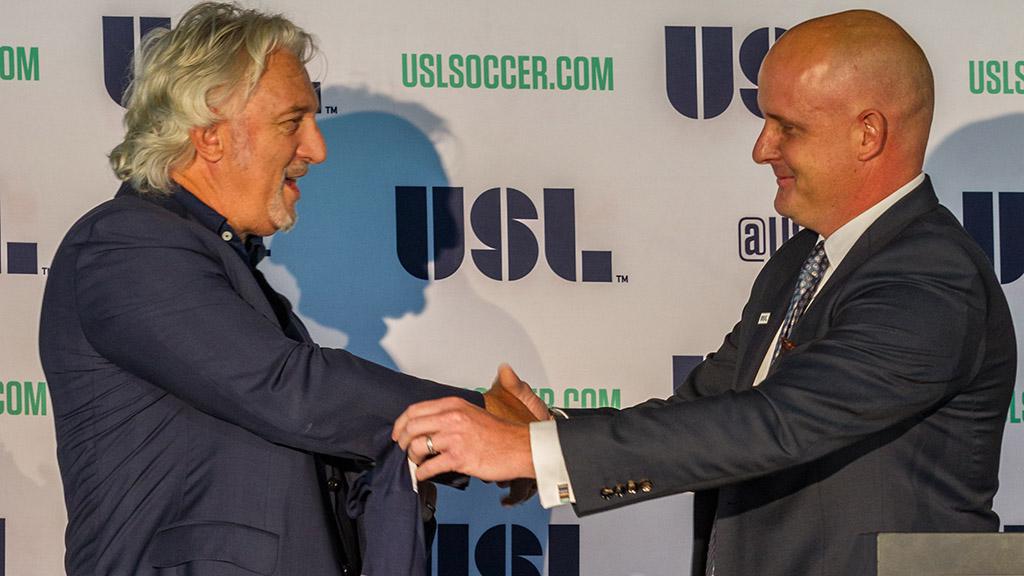 FRESNO, Calif. – Fresno FC was warmly welcomed to the USL on Wednesday morning as the ownership group by local businessman Ray Beshoff was officially awarded a franchise for the 2018 USL season in a ceremony at Chukchansi Park. The club’s official colors and crest were also unveiled at the ceremony as the club established its branding within the local soccer community.

Fresno FC adds to an already strong regional group in the USL’s Western Conference, where it sits nearby to both Sacramento Republic FC and Reno 1868 FC. The enthusiasm for the addition to an already passionate soccer market was in evidence as a large crowd of local fans and youth players join the dignitaries in attendance.

“It’s no secret that the success of the USL in recent years in large part comes down to the quality of ownership groups that we continue to attract into our league,” said USL President Jake Edwards. “Ray Beshoff has spearheaded this group, and from the moment I met Ray, I knew he’d be a tremendous addition to our ownership group. Ray has a passion for the sport, a passion for this community, and to continue to deliver and build upon everything that’s going on in this community.

“Ray certainly has an exciting vision, and a commitment to execute that vision to deliver a top-quality professional soccer club to this community that you’ll be proud of, but Ray’s also a humble man who’s committing to protecting and building upon the great tradition that has been built here with the Fuego and the Freeze and everyone that’s been involved in the sport here.” 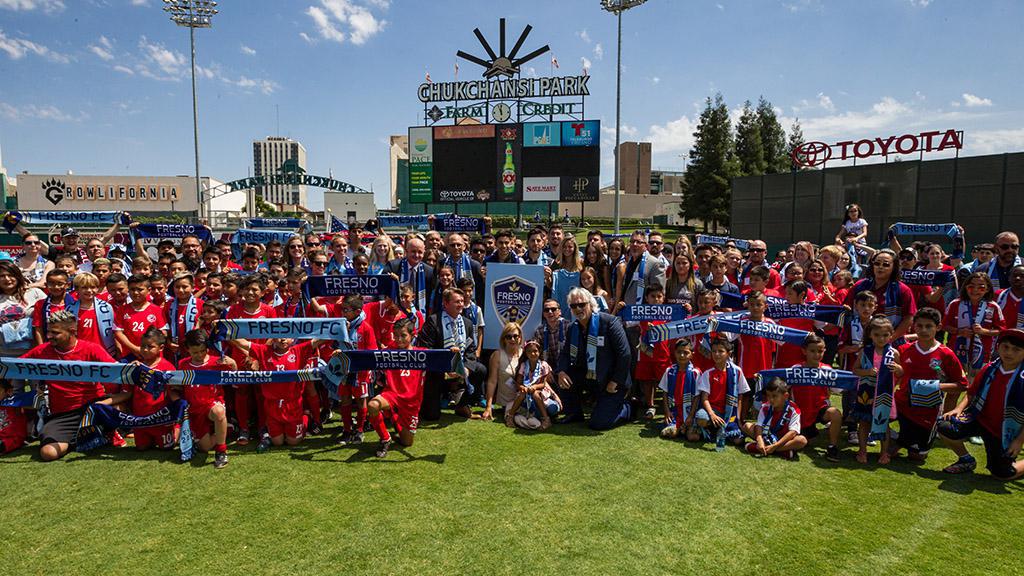 The presence of the Fresno Fuego of the PDL and the Fresno Freeze women’s team, in addition to regular exhibition contests featuring teams from Major League Soccer and Liga MX, has seen large crowds attend soccer regularly at Chukchansi Park, which will serve as Fresno FC’s home in its inaugural season. Beshoff said he was excited to show the passion the city has for the sport to a wider audience as it joined the USL.

“I’d like to thank Jake and his team from the USL for their confidence that Fresno is the correct market for soccer,” said Beshoff. “I firmly and passionately am of the belief that this is one of the best soccer markets in the country, and I think as we go forward in the next couple of years you’ll get to see some of that vision that we have.”

Fresno Mayor Lee Brand was also excited for the addition to the city’s sporting landscape, which he believes will help continue Fresno’s recent rise in prominence as a great city to live and work in.

“Fresno is a city on the move,” said Brand. “Attracting more jobs and civic amenities to our community is an essential part of elevating the profile as a vibrant and prosperous city.”

More details on the club’s launch and season tickets for the club’s inaugural season can be found at www.fresnofc.com.