Hoffman Aiming to be ‘Difference-Maker’

As San Antonio awaits, forward has been one key to Monarchs’ standout season 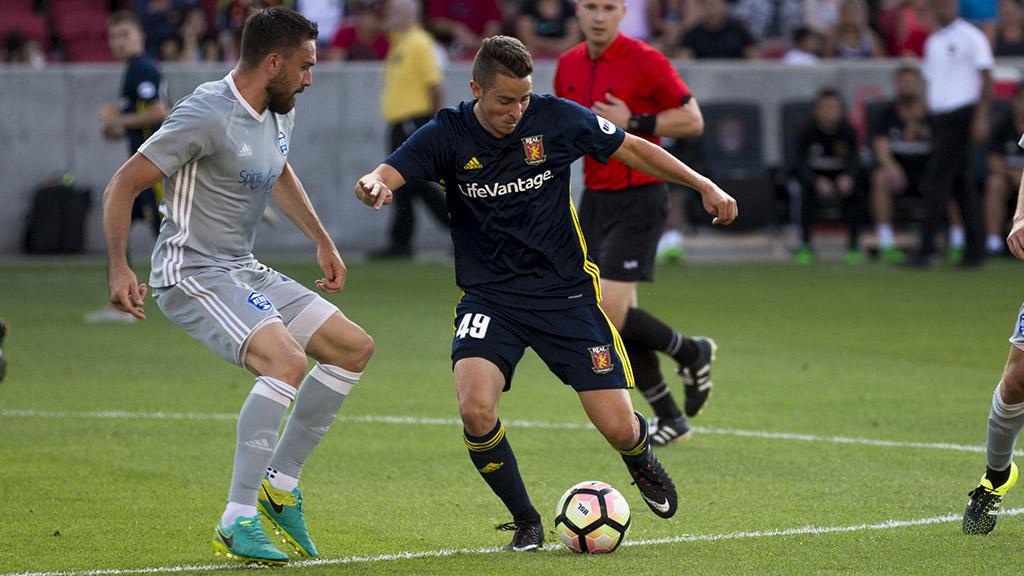 Among a big slate of games this weekend in the USL, the spotlight is going to be shining brightest on Toyota Field on Saturday night as San Antonio FC takes on Real Monarchs SLC in a game that will likely provide a crucial moment for both clubs this season.

With plenty at stake for both sides, it’s exactly the sort of game Monarchs forward Chandler Hoffman relishes the most.

“I know for me personally, these are the types of games I always love to play in,” Hoffman said. “Like last year when we played at Cincinnati with Louisville, that was a game I had circled on the calendar, and one that I tried to really be the difference-maker in. That’s what I have in mind for Saturday night, same type of thing, be the player who can step up in big moments and get the win for the team.”

Last year’s first game between Louisville City FC as they visited FC Cincinnati in front of a raucous crowd at Nippert Stadium saw Hoffman come to the fore, as a first-half hat trick set Louisville on its way to a 3-2 victory. The rivalry undercurrents aren’t as strong for Saturday’s game between the Monarchs and San Antonio FC, but with the records both teams have posted so far in the USL Western Conference this season, the intensity is likely to at a similar level.

Hoffman’s performance has been at the forefront for Real, with his 11 goals and five assists making him the only player in the USL to sit in the top five in both categories going into this weekend’s action. It also earned him the Fans’ Choice USL Midseason MVP, with his combination of attacking prowess and team success a hard one to top.

A USL All-League selection for the LA Galaxy II in 2014, Hoffman’s 42 USL regular-season goals put him tied for third in the league’s history. His five assists, however, have doubled his regular-season total in his previous three spells in the league, highlighting the additional work he’s put in to become more than just a goal-scorer.

“It’s been my link-up play and my ability to create opportunities for others in addition to being clinical in the box that has really taken my game to the next level,” said Hoffman. “I’m excited, the group of guys that we have is a special group, and it’s an opportunity to do something really special and propel my career to a place it hasn’t been.”

The Monarchs season through 17 games has certainly been special. Only Orlando City SC in 2014 had more points than Real’s 43 through this many games, and with the side having already bagged 40 goals the chance to surpass the New York Red Bulls II’s total of 61 goals in the regular season is potentially within view with 15 games to go. Achieving that level of success was a goal for the group at the start of the season, when the Monarchs brought in the experience of players like Hoffman, Nick Besler and Sebastian Velasquez to supplement the young talent led by Andrew Brody that had progressed through the club’s Academy system.

With Head Coach Mark Briggs leading the way after the side spent its preseason under current Real Salt Lake Head Coach Mike Petke, the drive to reach those goals remains high.

“I think the biggest thing with him I’ve enjoyed is he never allows you to be satisfied, and he’s always pushing you to get to the next level and get the next goal, and the next part of your game you can improve on,” Hoffman said of Briggs. “I think that’s really what’s going to carry us in the second half of the season. No-one feels like we’ve accomplished anything yet. Obviously, we want to keep doing what we’re doing, but the big goals are still in front of us and so we still have a lot that we want to prove.” 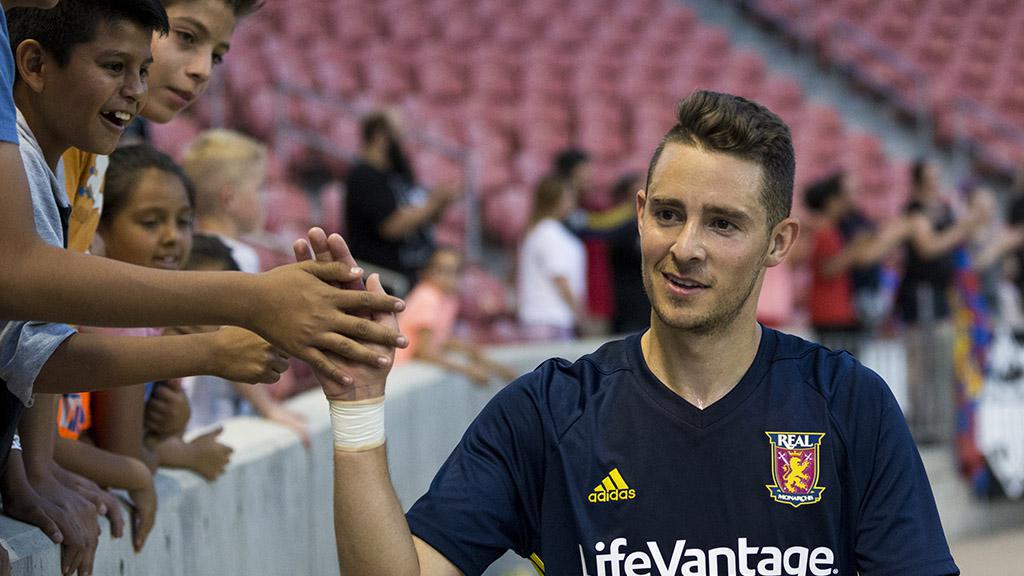 The next big litmus test of how far this Monarchs side could go at the end of the season arrives on Saturday, when their potent attack goes up against the immovable object that has been the San Antonio defense. The contrast in styles sets up an intriguing matchup, and a challenge the Monarchs are ready to meet head-on.

“They do an incredible job of limiting team’s opportunities, so I think for us the main thing is being really sharp with our movement,” said Hoffman. “We can’t be static in our front four, and then we have to be clinical when we get our chances because they’re a team that doesn’t allow a lot of chances. We also have to be careful, because a team like San Antonio is fine with teams like Swope [Park] and probably us having a lot of the ball, but then they hit you quick on the counter, so we’re going to be very careful of that and make sure that we’re in good spots even when we have the ball to limit their countering opportunities.”

Should the Monarchs come out of Toyota Field with the result they’re looking for, though, and the bigger goals the side has set will come into even clearer focus.

“This is a group that really wants to push and be known as if not the best team, one of the best teams in the USL’s history,” said Hoffman. “I think they’ve done a really good job of bringing in players like myself, Sebastian, Nick that had a taste of MLS, but didn’t get the real opportunity that we feel like we deserved. We’re hungry, and we want to prove that we are good players and we have what it takes to continue to push and be part of one of the best team’s the USL has ever seen.”