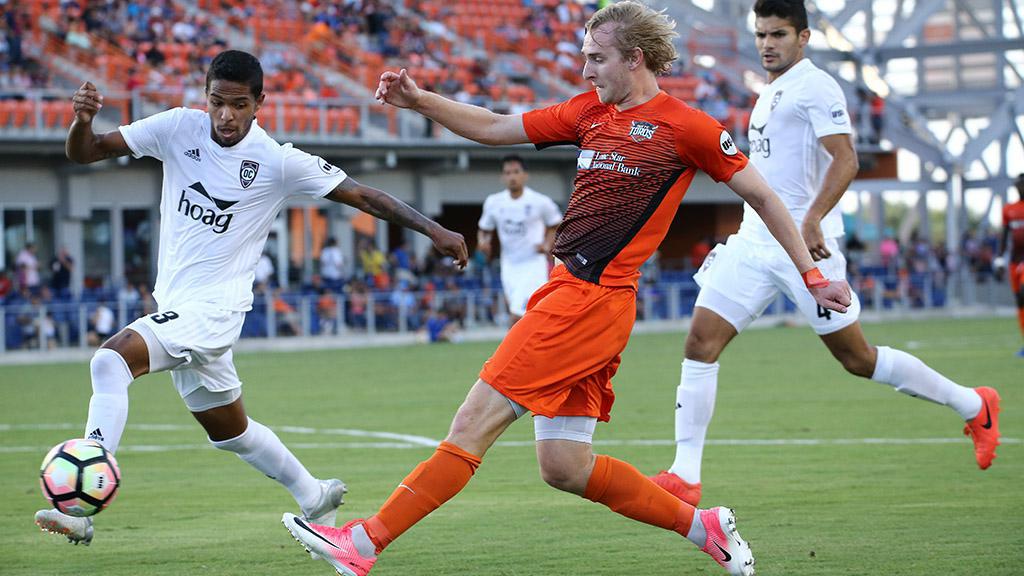 EDINBURG, Texas – Rio Grande Valley FC and Orange County SC both found the net in the first half as the sides played to a 1-1 draw at H-E-B Park in the USL Game of the Week on ESPN3 on Wednesday night. The Toros had the better of the early going, and Ruben Luna almost opened the scoring in the seventh minute as he beat OCSC goalkeeper Charlie Lyon to a through-ball, but couldn’t quite steer his finish on goal. The visitors took the lead in the 17th minute, however, as a terrible defensive turnover allowed Wuilito Fernandes to set up Dusan Stevanovic for a first-time finish into the right corner. RGVFC leveled 10 minutes later when T.J. Casner was brought down just inside the penalty area, and Eric Bird slid home his penalty kick into the right side of the net, sending Lyon the wrong way. Stevanovic went close to a second when a good pass by Zach Kobayashi found him in space on the right side of the penalty area, but his shot went just wide of the left post. The Toros had the first good chance of the second half as Casner broke into the left side of the penalty area and fired low to the far post, but Lyon got down well to parry, allowing his defense to clear. OCSC threatened from a set piece in the 65th minute as Juan Pablo Ocegueda headed just wide of the right post from a corner, while Bird almost bagged his second of the night with five minutes to go, only to see his header go just wide of a cross by Victor Garza. Orange County had the last chance to grab victory in stoppage time moments after Jorginho James was sent off for the Toros for a challenge on Fernandes, with Gustavo Villalobos having his shot denied by Toros goalkeeper Marco Carducci, but the game ended all square ahead of Saturday’s rematch in Orange County.

Eric Bird, Rio Grande Valley FC – Bird provided a consistent attacking threat for the Toros, scoring from the penalty spot while also creating four other chances for the hosts to grab all three points.