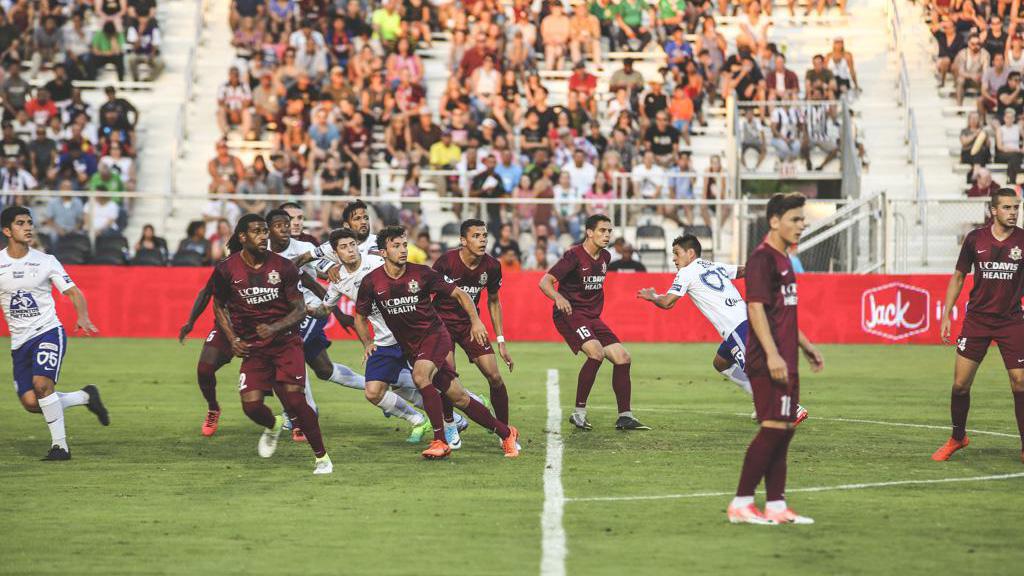 SACRAMENTO, Calif. – Sacramento Republic FC had a historic moment as a sellout crowd of 11,569 was on hand at Papa Murphy’s Park to see the reigning CONCACAF Champions League champion C.F. Pachuca earn a 3-0 victory in the international exhibition between the clubs on Saturday night.

The match marked the professional debut of Republic FC midfielder Roberto Hategan, the club’s first academy signing, who became the youngest player to don Old Glory Red. Hategan was 16 years, 81 days old, breaking the previous record of 17 years, 149 days old set by Gabe Gissie who made his debut for the club on Apr. 19, 2014. Hategan started and played 45 minutes in the match, committing three fouls.

C.F. Pachuca opened the scoring in the 21st minute with a perfectly executed set piece. Forward Antonio Figueroa set up a free kick from the left and sent a long, looping left-footed cross to the far post where an unmarked Victor Guzmán capitalized with a powerful right-footed volley that sailed past Republic FC goalkeeper Evan Newton and into the net.

Newton was tested again in the 30th minute by a shot from Germán Cano as the midfielder received a pass inside the box and shielded his defender and turn towards goal. Cano sent a hard left-footed strike on goal, but Newton was in perfect position to parry the shot away.

Los Tuzos would double their lead just before halftime as Cano and Ángelo Sagal linked up for a goal in the 40th minute. Sagal carried the ball up the right wing before sliding a through ball between three Republic FC defenders. Cano streaked through the defense and controlled before poking a shot past Newton that beat him far post. 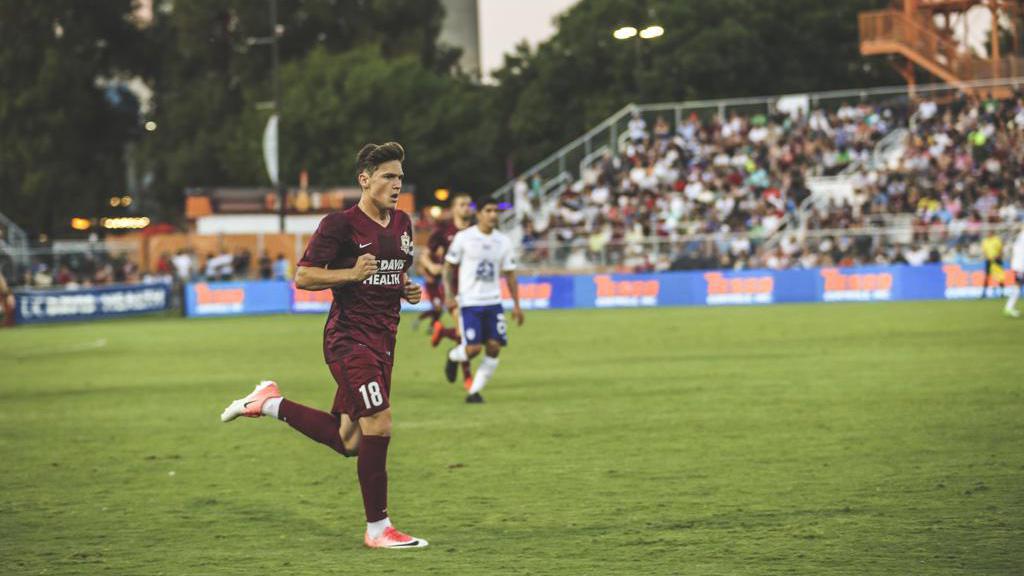 Republic FC had its best chance of the first half come just before the halftime whistle. Midfielder Daniel Trickett-Smith attacked down the left before cutting back near the top-left corner of the box. Trickett-Smith was taken down a yard outside the box setting up a free kick opportunity. The midfielder stepped up and took a strong shot, but his attempt went just over the crossbar as the halftime whistle blew.

Republic FC came out with a fire in the second half as they looked to get back into the game. Second half substitute Christian Chaney had a shot go wide in the 55th minute after strong build up play from the back allowed him time and space just outside the penalty area. Forward Harry Williams also looked to have broken through the defense in the 79th minute, but Los Tuzos keeper Óscar Pérez was in great position and made the save.

CF Pachuca had previously added its third in spectacular fashion in the 59th minute. Midfielder Erick Aguirre lofted a ball over the heads of the Republic FC defense for Sagal who beat the defenders and the offside trap. The midfielder trapped the ball with his chest as Republic FC keeper Dominik Jakubek charged off his line. Sagal then hit a cheeky no-look, back heel shot that slipped past Jakubek and into the back of the net for the commanding 3-0 lead.

“I think Pachuca was excellent and our boys gave it a real go,” said Republic FC Head Coach and Technical Director Paul Buckle. “You can’t give a team like Pachuca a foothold in the game and we did that, but two goals against first half and one in the second, I can’t be too disappointed. We could have done better around the 18-yard box and we could have been more clinical, but I don’t want to be too critical because of who we were up against.”