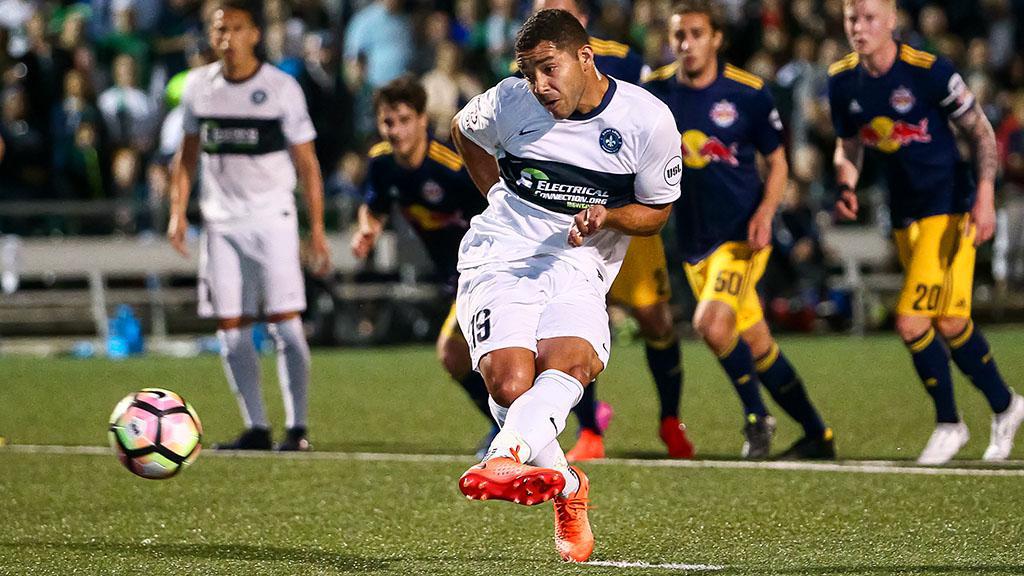 OKLAHOMA CITY – OKC Energy FC announced on Tuesday it had acquired former USL Most Valuable Player Jose Angulo on loan from Saint Louis FC, with winger Daniel Jackson moving in the opposite direction to STLFC in a separate transaction.

The 29-year-old Angulo signed with Saint Louis FC this offseason, and had recorded four goals in 13 appearances during the 2017 USL regular season. Angulo also notched two goals in the Lamar Hunt U.S. Open Cup this season. Prior to joining Saint Louis FC, he played parts of two seasons with the Fort Lauderdale Strikers, where he appeared in 32 matches and scored eight goals.

Angulo’s best campaign came in 2013, when he finished tied for the USL Golden Boot with current U.S. National Team member Dom Dwyer with 15 goals in the USL regular season. Angulo was named the 2013 USL Most Valuable Player as he led the Riverhounds to the postseason. Over two seasons with the Riverhounds, he appeared in 47 games and scored 23 goals.

Angulo also previously played in the USL for the Harrisburg City Islanders, whom he helped reach the 2011 USL Cup Final with nine goals and three assists in the USL regular season.

Jackson joined Energy FC prior to the 2016 season, and had made 11 appearances for the club in the 2017 USL regular season to give him 13 for his career in Oklahoma City.