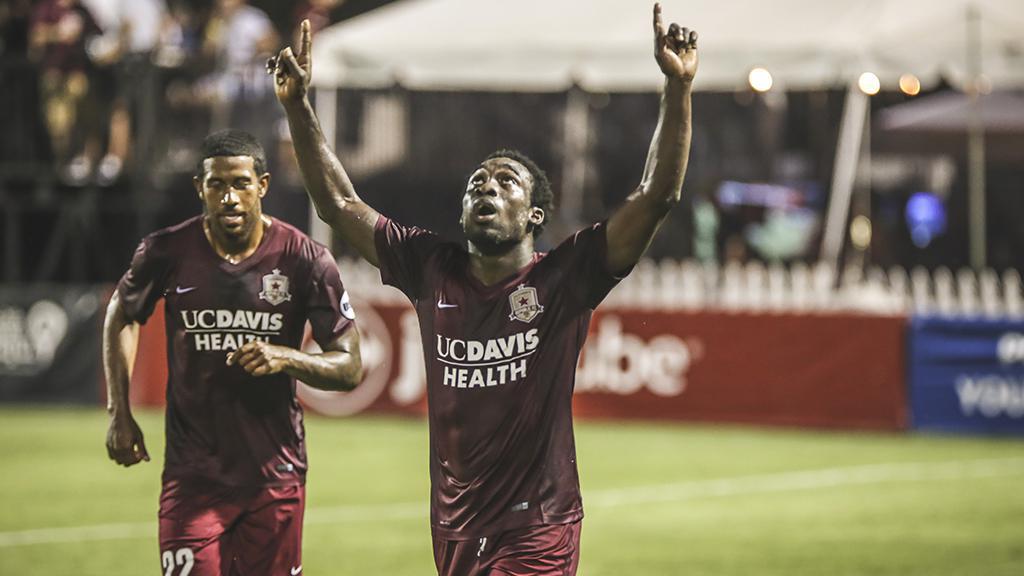 TAMPA, Fla. – Sacramento Republic FC forward Trevin Caesar has been voted the USL Player of the Week for Week 14 of the 2017 season. Caesar recorded four goals in a pair of Republic FC victories over the week, including a hat trick and assist against Rio Grande Valley FC in a 6-2 win in the USL Game of the Week on ESPN3 at Papa Murphy’s Park.

The Trinidad & Tobago international received 71 percent of the poll conducted by a national panel of independent media representing every USL market. Charleston Battery forward Romario Williams finished second with 17 percent of the vote. 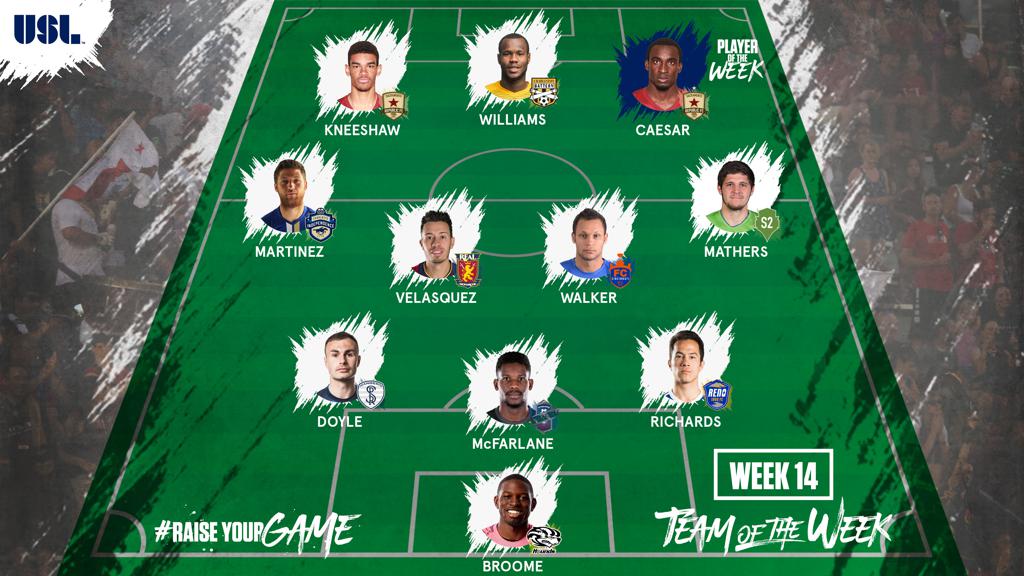 M – Enzo Martinez, Charlotte Independence: Martinez scored both goals as the Independence claimed a 2-0 victory on the road to move into the USL Eastern Conference playoff positions.

F – Romario Williams, Charleston Battery: Williams scored two goals and added an assist to move into the lead in the race for the USL Golden Boot as Charleston took a 6-1 win against Toronto FC II.