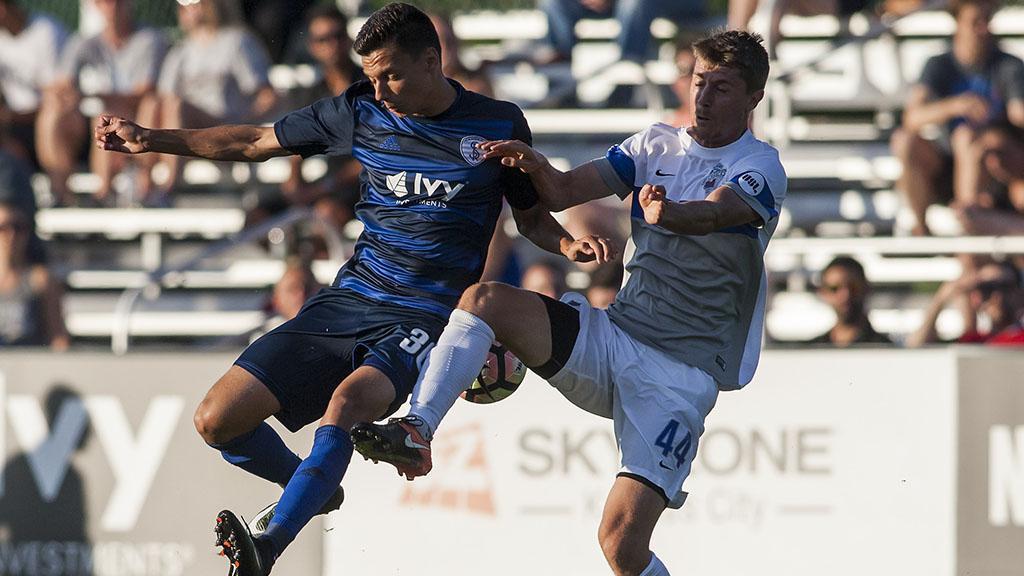 KANSAS CITY, Mo. – The Swope Park Rangers rallied to earn a 2-1 victory against Colorado Springs Switchbacks FC on Wednesday night at Children’s Mercy Victory Field. The game began at a high tempo, but Swope Park (6-4-2, 20pts) created its first good opportunity in the 20th from a set piece as Parker Maher’s cross from the right found Amer Didic for a volley on the left side of the penalty area that was saved by Switchbacks goalkeeper Moise Pouaty. Three minutes later, though, Colorado Springs (5-5-5, 20pts) ) had the lead as Kevaughn Frater beat two defenders and set up Eddy Prugh for a low finish. Frater almost laid on another 10 minutes later, only for Shane Malcolm’s shot to be denied by SPR goalkeeper Adrian Zendejas. Swope Park continued to pressure in the second half, and Diego Rubio’s turning shot from the top of the penalty area was saved by Pouaty as it headed toward the left corner. The pressure eventually paid off in the 67th minute as Liam Doyle headed home Kevin Oliveira’s corner kick from the right. Eight minutes later, Christian Duke gave the hosts the lead as he tucked home a low finish after Kharlton Belmar’s scissor-kick finish was partially blocked by a Switchbacks defender, only to fall nicely for the SPR captain. Colorado Springs tried to find more late dramatics for an equalizer, but neither Aaron King or Prugh’s late chances seriously tested Zendejas as the Rangers closed out an important three points.

Christian Duke, Swope Park Rangers – Duke scored the game-winning goal, and also had a strong game in the center of midfield as Swope Park remained calm and rallied for victory.