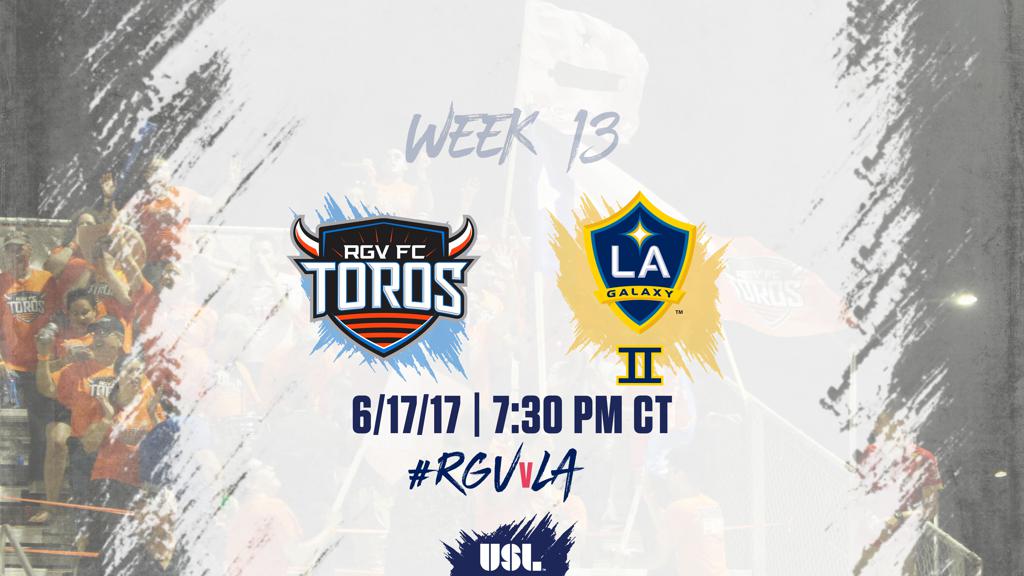 EDINBURG, Texas – Rio Grande Valley FC and the LA Galaxy II meet at H-E-B Park for the second time this season on Saturday night, with the Toros looking to build on a big win last time out and Los Dos aiming to rebound from a late defeat. Kickoff is set for 7:30 p.m. CT.