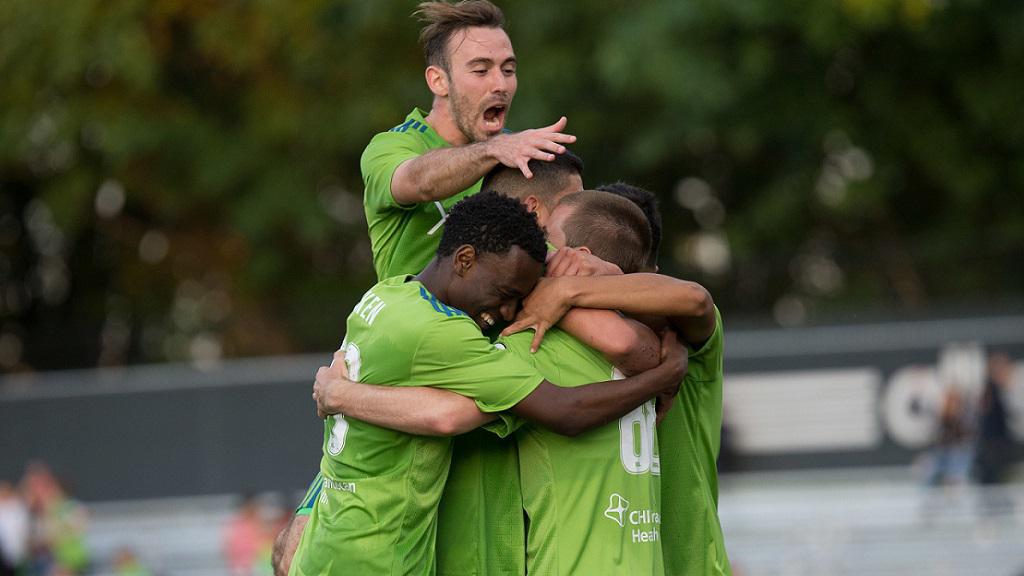 TUKWILA, Wash. – Seattle Sounders FC 2 has been a bit of an anomaly this season, but signs are certainly there that S2 deserves to be on the bright part of the spectrum.

On Saturday, Irvin Parra’s brace and assist led S2 to a convincing 3-0 victory against the LA Galaxy II at Starfire Stadium to sweep the season series against Los Dos.

Chalk that up with some other strong performances the team has had within the past month, such as a hard-fought road draw against San Antonio FC and a near-win – but ultimately a 2-2 draw – against Sacramento Republic FC on May 28.

“We deserved this win,” Parra said. “Last week it was a bitter tie for us getting scored on in the last couple of seconds, so we were a little bit [ticked] about that. We came out and decided to take this win.”

S2 has been an afterthought at times in the West for several reasons. Obviously the fixation has been on San Antonio and Real Monarchs SLC, who both have 30 points and have distanced themselves from much of the field. Another reason is that Seattle has also had some forgetful spells, most notably a 6-0 road loss against expansion Reno 1868 FC in which Seattle played down a man for a significant stretch.

Despite such moments, the Sounders 2 have quietly pieced together some promising stretches this year to establish themselves among the upper half of the standings. Through Saturday’s action, there are seven Western Conference teams that sport a .500 record, with Seattle (5-5-2) and Colorado Springs Switchbacks FC (4-4-5) matching each other with 17 points among the top of this tier.

“We’re still improving,” S2 Head Coach Ezra Hendrickson said. “We’ve got some stuff we have to get better at – some off-the-ball defending, even the finishing. We have to take it one game at a time, but it’s getting better, so that’s all we can ask for.”

The 23-year-old Parra is the elder statesman among this group, but S2 will be without his services next Saturday (one-game suspension for yellow card accumulation) when the club travels to face Rio Grande Valley FC.

Seattle’s youth will be front and center, and when they are in sync, they can generate some defined decision making and execution. A perfect example Saturday was the buildup for Parra’s opening tally in the 60th minute. S2’s 18-year-old right back Denso Ulysse provided a perfect cross toward the far left post, and 16-year-old Azriel Gonzalez positioned himself well to head it back across to Parra.

Parra had the easiest task to run his body into the cross for the finish, giving Gonzalez his first assist.

“He’s a very talented player,” Parra said of Gonzalez. “He’s in the [U.S.] National Team U-16s and he’s great. He’s got a good future ahead of him. He just needs to keep doing what he’s doing and good things will come his way.”

“It was good for the kid to come in and get an assist like that,” Hendrickson said. “We talked at halftime about the weak-side winger always needing to get in at the back post when there’s a cross coming in, and he did exactly that.”

Time will tell if Seattle has the long-term wherewithal to earn a second postseason berth in three years. Parra will continue to be the main face among this young bunch, and he says the dynamic on the pitch has made great strides.

“You get to learn from them, but also they can learn from me,” Parra said. “Starting from Day 1 to now, we’ve made a big difference. We went literally from 0 to 100, and this is why we show the fans and the whole league what we’re actually capable of doing.”