Monarchs Continue to Roll, Down OCSC 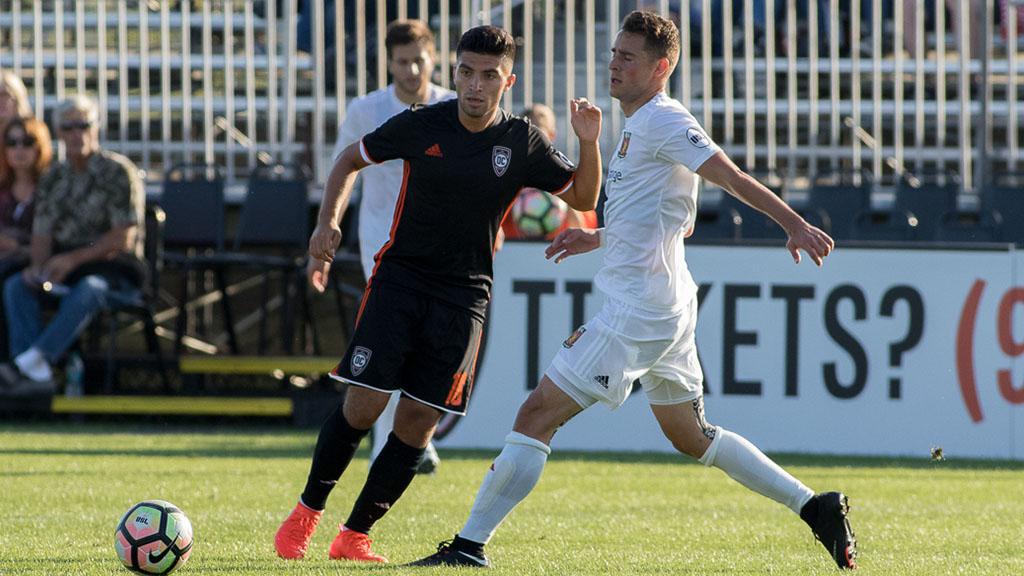 IRVINE, Calif. – Real Monarchs SLC struck early, and had Connor Sparrow save a penalty kick, as it took a seventh consecutive victory with a 1-0 win against Orange County SC on Saturday night at Orange County Great Park. The Monarchs are now only one win shy of tying the USL record for consecutive victories of eight. The Monarchs took the lead inside the opening minute as a low cross from the left by Charlie Adams came to Chandler Hoffman at the near post, and Hoffman knocked home his seventh goal of the season. Real (10-1-0, 30pts) almost doubled its lead in the 22nd minute as a defensive turnover created an opening for Hoffman, who was denied by OCSC goalkeeper Charlie Lyon, and Daniel Haber shot over the crossbar. Orange County (3-4-1, 10pts) had a chance to level just before the break from the penalty spot, but Monarchs goalkeeper Connor Sparrow saved as Jerry van Ewijk’s shot to the left corner was denied. The Monarchs almost added to their lead with 15 minutes to go as a give-and-go with Hoffman put Sebastian Velasquez into the penalty area, but Lyon made a big save to keep it a one-goal game. Orange County’s Amirgy Pineda had a shot that went just wide of the left post three minutes later, and the hosts pressed late for an equalizer, but Real held on to put itself one win from tying the league’s consecutive wins mark.

Connor Sparrow, Real Monarchs SLC – Sparrow’s penalty save was a crucial moment in the game, and the goalkeeper was commanding throughout the night to lead his side to victory.