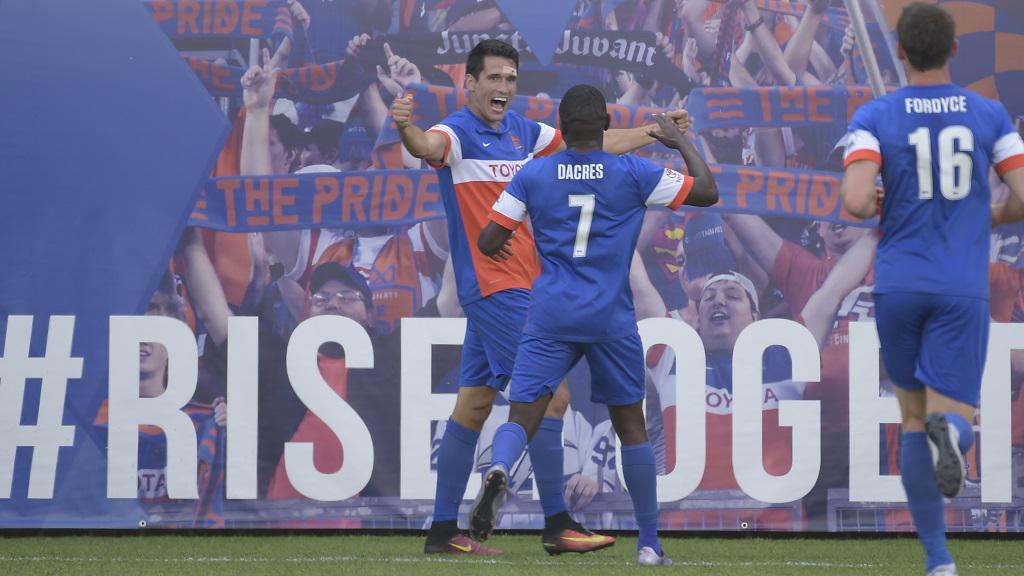 CINCINNATI – At the start of the 18th minute of FC Cincinnati’s contest with Toronto FC II on Saturday night at Nippert Stadium, Danni König was getting a cut on his head attended to on the sideline.

Before the minute was out, the Danish striker had the crowd of 18,214 fans on its feet with what proved to be the game-winning goal in a 1-0 victory.

“I was head-to-head with one of the defenders, our staff put me back together, and just went straight at it,” König said. “It was a great ball by Tyler [Polak] and I was happy to be there to finish it with the to-be winning goal.”

The large band-aid König sported for the rest of the game might have symbolized what he has meant to FCC’s attack, with this third goal in two games earning Cincinnati its first back-to-back league wins this season. After breaking a five-game winless streak a week ago against Bethlehem Steel FC, Cincinnati is now up to fourth in the USL’s Eastern Conference standings, albeit with 11 games played over fewer for those in the chasing pack.

That König has so quickly found chemistry with FCC’s wide players since his acquisition in a trade with OKC Energy FC earlier this month has been pleasing for Cincinnati Head Coach Alan Koch.

“I’m very, very confident in Danni,” said Koch. “He knows this isn’t just about him. As a service forward, you’re only has good as the guys feeding you. It’s important to have moments like tonight, where you can recognize how each person and part work together. I’m seeing signs of our guys jell together.”

Being able to name an unchanged lineup for a third successive USL contest has also helped that process, with Cincinnati having seen changes to its previous starting lineup for the first nine games of the season.

Toronto didn’t make it a simple game, though, and could have found an equalizer as it grew strongly throughout. Shaan Hundal hit the post in the second half after having a close-range effort saved in the first, and Polak had to clear off the line from Luis Pereira as FCC’s lead hung in the balance at times.

“We made the game a bit more difficult than we would have liked it to be,” said Koch. “We’re glad to take the three points and we also give Toronto credit as they have a lot of good, young players on their squad. … If we had taken more chances earlier on, I think we could have put away the game sooner than we did.” 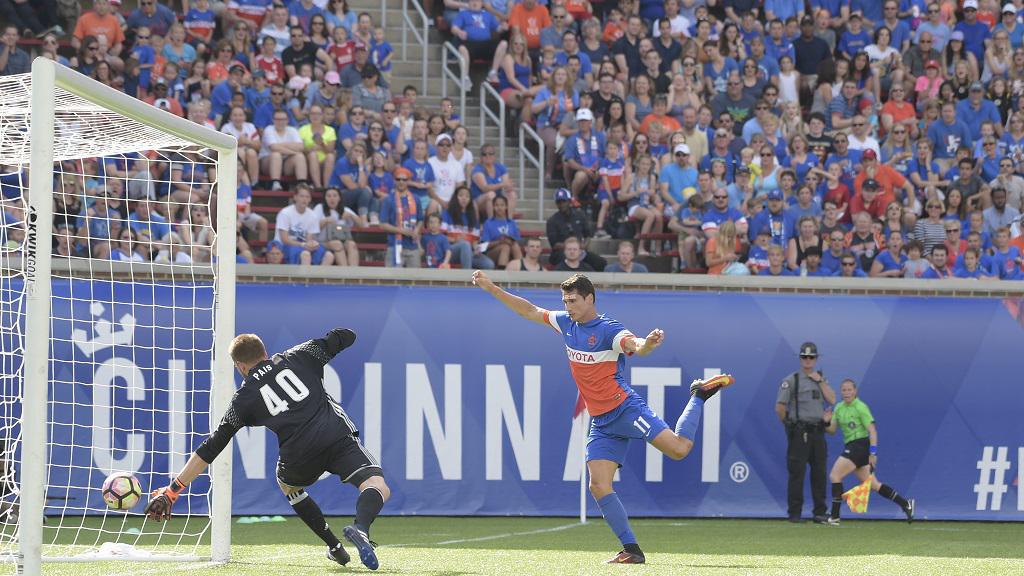 With the confidence of consecutive wins in the league now under the side’s belt, a challenging week awaits. First is the Third Round of the Lamar Hunt U.S. Open Cup on Wednesday as Louisville City FC visits Nippert Stadium, and then a trip to face the Rochester Rhinos on Saturday.

The game with Louisville in particular, with the chance to host Columbus Crew SC in the Fourth Round the reward for the winner, is definitely squarely in the focus of Cincinnati’s players.

“I think we have some team camaraderie that has carried over from the core group from last year and I also feel as though the new guys fit perfect into the group,” said Polak. “Everyone knows that Louisville is a huge rivalry and it feels like that on the field. The fans add fuel to the fire and make that game that much more amazing.”