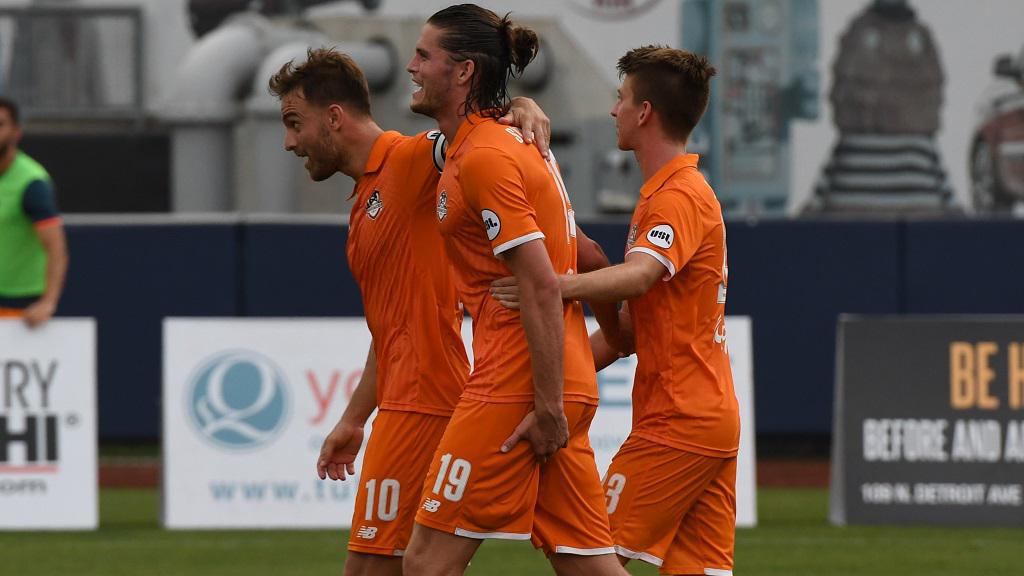 TULSA, Okla. – Tulsa Roughnecks FC rebounded from a two-game losing streak with a 3-1 victory against the Portland Timbers 2 on Saturday night at ONEOK Field. The Roughnecks (5-5-0, 15pts) almost took the lead in the 16th minute when Juan Pablo Caffa’s shot from the center of the penalty area hit the right post, but a minute later the hosts went ahead. A good run down the left by Brandt Bronico led to a perfect cut-back to Joaquin Rivas, and his first-time finish found the right corner. Eight minutes later it was two, as Caffa converted from the penalty spot after a handball in the T2 penalty area. Portland (1-9-1, 4pts) pulled a goal back 10 minutes before the break as Omar Mohamed set up Villyan Bijev for a low finish from the right side of the penalty area, but the Roughnecks responded six minutes later as Ian Svantesson beat T2 goalkeeper Wade Hamilton to a cross and headed into the open net. The game went into a lightning delay in the 55th minute that lasted one hour, 39 minutes, and after the game restarted Portland got onto the front foot as it sought a way back. Tulsa goalkeeper Stefan Cleveland tipped over a shot by Bijev in the 65th minute, and Andre Lewis was also denied 10 minutes later, but Tulsa held firm to claim victory.

Joaquin Rivas, Tulsa Roughnecks FC – Rivas scored the opening goal to send Tulsa on its way, and provided solid play in midfield as he completed 25-of-28 passes.