Collective Work Comes Through For SAFC 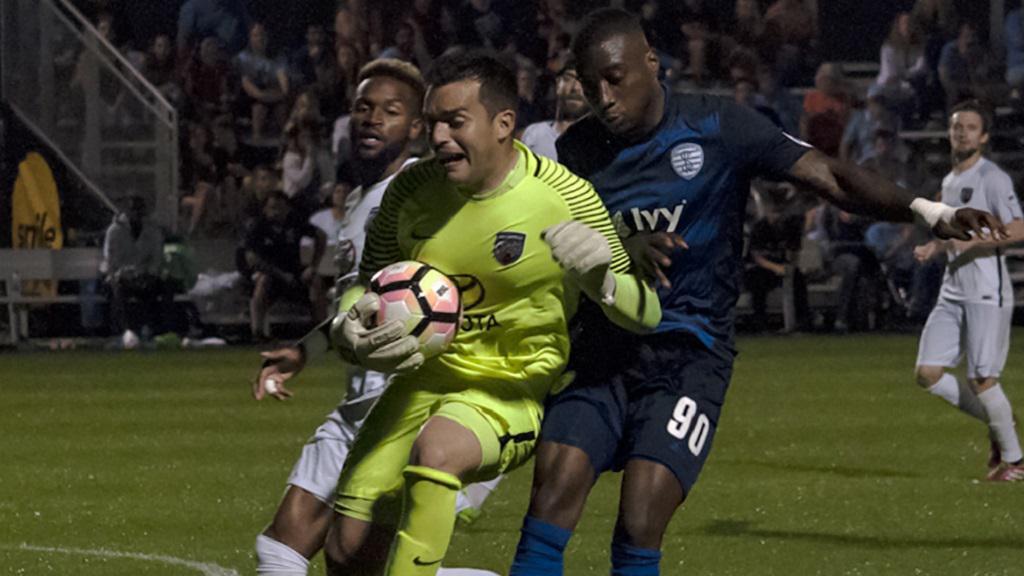 KANSAS CITY, Mo. – Going up against a side it had failed to defeat in three meetings a season ago, San Antonio FC knew its first meeting of 2017 against the Swope Park Rangers was going to be the biggest challenge to its undefeated start this season.

After emerging with a 1-0 victory on Friday night through another stellar defensive effort and Mark O’Ojong’s first goal for the club, SAFC was delighted to have come through another big test.

“That was a tough game,” said SAFC defender Greg Cochrane. “Swope is a very good team and they like to possess the ball, and we knew it was one where we would have to grind out a win by defending with 11 and trying to catch them on the break.”

That the Rangers would possess and press and SAFC would look to hold and counter was a given going in. Even the final possession statistics, which saw Swope Park finish with 77 percent of the ball, weren’t overly surprising. But while SAFC had moments where opening arose in the attacking third, the Rangers were unable on the night to take advantage of the few clear looks at San Antonio’s goal they created.

The shutout was a fifth in a row for San Antonio, and for Restrepo, who now hasn’t conceded since his first start for the team on April 22 in a 3-2 victory against Seattle Sounders FC 2. After coming on as an substitute for Matt Cardone in the team’s previous encounter against Vancouver, Restrepo has picked up where his predecessor left off, and now has the side more than halfway to Rio Grande Valley FC’s USL shutout record that lasted more than eight games a year ago.

One record that could arrive sooner than that, though, is that for consecutive road victories. San Antonio equaled the New York Red Bulls II’s run of five consecutive wins away from home last season on Friday night thanks to O’Ojong’s tally in the 53rd minute. Michael Reed’s release of Kris Trypak down the right provided the former Rangers player time and space, and his accurate cross to the far post for the surging O’Ojong helped break the nine-game home winning streak Tyrpak had played a role in starting late last season with Swope Park.

SAFC is now in line to pass the Red Bulls II’s record with a victory when it visits OKC Energy FC at Taft Stadium on June 10. Before that, though, there is another encounter with the Rangers to manage – this time at Toyota Field next Saturday night. After the side’s victory moved its halfway to the Richmond Kickers’ 22-game undefeated run to start the 2013 USL regular season, Powell was full of admiration for his players.

“I couldn’t be more proud of our guys, they had to work extremely hard tonight and earn everything they got,” said Powell. “I thought the goal we got was good and it came at the right time, and the players did a tremendous job holding on to the lead tonight.”