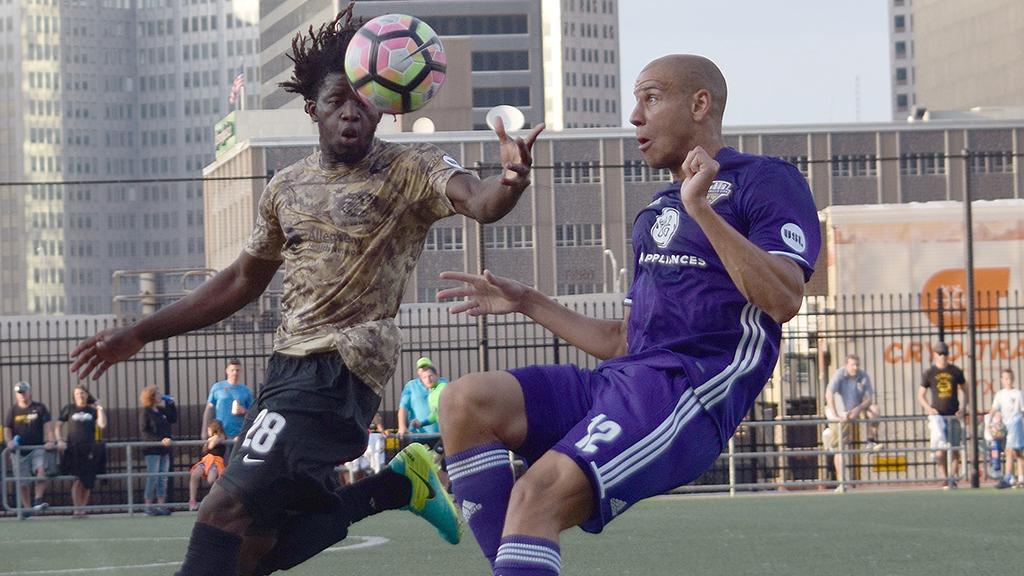 PITTSBURGH – It wasn’t by quite as decisive a margin as in its first game at Highmark Stadium this week, but Louisville City FC left the Steel City very happy after a 1-0 victory against the Pittsburgh Riverhounds moved the side up to third place in the USL’s Eastern Conference, still firmly in the hunt for top spot.

“Fantastic three points,” said Louisville Head Coach James O’Connor. “Brian [Ownby’s] effort was fantastic. I thought both himself and Mark-Anthony [Kaye] caused problems. In the first half he got into some really good positions. It’s unfortunate he hasn’t scored a goal tonight. He performed really well, as did Luke [Spencer], and it’s important to mention George [Davis IV]. The work that those guys put in was fantastic.”

The attacking quartet for City broke a three-game shutout streak for their hosts in the seventh minute as Ownby’s skill and industriousness down the right side paid dividends immediately. Able to get in behind his defender down the right, Ownby’s low cross to the top of the six-yard area left Spencer with a simple finish for his second goal of the season.

“We’ve been working on those movements in practice,” said Ownby. “I saw the defender kind of cheating, and I knew Luke was going to run straight across the goal line. I just put a hard ball on the ground, hoped it would make it over that turf, and it did.” 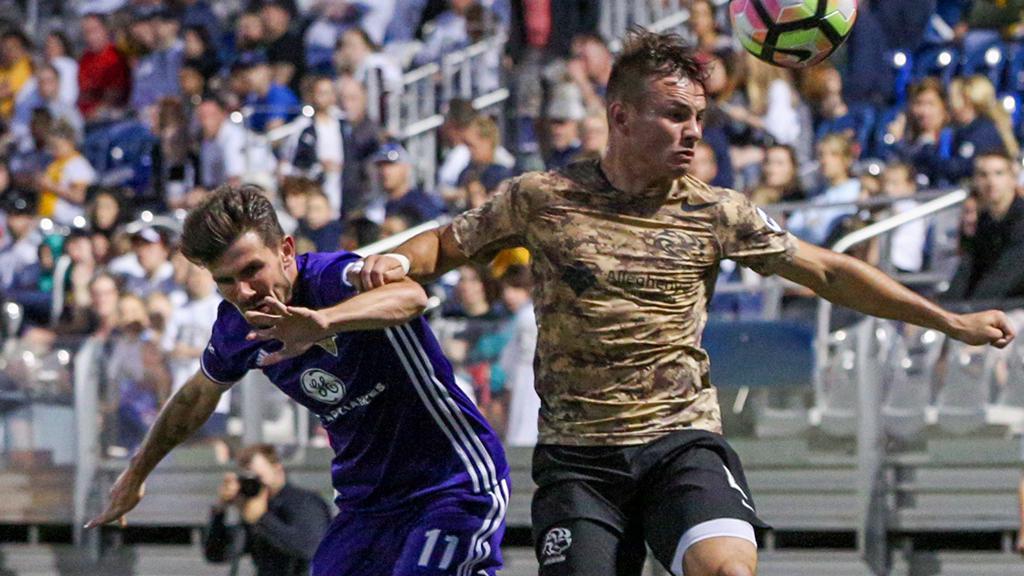 Ownby’s assist was his first this season, and he created two more chances before the halftime break as Louisville looked to press home its lead. After claiming a 9-0 win against amateur club Tartan Devils Oaks Avalon on Wednesday night at the same venue in the Lamar Hunt U.S. Open Cup, though, on Saturday night the second goal didn’t arrive.

That led to a tense second half, which saw the hosts create many more chances for an equalizer. While Kaye hit the post in the opening minute after the break, Pittsburgh did so as well in the 49th minute through Kevin Kerr, who got into far better positions throughout the second half. The addition of Riverhounds forward Romeo Parkes off the bench also boosted Pittsburgh, and it took a solid performance by Louisville goalkeeper Tim Dobrowolski to earn all three points.

“I think we’d take a little bit of pressure off if we’d put another one in early in the second half or even late in the first half,” said Ownby. “It didn’t happen, but I think the mindset was great. Even though we didn’t score again, we didn’t break. Tim [Dobrowolski] made some incredible saves to keep us in it. They were putting us under some pressure, but I thought we dealt with it well.”

Having put the club’s three-game winless streak to bed, Louisville can now take aim at the Eastern Conference leader Charleston Battery when it visits MUSC Health Stadium on June 3. After the side’s big first half against the Riverhounds, O’Connor is expecting more of the same.

“I thought the spirit was really good tonight,” said O’Connor. “The work from George and Brian and Mark — Luke, too — was excellent. I just thought in the first half we played really well.”