San Antonio is the last undefeated, but the picture is tightening lower in the poll 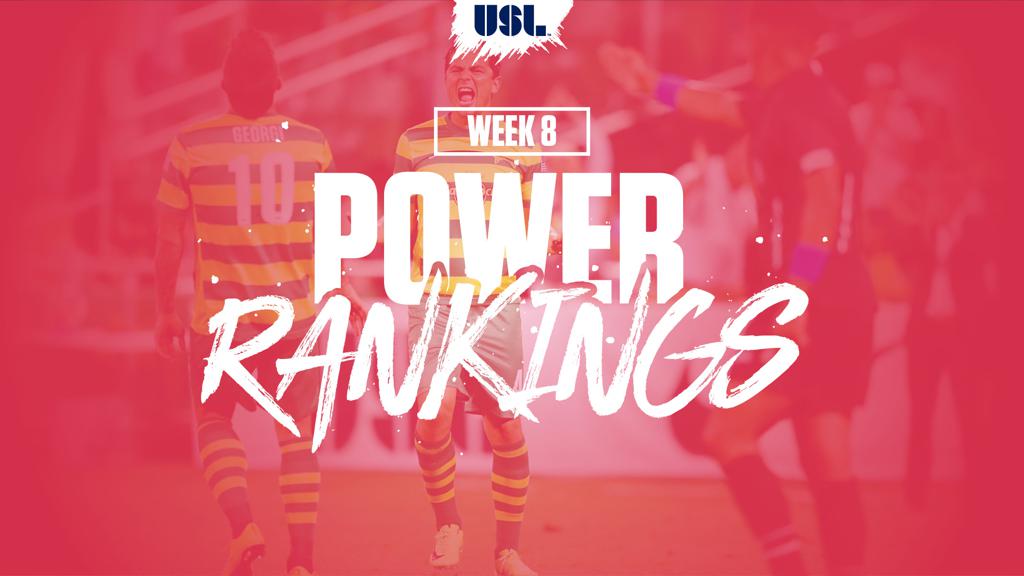 San Antonio FC’s scoreless draw with Seattle Sounders FC 2 on Saturday night left it as the lone undefeated team reamining in the USL this season after Louisville City FC’s loss to the Tampa Bay Rowdies. Now nine games undefeated to start the season, San Antonio is unsurprisingly still a unanimous No. 1 in the USLSoccer.com Power Rankings this week.

A little further down the order, though, and we have an interesting cluster of Western Conference teams that are separated only by goal differential in the standings, and by individual points in the power rankings. Rio Grande Valley FC, Tulsa Roughnecks FC and the Swope Park Rangers are all sitting in solid contention, with the Toros getting the nod for the lead spot in the trio, No. 7 overall, after their victory over the Rangers this past weekend.

As solid as all three are looking on home turf so far this season, duplicating that form on the road will likely be key to making a run at challenging San Antonio and Real Monarchs SLC further up the standings. As such, Tulsa’s trip to face Sacramento on Saturday looks like an intriguing challenge for Head Coach David Vaudreuil’s side.

1. San Antonio FC (50pts)
Last Week: D 0-0 vs. Seattle Sounders FC 2
San Antonio FC was held scoreless for the first time this season by a stout defensive display from Seattle that helped S2 continue to tick along nicely nine games in. The lack of a goal shouldn’t be too much of a concern. SAFC had the bulk of possession and 15 total shots to remain undefeated this season. After a Lamar Hunt U.S. Open Cup clash in midweek, though, arguably the highest-profile game of the weekend comes to Toyota Field on Saturday when Phoenix Rising FC is the guest.

2. Charleston Battery (44pts)
Last Week: W 1-0 vs. Saint Louis FC
The Battery secured seven points out of nine from their three-game home stand thanks to the combination of Justin Portillo and Forrest Lasso, who have now combined for almost one-quarter of the club’s 17 goals this season. The Battery’s chemistry continues to make them difficult to break down defensively, which has allowed them to grind through back-to-back 1-0 wins.

3. Real Monarchs SLC (40pts)
Last Week: W 3-0 at LA Galaxy II; W 2-0 vs. Sacramento Republic FC
The Monarchs already had our attention, but back-to-back shutout victories this week have placed the side as a foremost threat to San Antonio with just over a quarter of the season gone. The Monarchs have shown different ways of beating teams, too, with the counter-attack coming to the fore against Republic FC on Saturday as the hosts held a 5-2 advantage in shots on goal despite holding a fraction less than 40 percent of possession.

4. Tampa Bay Rowdies (36pts)
Last Week: W 2-0 vs. Louisville City FC
The Rowdies became not only the first team to hand Louisville City FC defeat this season, but also the first to score multiple goals in a game against Head Coach James O’Connor’s side since Louisville suffered a 2-1 defeat against Orlando City B on July 30 last season. The Rowdies have managed to keep pace with Charleston with the win, and would put pressure on the Battery to match their performance should they earn a victory on Friday evening against Toronto.

5. Louisville City FC (28pts)
Last Week: L 2-0 at Tampa Bay Rowdies
Louisville drops a little in this week’s rankings after falling from the ranks of the undefeated, and will get another test on the road this weekend when it travels to Pittsburgh to face a resurgent Riverhounds squad. Louisville’s only two-game losing streak a season ago came thanks to the loss to Orlando mentioned above, and the side will be eager to avoid slipping any further behind the conference leaders.

6. Pittsburgh Riverhounds (23pts)
Last Week: W 1-0 at Ottawa Fury FC
The Riverhounds’ first three-game winning streak since the 2013 season arrived on Saturday afternoon courtesy of Corey Hertzog’s fifth goal of the season, and a defensive display that has been the hallmark of the team’s run of success. Pittsburgh has reached the playoffs in every odd-year season in the USL’s history, but this is starting to feel a little different. Could Highmark Stadium finally host a postseason contest this year?

7. Rio Grande Valley FC (17pts)
Last Week: W 1-0 vs. Swope Park Rangers
The Toros took their second consecutive shutout victory at H-E-B Park to move above .500 for the first time this season with a victory against Swope Park, and are now starting to look like the side that finished in second place in the Western Conference at the end of last season. Saturday’s home game with the LA Galaxy II is now key to ending the road trip on a high note before a trip to the west coast to kick off June. 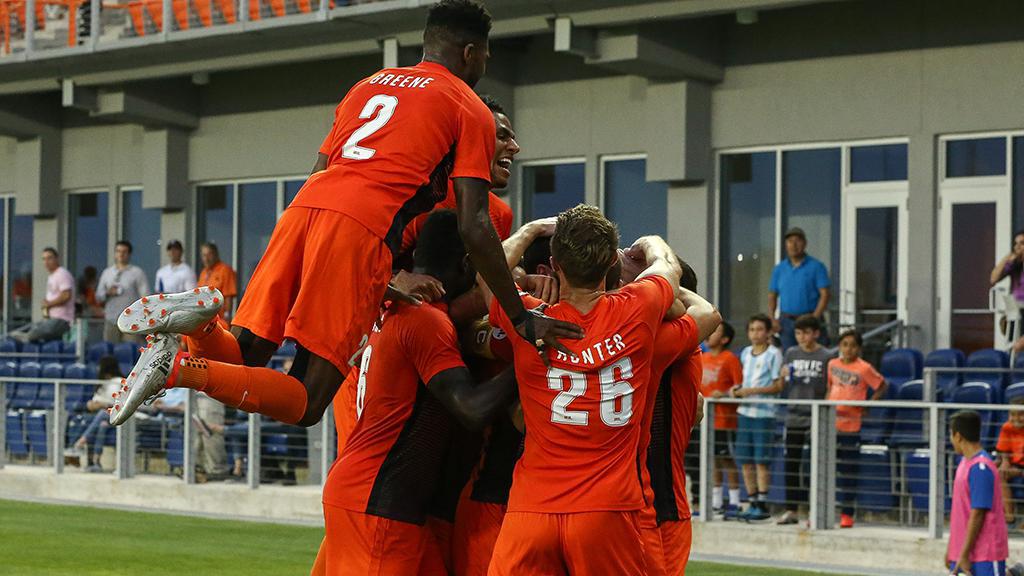 8. Tulsa Roughnecks FC (16pts)
Last Week: W 3-1 vs. Vancouver Whitecaps FC 2; W 4-0 vs. Orange County SC
There was still some skepticism over the Roughnecks’ level after their defeat on the road to Colorado Springs, but a pair of emphatic victories at ONEOK Field over three days has placed Tulsa firmly among the chasing pack in the Western Conference. The combination of Ian Svantesson and Juan Pablo Caffa has got the attack humming, while the work-rate the side is putting in across the field is making life difficult for opponents.

9. Swope Park Rangers (15pts)
Last Week: L 1-0 at Rio Grande Valley FC
The Rangers’ road issues reared their head again on Saturday, as Rio Grande Valley FC handed Swope Park a third defeat in three games away from Children’s Mercy Victory Field. The Rangers looked surprisingly blunt in the first half, ceding control to the Toros, and while there was improvement in the second half it wasn’t enough to take something from the game. A week off comes next, and then a major test in a home-and-home series against San Antonio.

10. Orlando City B (4pts)
Last Week: W 2-0 at FC Cincinnati
Orlando has moved into solid contention for a second consecutive postseason berth after its victory in Cincinnati on Saturday. OCB is now undefeated in its past four outings, going 2-0-2 and recording three consecutive shutouts in the process. A week off before a visit to Charlotte shouldn’t hinder Head Coach Anthony Pulis’ side too much as it gears up for a busy June.