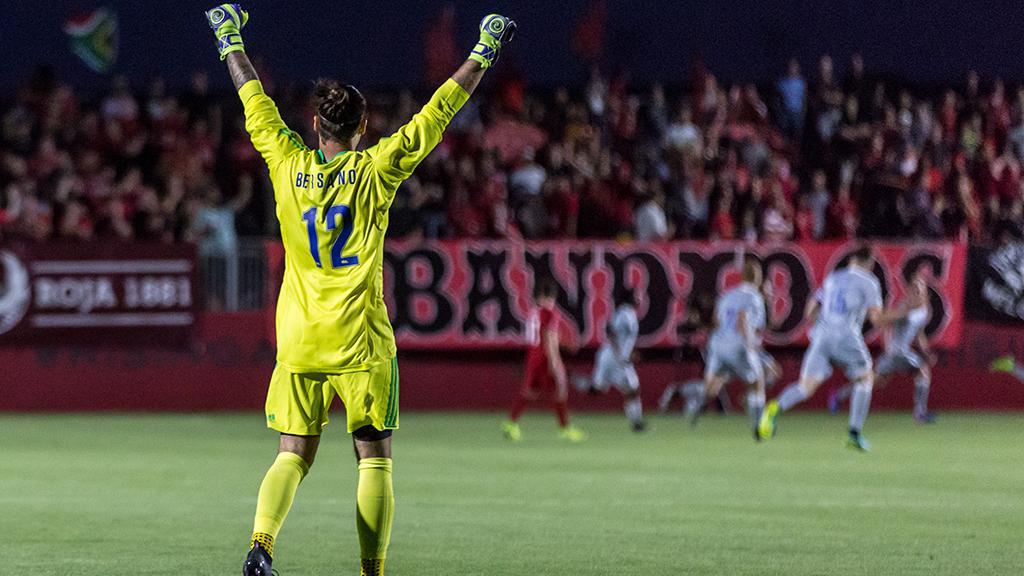 A piece of USL history capped another intriguing weekend of action across the USL, with Reno 1868 FC finding the path to victory behind the league’s all-time leading scorer. Dane Kelly’s two former clubs also had productive weekends, but everyone is still chasing San Antonio FC, which faced the biggest challenge yet to its undefeated start but came through unscathed.

1. DYNAMITE DANE: Going into Saturday night’s game against Phoenix Rising FC, there was a feeling that if the breaks went Reno 1868 FC’s way, a win was there for the taking. Within 10 minutes of kickoff, Dane Kelly had the visitors heading toward the first victory in club history in front of 6,074 fans at the Phoenix Rising Soccer Complex. The Jamaican’s hat trick – which propelled him to 53 all-time goals in the USL regular season – provided the perfect foundation as everything seemed to align for 1868 FC. Phoenix squandered its chances to get back into the game in the first half, before Reno pulled away with the win.

2. PRACTICALLY PERFECT: The previous night, Kelly’s most recent former club, Swope Park Rangers, had about as efficient an attacking half as you might find this season against Vancouver Whitecaps FC 2 at Childrens’ Mercy Victory Field. The Rangers created three goals on three assists, took another three chances, and recorded only one shot off-target. Leading the way in the effort was Lebo Moloto, who delivered a near-perfect performance playing as a false 9 in the center of attack. Moloto completed 24-of-24 passes, scored one goal and produced a sublime assist for Kharlton Belmar. The only “blemish” on his outing was an errant shot that missed the target. When the Rangers are in that type of rhythm, it’s very hard to stop.

3. CHARGING ON: The Charleston Battery were without their Jamaican striker on Saturday night, as Romario Williams laid low with illness, but that didn’t stop the side from claiming its third win in the past four games to move into sole possession of first place in the Eastern Conference. After taking an early lead thanks to Ataullah Guerra, the Battery did enough to withstand the pressure applied by Cory Burke and the Steel FC attack to earn another valuable three points on home turf. Center backs Taylor Mueller and Forrest Lasso each recorded seven clearances apiece. 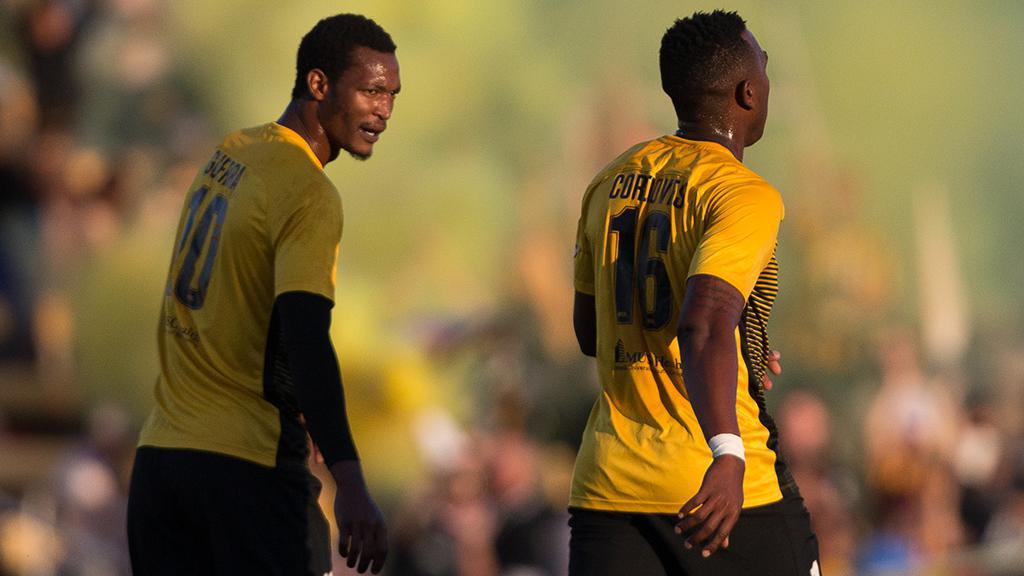 4. PUSHING THROUGH: San Antonio FC got another strong challenge to its undefeated start to the season on Saturday night, but pulled through to a 1-0 victory against Sacramento Republic FC in front of 7,234 fans at Toyota Field. San Antonio has only trailed once in eight games – against the other side that came closest to handing it defeat, Colorado Springs Switchbacks FC – but a stellar performance by its defensive group, highlighted by goalkeeper Diego Restrepo, saw Rafael Castillo’s penalty kick hold up as the game-winner. SAFC is now 7-0-1, a start that ranks among the best in USL history. The question now is how far can they take it?

5. SPINNING DOWN: When a team is in the type of scoring slump that currently faces Sacramento Republic FC, it’s very little fun for anyone involved. Chances that would normally be converted go awry, or produce great saves and last-ditch clearances, as the team’s confidence takes another hit. Sacramento, though, had the look of a side that hadn’t lost confidence in itself on Saturday in San Antonio. Yes, the team’s scoreless streak is now approaching 500 minutes, but it feels like if the side can get one in, it could break the trend and see the side start to find the net consistently. Despite all of this, Republic FC is still in playoff position a quarter of the way through the season, and has enough talent to break out of its current predicament.

6. COME ONE, COME ALL: For maybe the first time in its history, Orange County SC might have finally felt at home on Saturday night as it opened the club’s new venue at Orange County Great Park. Certainly, a 4-0 victory against I-405 Derby rivals the LA Galaxy II saw the side look right at home at the venue, which brought a strong crowd to the 5,000-capacity stadium. The venue itself got positive reviews from visitors, with SBNation.com’s Alicia Rodriguez calling the debut a sign of the club’s renewed ambition. With a permanent home coming soon, and a firm place in the playoff positions, thing appear to be looking up for Orange County’s club. 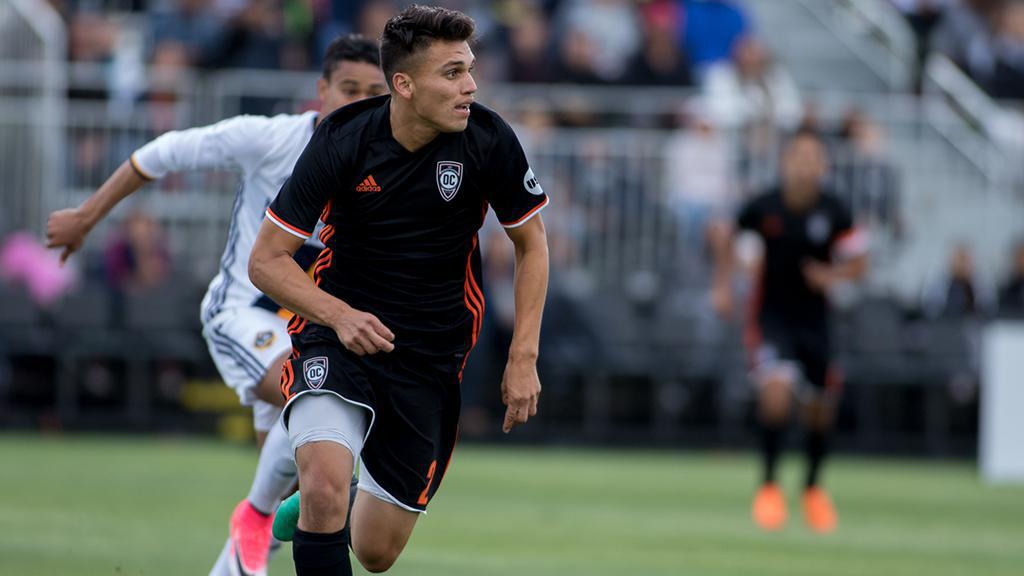 7. TACOMA BOUND: While Orange County moved into its new home on Saturday, another piece of major venue news came from Seattle Sounders FC, which announced it had signed a memorandum of understanding with the Tacoma Rainiers to develop a new, 5,000-seat soccer-specific stadium in the city that would become the new home of Sounders FC 2. The Rainiers, who have had success both on the diamond and in the stands, are part of the same division in the Pacific Coast League as the Reno Aces, whose partnership with the San Jose Earthquakes to develop Reno 1868 FC could be an ideal model as S2 looks to expand its audience, and the Sounders’ visibility throughout Washington state.

8. SEATTLE’S HOODOO: The day before the club’s stadium announcement, S2 continued its domination on the field of its biggest rival with a 2-0 victory against the Portland Timbers 2 at Starfire Stadium. S2’s victory, on the back  of a pair of goals by Irvin Parra, saw the club take its ninth win in 10 regular-season meetings between the clubs, the second of which might have made you think there was a hoodoo over T2 this season. S2, meanwhile, is firmly in the playoffs positions as it prepares for a tough trip to San Antonio.

9. BIG MEN ON CAMPUS: The change of scenery for the New York Red Bulls II has certainly done the defending USL champions little harm in its title defense. Now 3-0-0 at MSU Soccer Park this season after Saturday’s 3-1 victory against the Harrisburg City Islanders – which had taken a victory at Red Bull Arena previously this year – the Red Bulls II are right back in the mix in the Eastern Conference top four. The dream debut for Douglas Martinez was a nice lift for the side, with the Honduran U20 international notching his first goal just four minutes after entering the match. While his availability might be limited soon thanks to the FIFA U20 World Cup, at first glance Martinez looked like a stellar addition to the NYRB II attack.

10. MASTA OF THE HOUSE: Colorado Springs Switchbacks FC knew it would have to retool in attack this season after the departures of three of its four leading scorers from a season ago, but the contributions of Masta Kacher so far in 2017 have pushed those concerns to the back-burner, at least for now. The former Montreal player has notched four goals in eight games after his brace against Tulsa on Friday night, and with the resurgence of Aaron King and fellow new arrival Shane Malcolm providing back-up, the Switchbacks are firmly in the playoff picture after their strong victory against Tulsa.

11. STEP BY STEP: FC Cincinnati couldn’t break its winless streak, which stretched to four in a 1-1 draw against the Richmond Kickers on Saturday night at City Stadium, but it did show signs of the progress that’s going to be needed to fulfill the expectations the club had going into the 2017 season. FCC’s second-half performance, in particular, saw it put the hosts on the back foot consistently, with the introduction of Kadeem Dacres providing the final push that secured a point on the road. Cincinnati kicks off three consecutive home games at Nippert Stadium this Saturday against Orlando. Currently sitting seventh in the East as the week begins, the chance to make a move is at hand.