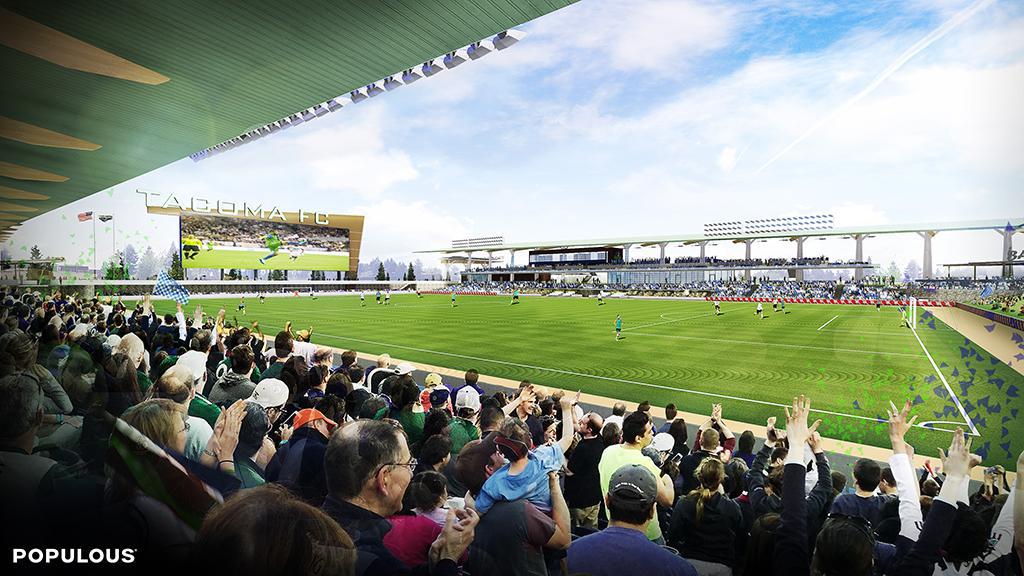 SEATTLE – Seattle Sounders FC Owner Adrian Hanauer announced on Saturday that the club had signed a memorandum of understanding with the Tacoma Rainiers to develop a new, 5,000-seat soccer-specific stadium that would become the new home for the organization’s USL club, Seattle Sounders FC 2.

The Sounders also released renderings of the future venue, which would be created in collaboration with architecture firm Populous, which includes MLS venues such as Orlando City Stadium, Children’s Mercy Sporting Park and BBVA Compass Field among its prior creations.

The partnership would see the Rainiers run the organization, while the Sounders would lead the technical staff for the team. The model follows similar agreements between USL clubs Rio Grande Valley FC and Reno 1868 FC and Major League Soccer’s Houston Dynamo and San Jose Earthquakes, respectively.

“We are absolutely thrilled to be moving forward with the Tacoma Rainiers and City of Tacoma, progressing toward construction of a soccer-specific stadium,” said Hanauer. “Our vision of having players begin their time with the club playing at Starfire with the Academy, then move up to the USL team with matches in Tacoma, before finally getting the call-up to the First Team at CenturyLink Field – all while playing within the Puget Sound region – really reinforces our commitment to bringing quality soccer to the communities of Western Washington.”

S2 entered its third season in the USL in 2017, having reached the postseason in its inaugural season two years ago, and has called Starfire Stadium its home during that time. The side took a 2-0 victory against the Portland Timbers 2 on Friday night to move into fifth place in the USL’s Western Conference under Head Coach Ezra Hendrickson.

“This is the art of the possible,” Rainiers President Aaron Artman said. “What can we create, with our community and our partners, that adds to Tacoma’s current trajectory? Now that both parties have agreed on a structure to move forward – as one entity representing USL soccer in Tacoma – it gives us the ability to work together to try to deliver a first-class stadium experience.”