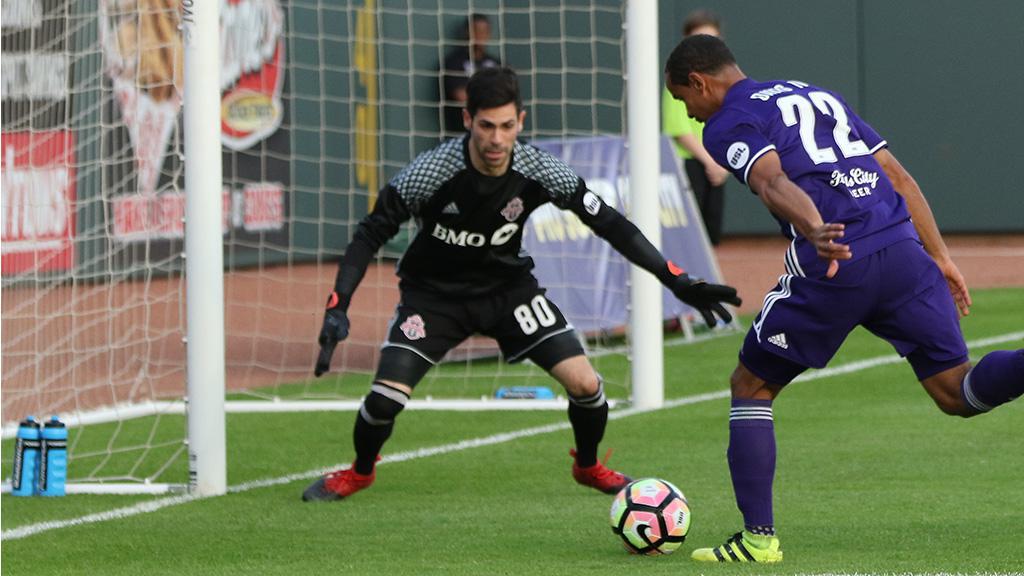 VAUGHAN, Ont. – Toronto FC II goalkeeper Angelo Cavalluzzo can’t recall having had a string of games like his last three outings, which have seen the Reds record three consecutive shutouts against three solid opponents in Rochester, Ottawa and Louisville.

“I don’t think that long, no,” Cavalluzzo told reporters on Monday. “I’ve had maybe two games, three games, no, I don’t think I’ve had that. It’s been great, I’m really enjoying it, and the team’s playing really well in front of me so it helps me a lot.”

Cavalluzzo’s play – which on Tuesday earned him a place on the USL Team of the Week – has Toronto on the verge of a club record. TFC II’s shutout streak has reached 310 minutes, only four shy of the best run in the club’s history two seasons ago.

After the club conceded an Eastern Conference 58 goals a season ago, Toronto Head Coach Jason Bent is pleased with the turnaround his side has shown this year.

“As we know last year was far too many and didn’t give us the best possible opportunity to get results,” said Bent. “We’ve made a conscious effort to be far more solid defensively and so far so good. Four clean sheets out of six games is not bad, especially with the amount of games on the road, so steps to build on.”

After its hard-fought draw against Louisville, which had won all four meetings with Toronto prior to Saturday’s contest, the Reds are now set to face off against another side that has given them major problems over the past two years in the Pittsburgh Riverhounds in the USL Game of the Week on ESPN3 on Wednesday night. The Steel City club has gone 4-0-1 against TFC II, and was the side that broke the club’s shutout streak two years ago as Kevin Kerr’s goal paved the way to a 2-0 win at the Ontario Soccer Centre.

Kerr notched his first assist of the season on Saturday as the Riverhounds earned their second win of the season with a 1-0 victory against Keystone Derby Cup rivals the Harrisburg City Islanders, and would move into the East’s playoff positions with a win at Highmark Stadium. 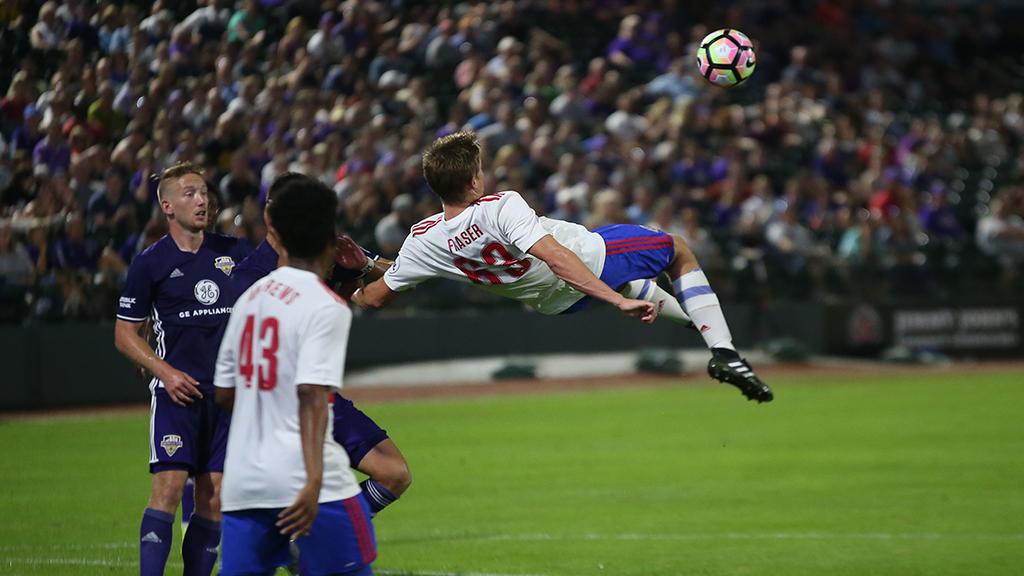 With Toronto still sitting with only two goals this season, finding the right balance to continue the club’s strong defensive play with more of a cutting edge is going to be crucial.

“We can’t give away as many chances as we did against Louisville, and on the attacking side of things we need to capitalize on the chances we get,” said Bent. “I’m no different to any other coach, you’re always searching for that balance, but it’s from both perspectives from where you defend as a team – the amount of work our strikers did against Louisville defending from the front was fantastic – and you also score  goals as a team. It’s not one particular unit, we’ve got to work in unison with each other.”