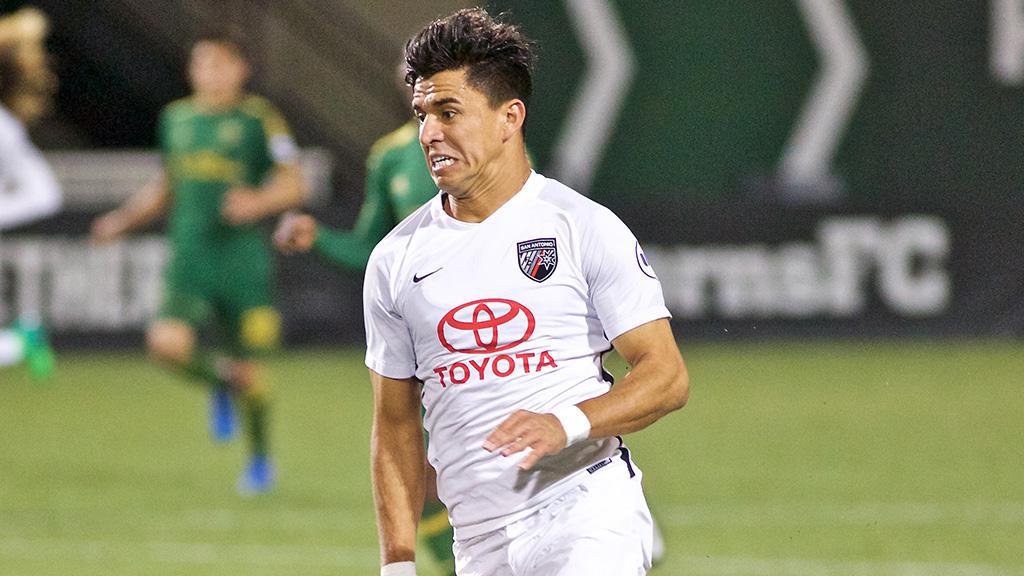 TAMPA, Fla. – San Antonio FC forward Cesar Elizondo has been voted the USL Player of the Week for Week 6 of the 2017 season. Elizondo had two goals and one assist in two games as SAFC took a pair of road victories against Seattle Sounders FC 2 and the Portland Timbers 2 over the course of the week, extending the club’s record undefeated streak to seven games, and winning streak to four. 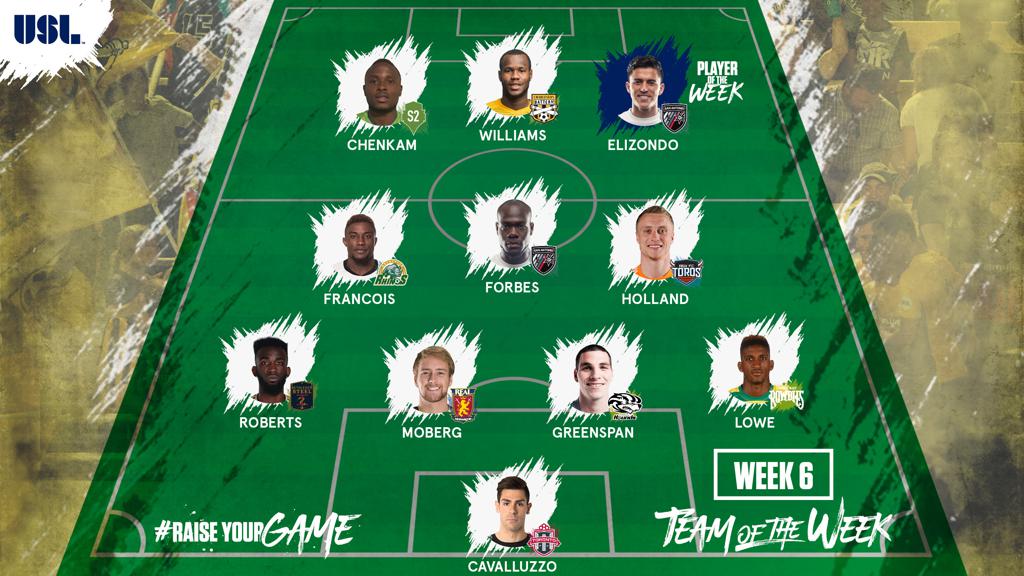 GK – Angelo Cavalluzzo, Toronto FC II: Cavalluzzo recorded a 10-save shutout against Louisville City FC, his third in a row for the Reds, on Saturday night.

D – Damion Lowe, Tampa Bay Rowdies: Lowe completed 82 percent of his passes and recorded four interceptions and four clearances as the Rowdies held Richmond without a shot on goal.

M – Billy Forbes, San Antonio FC: Forbes scored a goal in each of San Antonio’s victories over the past week, helping the side maintain its undefeated start to the season.

M – Christiano Francois, Rochester Rhinos: Francois provided the assists on the Rhinos’ second and third goals, and was brought down for a penalty kick as Rochester downed Charlotte 4-0.

F – Romario Williams, Charleston Battery: Williams moved into a tie for the league lead with six goals as his brace earned the Battery a point in a 2-2 draw with Ottawa Fury FC.