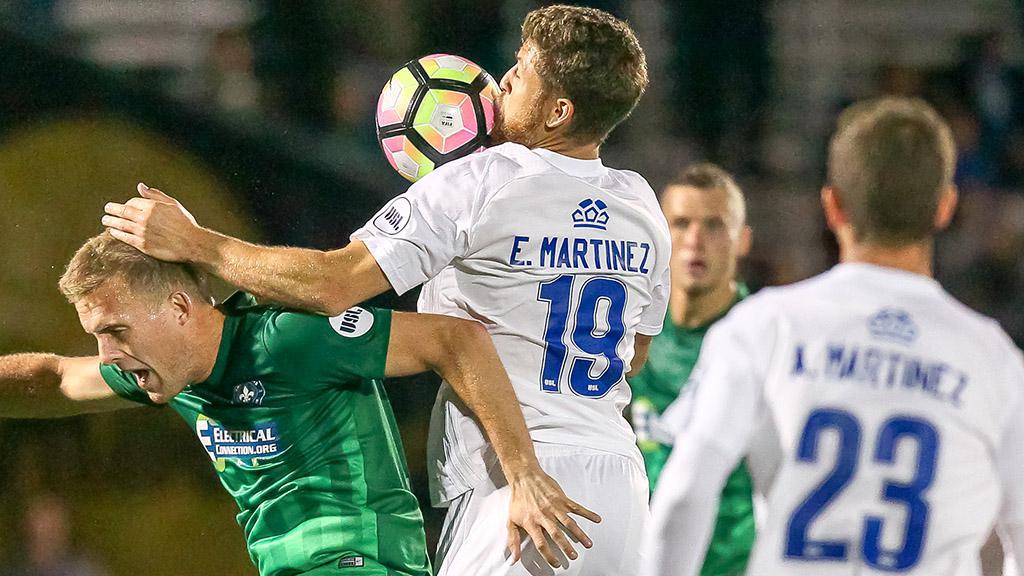 TAMPA, Fla. – Charlotte Independence forward Enzo Martinez has been voted the USL Player of the Week for Week 5 of the 2017 season. Martinez notched both goals as the Independence rallied from an early deficit to take a 2-1 victory against Saint Louis FC, the club’s first win of the season. Martinez’s goals were his first of the new year after being nominated as a finalist for the 2016 USL Most Valuable Player award. 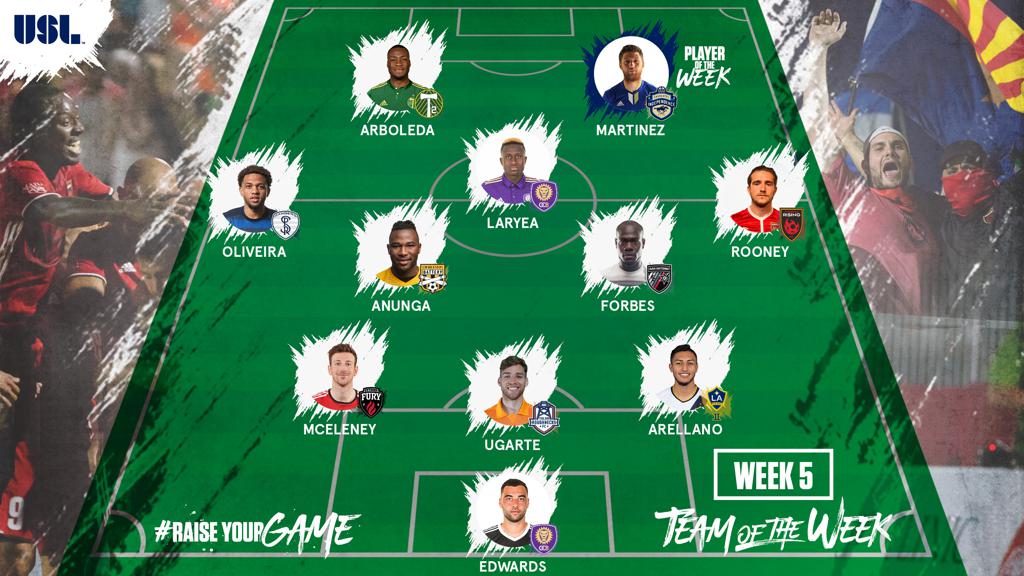 D – Shane McEleney, Ottawa Fury FC: McEleney had a solid game defensively as Ottawa held Toronto FC II without a shot on goal, while also completing 80 percent of his 50 passes.

M – Richie Laryea, Orlando City B: Laryea scored both goals and completed all 18 of his passes as Orlando took a 2-0 victory against Bethlehem on Sunday evening.

M – Brian Tah Anunga, Charleston Battery: Anunga’s late game-winner against Tampa Bay lifted the Battery to the top of the Eastern Conference as he also completed 81 percent of his passes in the contest.

F – Victor Arboleda, Portland Timbers 2: Arboleda completed 92.3 percent of his passes for the game and scored the second goal in a 2-0 win against Sacramento for T2’s first victory of the season.
F – Enzo Martinez, Charlotte Independence: Martinez’s first two goals of the season lifted the Independence to their first win as Charlotte overcame an early deficit to defeat Saint Louis.