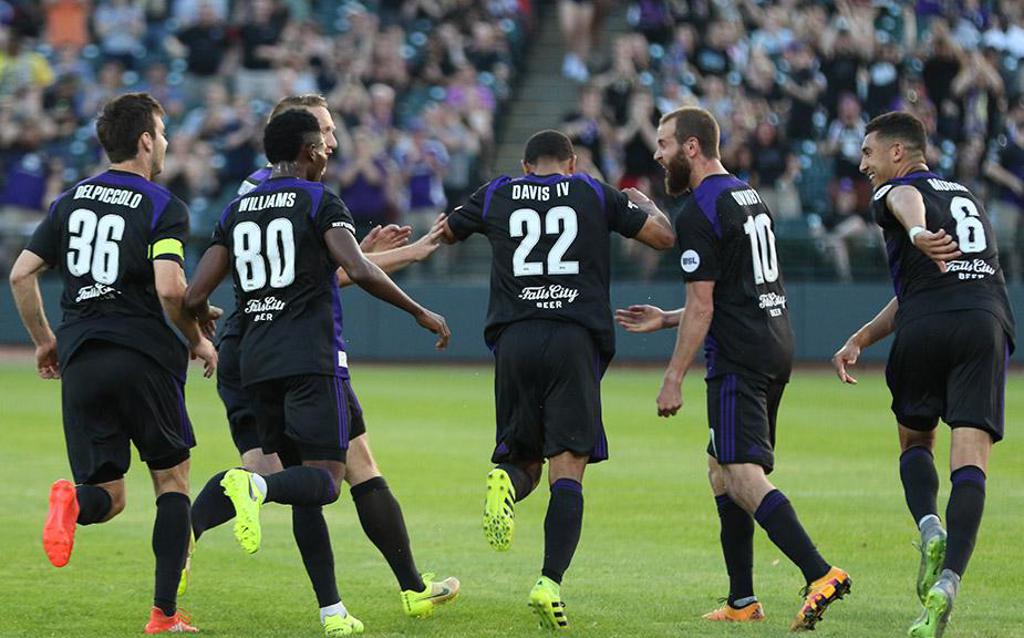 LOUISVILLE, Ky. – Louisville City FC handed the Tampa Bay Rowdies their first defeat of the season in front of a crowd of 9,074 fans at Slugger Field as goals by George Davis IV and Cameron Lancaster earned the side its third consecutive win on Saturday night. Tampa Bay had the first big chance of the game, only for Georgi Hristov to curl a finish over the crossbar from the left side of the penalty area in the 19th minute. Two minutes later Louisville took the lead as Brian Ownby found Luke Spencer on the left, and his pass found George Davis IV in the center of the penalty area, and allowed Davis to take a touch and finish low to the left corner. The Rowdies tried to bounce back in the second half, and both Neill Collins and Deshorn Brown had chances in the second half. Louisville also continued to threaten, but Tampa Bay’s Darwin Jones went close with eight minutes to go as his shot was deflected agonizingly wide, and off the ensuing corner Brown hit the right post. Louisville doubled its lead with three minutes to go as Cameron Lancaster’s finished with a fine chipped finish on a breakaway, and set up a big finish that saw Martin Paterson pull back a goal two minutes later for Tampa Bay, but the hosts held on in stoppage time to take a big victory.

George Davis IV, Louisville City FC – Davis’ third goal in as many games paved the way for Louisville’s third consecutive victory in front of a standout crowd at Slugger Field.