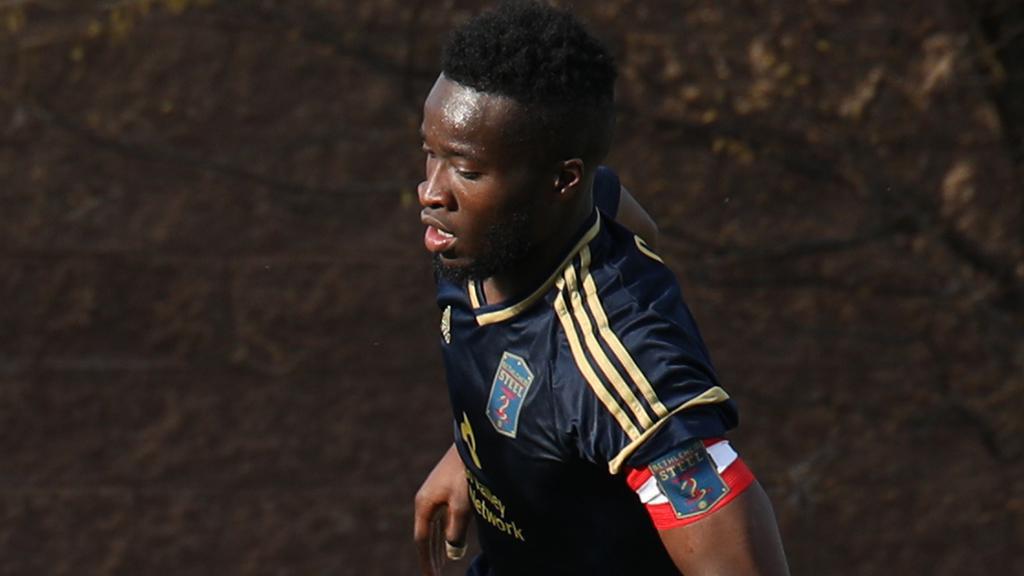 TAMPA, Fla. – Bethlehem Steel FC forward Seku Conneh has been voted the USL Player of the Week for Week 3 of the 2017 season. Conneh scored both goals as Steel FC earned its first win of the season on Sunday evening with a 2-0 victory against FC Cincinnati at Goodman Stadium. 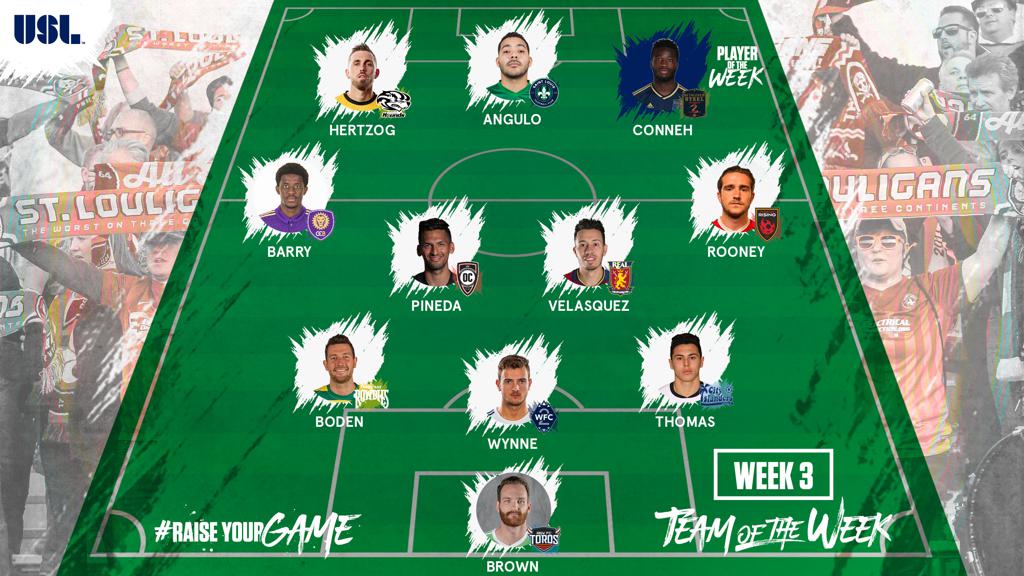 GK – Calle Brown, Rio Grande Valley FC: Brown made a key penalty kick save against OKC Energy FC to earn a shutout in the Toros’ first win of the season.

D – Luke Boden, Tampa Bay Rowdies: Boden had a strong two-way performance, helping set up the only goal, as the Rowdies earned a third shutout of the season in a 1-0 win against Ottawa.

M – Hadji Barry, Orlando City B: Barry scored the game-winning goal, and finished the game with four shots and one created chance, as Orlando secured its first win against Toronto.

M – Sebastian Velasquez, Real Monarchs SLC: Velasquez had a goal and assist, and also linked up play well as the Monarchs remained perfect with a 5-3 victory against Reno.

M – Luke Rooney, Phoenix Rising FC: Rooney scored both goals as Rising FC took its first win of the club’s new era with a 2-1 victory against the LA Galaxy II.

F – Seku Conneh, Bethlehem Steel FC: Conneh scored both goals as Steel FC recorded its first win of the season with a 2-0 victory against FC Cincinnati.

F – Corey Hertzog, Pittsburgh Riverhounds: Hertzog scored a stoppage-time game-winner as the Riverhounds defeated Charleston 2-1 for their first win against the Battery since 2011.

Every game of the 2017 USL season can be seen live, free and in HD through the league’s official Match Center (www.uslsoccer.com/match-center), with updates from across the league also available via Twitter, Facebook, and Instagram.