Led STLFC to thrilling 3-2 victory against Ottawa with goal, assist 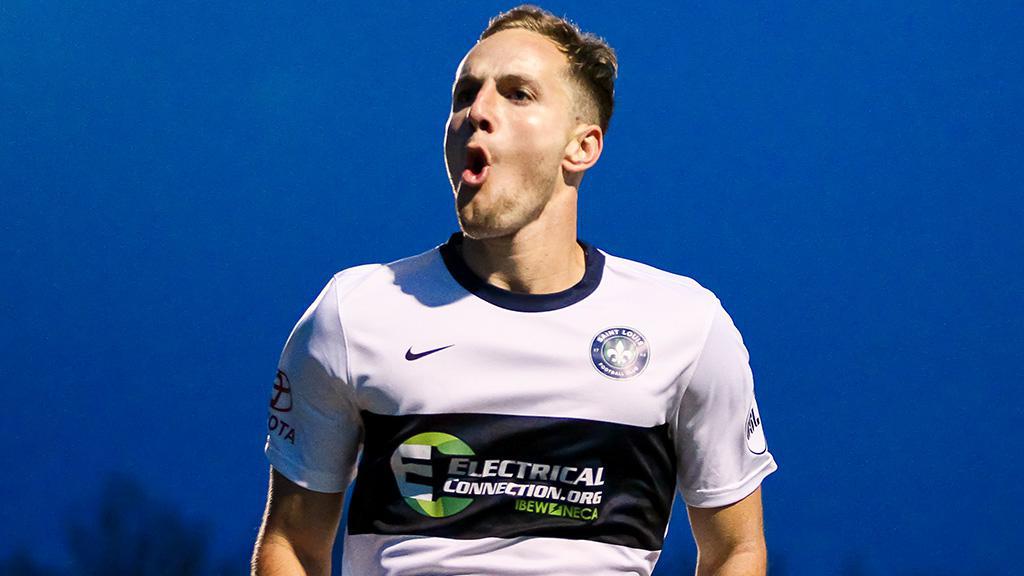 TAMPA, Fla. – Saint Louis FC forward Christian Volesky has been voted the USL Player of the Week for Week 2 of the 2017 season. Volesky recorded a goal and assist, and then played a key role in STLFC’s late winner in a 3-2 victory against Ottawa Fury FC in front of a sellout crowd of 5,566 at Toyota Stadium – Saint Louis on Saturday night.

Volesky received 38 percent of the poll conducted by a national panel of independent media representing every USL market. Three players finished in a tie for second place with 19 percent of the vote. 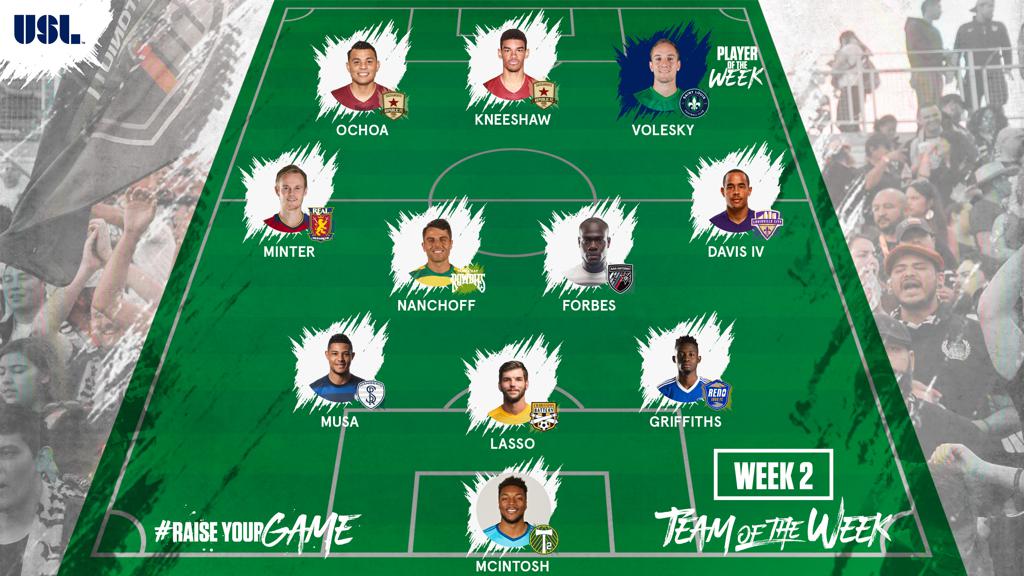 D – Forrest Lasso, Charleston Battery: Lasso recorded his second goal in as many games, and helped the Battery record their first shutout in a 2-0 win against Charlotte.

D – Brenton Griffiths, Reno 1868 FC: Griffiths scored the first goal in Reno’s history and led the side defensively as it earned its first point in a 1-1 draw with Vancouver.

M – Billy Forbes, San Antonio FC: Forbes had a goal and assist as San Antonio took a second consecutive win to start the season by defeating the LA Galaxy II 3-0.

M – George Davis IV, Louisville City FC: Davis had a goal and assist in a strong all-around performance that led Louisville to a victory against Orlando.

M – Chase Minter, Real Monarchs SLC: Minter created two chances and earned the penalty kick that put the Monarchs ahead in a 2-0 victory against Phoenix.

F – Wilson Kneeshaw, Sacramento Republic FC: Kneeshaw had a goal and assist and provided a consistent treat to Orange County’s defense with his speed in a 4-0 win.