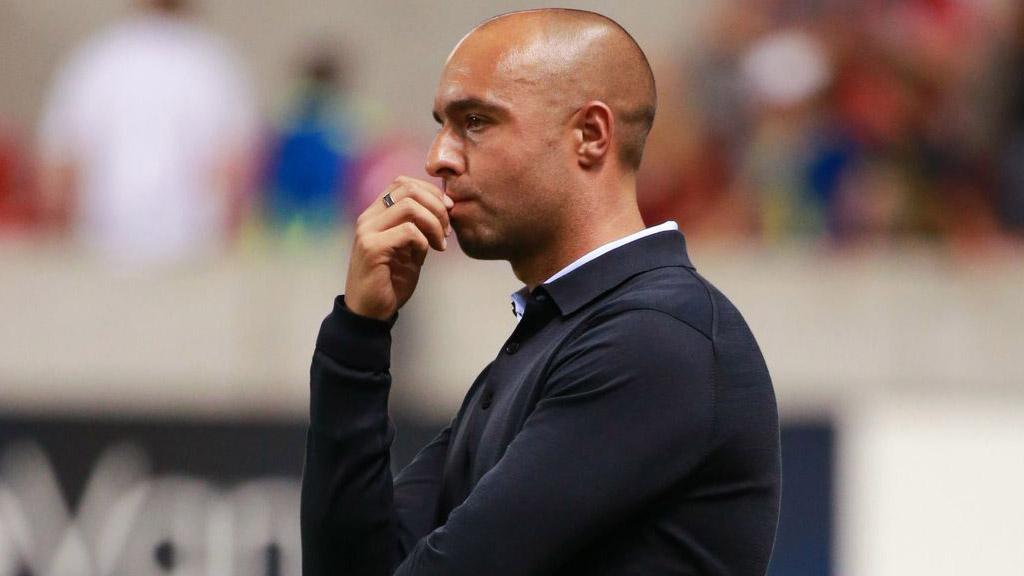 Briggs replaces Mike Petke, who was promoted on Wednesday from the Monarchs head coach to assume the same position for Real Salt Lake of Major League Soccer. The duo have worked together throughout the preseason, winning 2-1 on Saturday at Portland in the USL club’s 2017 opener. Briggs and his staff will lead the Monarchs against Phoenix Rising FC in this Saturday’s home opener for the Utah club at Rio Tinto Stadium (4 p.m. MT kickoff).

"I am thankful for this opportunity to lead such a critical piece of the Real Salt Lake pyramid," said Briggs, 35, a former midfielder who played in the English Premier League (West Bromwich Albion, 1998-2003), the Danish Superliga (Herfølge, 2003/04) and the USL (Wilmington Hammerheads, 2009, 2012-14), amongst a 16-year playing career. "The aspiration, vision and culture of this organization is unparalleled, and I can’t wait for our home debut on Saturday

“Our 2017 Monarchs plans have been two-fold for the last several months. While the end goal is to develop MLS-caliber players, an important part of development is winning. Finding success on the field goes hand-in-hand with our philosophy of winning in the USL while simultaneously teaching young players how to become more-polished professionals.”

Briggs arrived at the Utah club last November, and his Monarchs staff will continue to include Matt Glaeser – his assistant at Wilmington before joining the Monarchs four months ago – along with former RSL and Red Bulls defender Jamison Olave, who retired as a player following the 2016 season and has spent recent months earning his coaching accreditations and assisting with the Monarchs.

“Mark’s appointment is reflective of the natural progression of what the Monarchs represent within our club structure,” said Fall, the Salt Lake City native who has worked for RSL since 2007. “Briggs possesses an intimate understanding of how we balance our developmental philosophy of giving players vital minutes in a professional atmosphere, with that of winning games, entertaining fans and feeding Utah’s soccer culture.”

Briggs, a Wolverhampton, England native, boasts previous head coaching experience, guiding the now-defunct USL Wilmington Hammerheads – whom he led to a USL title in 2009 as a player, served as a player-coach in 2012-14 before becoming Head Coach in the 2015/16 seasons. Last June, the Briggs-led Hammerheads pushed Real Salt Lake to the limit in the Third Round of the 2016 Lamar Hunt U.S. Open Cup, the USL side falling in a penalty shootout tiebreaker at Rio Tinto Stadium after an even 2-2 scoreline through 120 minutes of regulation and extra time.

Under Briggs’ guidance, the group will continue its mantra of integrating a consistent system and style of play across all teams, with the primary aim of developing players for the parent club. Back in December, Petke was hired as the Monarchs’ second head coach, replacing original boss Freddy Juarez, who was promoted to RSL assistant coach Dec. 6 after guiding the USL franchise from its inception.