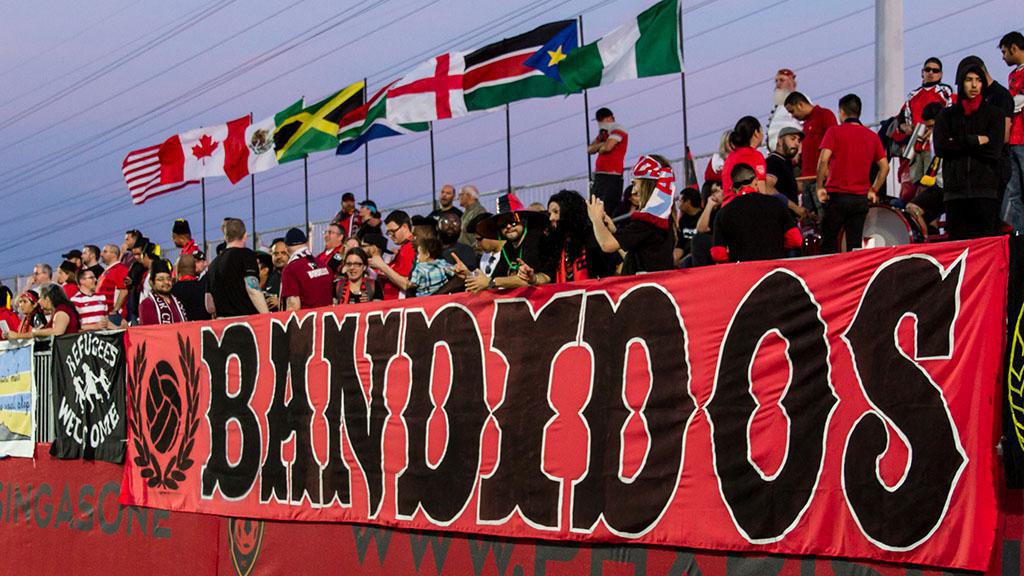 While the final score, a 1-0 loss to a sharp Toronto FC II side, wasn’t the outcome most at the game were hoping for, the sense of optimism that surrounded the night couldn’t be diminished.

“It’s obviously an amazing accomplishment that has been achieved here,” said Rising FC midfielder Matt Watson. “I’m honored to be a part of the team, and hopefully something special going forward. It was obviously disappointing not to win, but it was good to be out here in front of the fans.”

Rising FC itself showed glimpses of its potential on the night, but with as many new faces in the starting lineup as the side had it may take a week or two more to match its surroundings in terms of shine. Toronto certainly looked the sharper side in the first half, and debutant Ryan Telfer scored the first goal in the stadium’s first goal off a well-worked move in the eighth minute. Canadian international Jay Chapman played in Ben Spencer on the left, and the U.S. Youth International’s low cross found Telfer for his first professional goal.

“They moved the ball quite sharply,” said Phoenix Head Coach Frank Yallop. “I’d say the chances were quite even. They had a few, we had a few. But their general play was a little sharper than ours.” 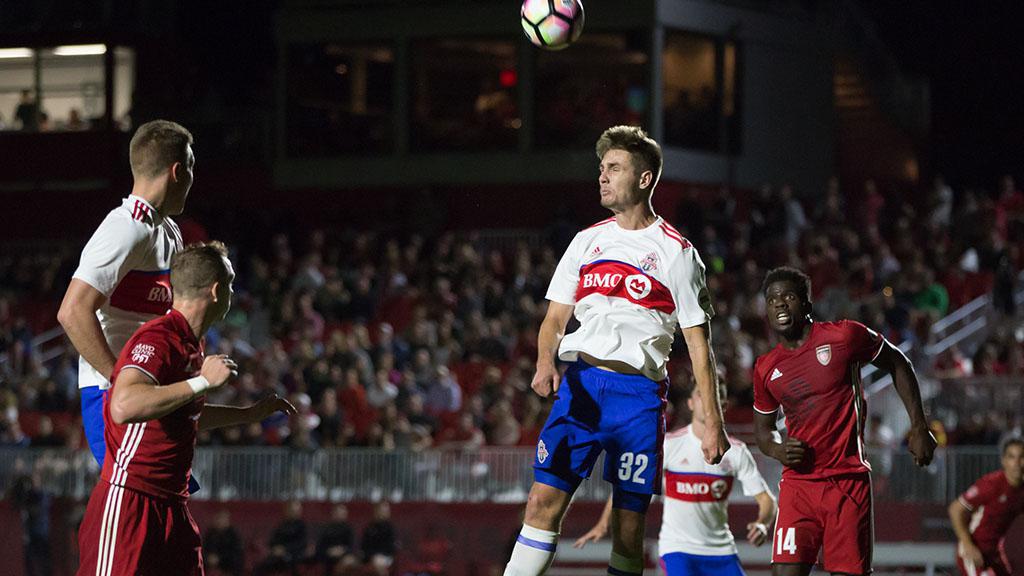 Still, Rising FC had its chances to find an equalizer. Mike Seth shot high in the first half on a chance in the left side of the penalty area, and substitutes Chris Cortez and Alessandro Riggi had positive effects when they came on in the second half.

Riggi, in fact, created two good chances for Phoenix in the final 20 minutes, including a last-gasp chance when he knifed into the left side of the penalty area and cut back a good cross to Jason Johnson. The Jamaican’s header slid agonizingly wide of the right post, however, allowing Toronto to head home with all three points.

“I still think we maybe should have got a goal,” said Yallop. “Whether we deserved to get a tie, you can decide that. In the second half we had a spell of 20 minutes where we could have scored, but we didn’t and that’s frustrating. But again we just got to pick ourselves up and get ready for the next game.”

Phoenix heads on the road next Saturday night to face Real Monarchs SLC, which took a 2-1 victory on the road against the Portland Timbers 2 to open the season, but the atmosphere the fans generate the players are eager for the club’s next home game on April 8 when the LA Galaxy II are the visitors.

“It was amazing, especially towards the end when we were going for that last goal,” said Watson. “You could hear the noise and as players. It’s amazing how quick this has been done and to see so many fans come out for our first game, it’s really amazing. It’s an honor for me to be part of it so I’m excited.”

“The facility is fantastic, top notch,” added Seth. “Great fan support, so we just need to come out next time and get a better result.”