Ballard leads newcomers in front of 6,758 fans with strong display despite lack of goals 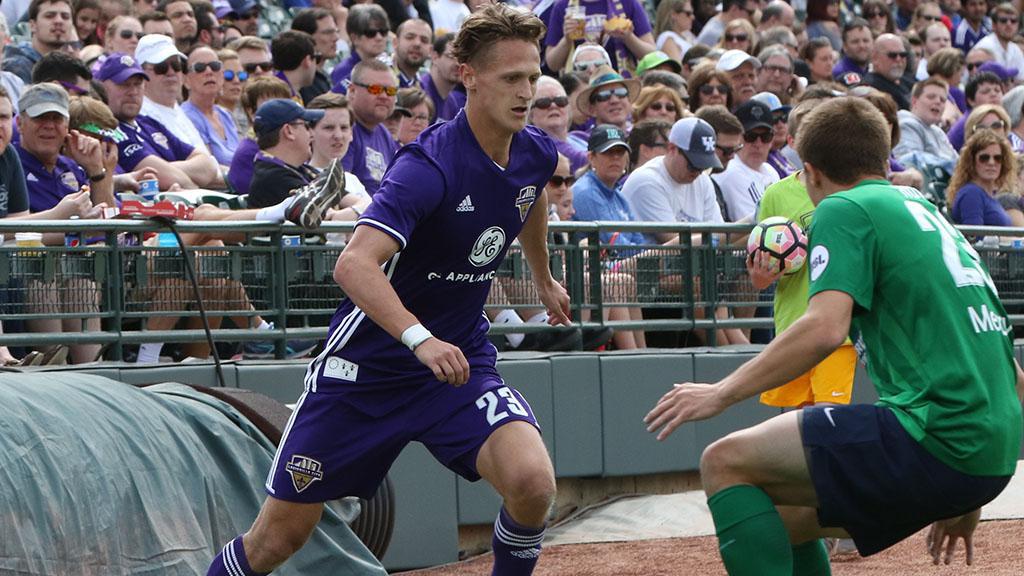 LOUISVILLE, Ky. – With five new faces in its starting lineup, Louisville City FC could have been forgiven if its opening performance of the 2017 USL regular season wasn’t quite to the standard of its first two seasons.

By the conclusion of the side’s 0-0 draw in front of 6,758 fans at Louisville Slugger Field against Saint Louis FC on Saturday afternoon, though, the only thing that was missing was a goal.

“We’re very unlucky not to win the game,” said Louisville Head Coach James O’Connor. “I can’t recall us having a game where we’ve dominated so clearly for so long. I’m not being disrespectful to Saint Louis. I thought we played really, really well.”

The closes the hosts came to finding the net was in the eighth minute when an in-swinging corner from the left by newcomer Oscar Jimenez found the head of Tarek Morad at the near post. The defender’s header appeared goal-bound, but came back off the bottom half of the crossbar before being scurried away by Saint Louis’ defense. 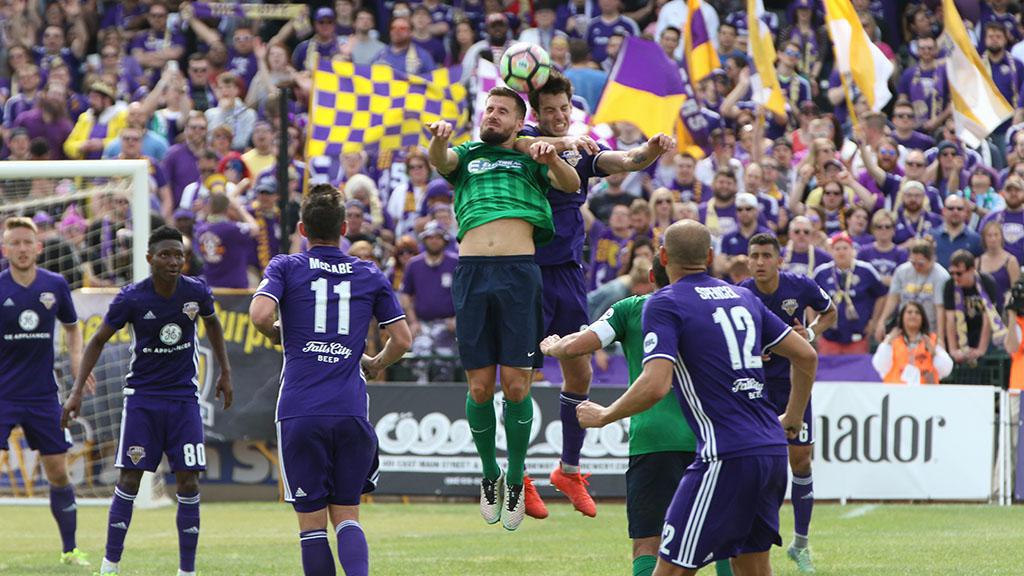 Jimenez’s debut for Louisville was a positive one overall, but arguably the most impressive was that of rookie winger Richard Ballard. The Louisville native appeared to be the potential source of the opening goal for much of the first half as he combined well down the right flank in his professional debut. Ballard caused serious problems for Saint Louis rookie Ryan Howe, and the effectiveness of Ballard and Smith put a damper on Sebastian Dalgaard’s first game for Saint Louis as the winger completed only half of his passes, and delivered only one cross during the game.

“I thought he played really well,” said O’Connor of Ballard. “He caused them a lot of problems with his pace. On another day he would’ve scored, I think he was really unfortunate. I was really pleased with how he played, and how all the guys played.”

The former Indiana University standout’s performance certainly didn’t show any sign that it was his first professional start as he hit the ground running for his hometown club.

“I don’t think I was too nervous,” Ballard said. “I was just ready to get things rolling. Once the whistle blew, it was all autopilot from there.”

With the likes of Ballard and fellow newcomer Brian Ownby causing regular problems for the visitors, Louisville was able to earn 16 corner kicks over the course of the contest. That they weren’t able to convert was thanks to an impressive display by Saint Louis’ Konrad Plewa and A.J. Cochran, who combined for 18 clearances and 10 interceptions. Louisville captain Paolo DelPiccolo, though, was disappointed with his side’s execution from the dead-ball opportunities.

“I think we need to do better to be honest with you,” said DelPiccolo. “Yeah they have some big guys in there, their two center backs are some trees back there for sure, but we had way too many wide free kicks and corner kicks to not score one of those so that’s definitely something we need to be better on.”

Louisville will get a quick turnaround, and a return from suspension for center back Paco Craig, when they head on the road against Orlando City B on Thursday night ready to build on the positives the team displayed on Saturday.

“I thought we played well,” DelPiccolo said. “I thought we had good attitudes. I thought we deserved three points. But again you’re not exactly shattered, because of all the things I just said. We did come out and play well, and so you’re happy with that — but a little bit at the same time disappointed not to get away with three points.”