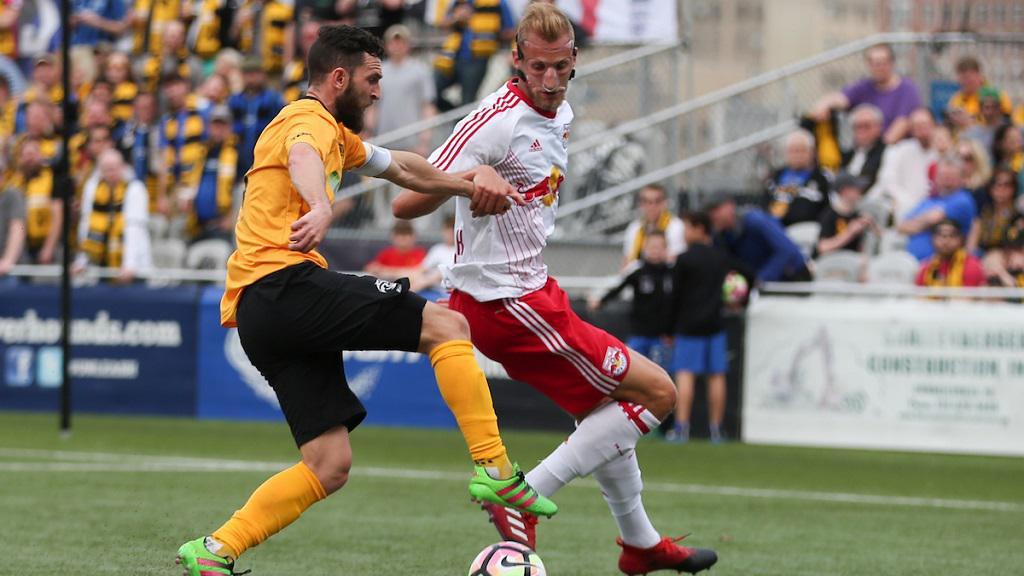 PITTSBURGH – The New York Red Bulls II's attack picked up right where it left off in 2016, but the Pittsburgh Riverhounds had answers and secured a point in an exciting 3-3 tie at Highmark Stadium on Saturday. The defending United Soccer League champions, who set a record with 61 goals scored as a team in 2016, looked strong up front in their opening match. Florian Valot scored the first goal of the 2017 USL regular season in the sixth minute of play before Riverhounds attacker Corey Hertzog responded with an incredible solo effort along the end line three minutes later, tying the match. Vincent Bezecourt gave the Red Bulls II the lead with a quality strike in the 16th minute, but once again, the Riverhounds responded. Kevin Karr scored before halftime to level the score, 2-2. In the 77th minute, Bezecourt gave the visitors the 3-2 lead with a penalty-kick conversion late into the match, but Hertzog bagged another goal to help his club earn a point in its 2017 home opener.

USLSoccer.com Man of the Match:
Corey Hertzog, Pittsburgh Riverhounds – Scoring two goals, including the game-tying strike in the 81st minute, the attacker looks primed for another strong season after earning All-League Second Team honors in 2016.