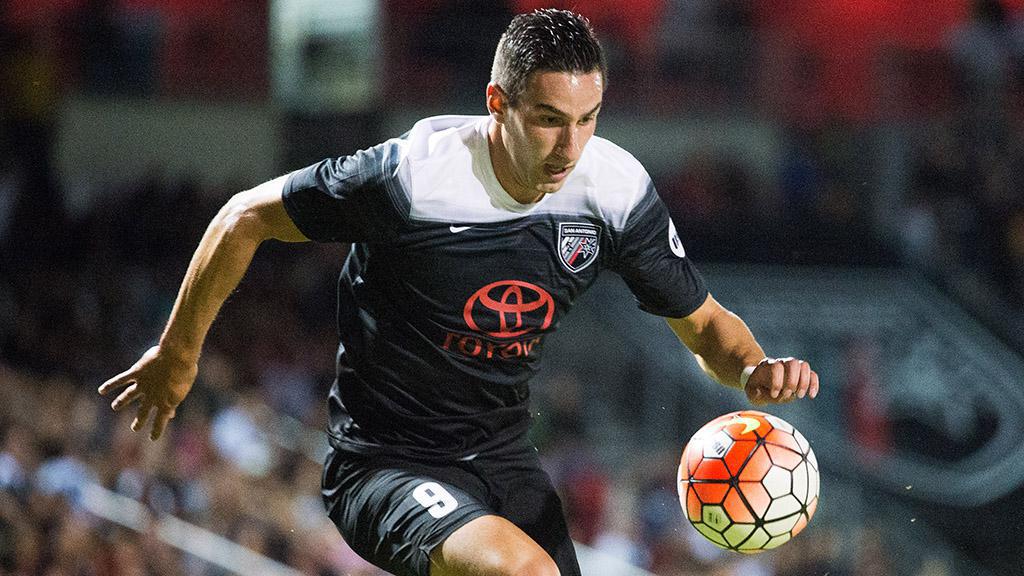 Sanchez joins the City Islanders after spending the 2016 USL season with San Antonio FC. A Puerto Rico international Sanchez made 16 appearances for SAFC and recorded one goal for the club. He had previously played for the New York Red Bulls II, after being selected by the Red Bulls in the 2015 MLS SuperDraft, and scored four goals in 22 appearances to help the side reach the USL Cup Playoffs in its inaugural season.

"I am very excited to be with this team," said Sanchez. "We have an ambitious group of guys and I am ready to help this team win. It also feels good to be close to home and to play in front of loved ones."

"We are excited to have Manolo on the team this season," said City Islanders Head Coach Bill Becher. "He has been in the league for some time now and really impressed us during the preseason. I think that he'll do well here."

Olabiyi brings experience from the Houston Dynamo and the Nigerian Premier League, where the 26-year-old helped the Enyimba Peoples' Elephants claim the Nigerian Premiership title in 2010. Olabiyi helped his Nigerian team also win two Nigerian FA Cups and Two Nigerian Super Cups, and featured as the club reached the semifinals of the African Champion League in 2011.

Olabiyi's most recently played for the Dynamo, where he recorded one assist in four appearances in 2015.

"Rasheed is bringing some valuable experience to the team," said Becher. "I think he'll bring a lot to our midfield, and I look forward to having him this season."

Olabyi has also represented his country at the U-17, U-20, and U-23 level, and in 2014 was named to the Nigerian Premiership Best XI. He is looking forward to the next chapter of his career with the City Islanders.

"I am excited and blessed to be a part of the Harrisburg City Islanders and I thank the club for the opportunity to continue my career in the U.S.," said Olabiyi. "We have a group of strong players that I believe will make us a team to contend with and who can make the playoffs this season.