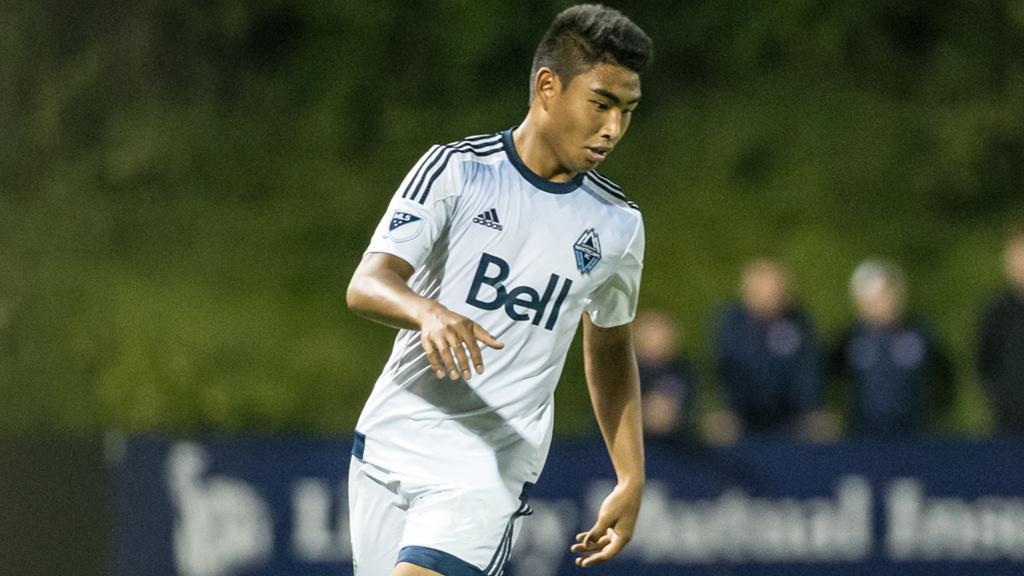 VANCOUVER, B.C. – Vancouver Whitecaps FC 2 announced on Thursday that the club had signed Residency defender/midfielder Michael Baldisimo to his first professional contract. The signing is pending league and federation approval.

“I’ve worked with Michael since he was 11 years old,” said WFC2 Head Coach Rich Fagan. “I’m proud of him and excited that he’s reached this stage of his career. He’s a promising and versatile player who has a bright future ahead of him. We look forward to helping him continue to develop and progress.”

Baldisimo, 16, recently spent preseason with the first team in Portland, making one appearance off the bench in a 1-1 draw against Real Salt Lake in the Timbers preseason tournament. As an academy signing with WFC2 last season, Baldisimo made his professional debut in the USL on August 3, 2016, coming on as a late substitute on the road at Phoenix Rising FC.

“I’ve been dreaming of this all of my life,” added Baldisimo. “It’s going to be fun playing professionally with my brother Matthew. It was a great experience to be with the first team in preseason, to see what the level is like and see how guys carry themselves on and off the field. I can’t wait to get the USL season underway.”

The native of Burnaby, B.C. is the third youngest of four brothers with his elder siblings Mark and Matthew having also been a part of the Whitecaps FC Residency program. Michael now joins his brother Matthew on WFC2.

So far this development academy season, the 5-foot-6 defender/midfielder has started six matches and scored two goals with the U-16 Residency team, as well as starting 10 of 11 appearances with the U-18 Residency squad.

On the international level, Baldisimo has recently been a member of Canada’s U-17 men’s national team, while also previously being called in to U-16 and U-15 national team camps.