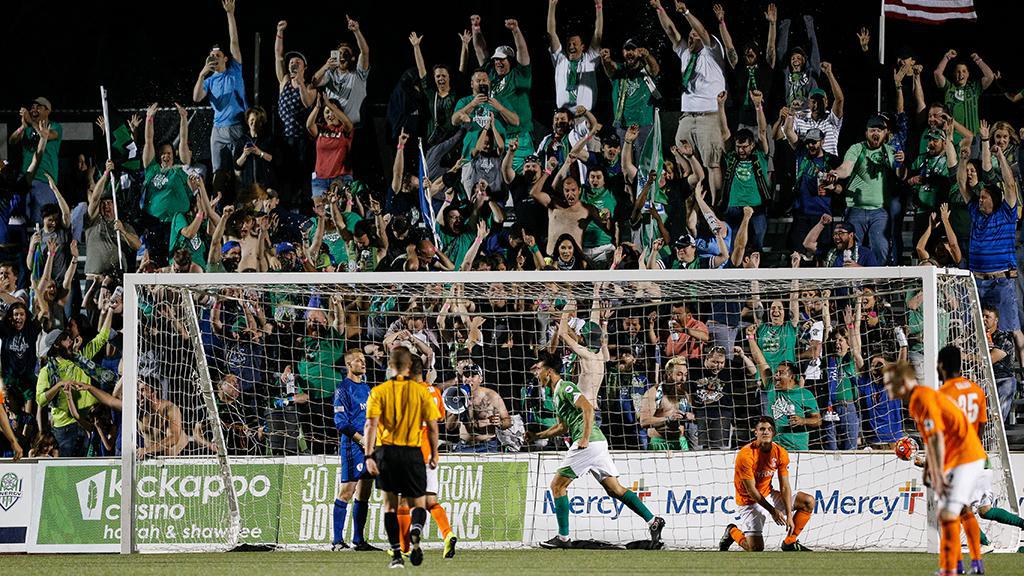 A Western Conference Finalist in 2015, the hope within OKC Energy FC’s camp was the side would go one better last season. A dramatic fall-off in production in front of goal instead saw the side almost miss out on the postseason completely. While a dramatic comeback victory against Rio Grande Valley FC in the Western Conference Quarterfinals of the USL Cup Playoffs gave OKC a high point, the offseason brought about numerous changes that Head Coach Jimmy Nielsen hopes will see the side become more consistent in 2017.

Goalkeeper: One position where Energy FC had little concern a season ago was goalkeeper, and the trio led by Cody Laurendi returns for the 2017 season. Laurendi finished fifth in the USL with 80 saves and fourth in minutes played as he posted a 0.92 goals-against average. Laurendi earned a call-up to the Puerto Rico national team late last year, but elected to remain with Energy FC as it competed in the postseason. Another solid season could see another opportunity of that kind arise.

Defense: Three familiar faces return for the new season, with center back Coady Andrews and fullbacks Kyle Hyland and Michael Harris all having made more than 20 appearances, with Andrews and Harris logging more than 2,000 minutes of action. OKC did see defensive stalwart Cyprian Hedrick move to regional rival San Antonio FC, but the addition of experienced center back Mickey Daly – who helped Sacramento earn the 2014 USL Cup – and the former Saint Louis FC duo of Sam Fink and Richard Dixon should provide adequate cover.

Midfield: Energy FC’s midfield will have a very different look for the new season, with the departures of former team captain Michael Thomas, Sebastian Dalgaard and Michael Bykov leaving plenty to be figured out ahead of the new season. The players tasked with filling those spaces include former LA Galaxy II midfielder Alejandro Covarrubias, a key cog for Los Dos the past two seasons, and Jose Barril, whose creativity in Harrisburg earned him All-League Second Team selection last year. Add the returning duo of Daniel Jackson, who can provide speed out wide, and Daniel Gonzalez, say nothing of the presence of former USL Cup winner Alex Dixon, and there are plenty of options for the side to find success.

Forward: One of the most surprising aspects of the 2016 was the drop-off in production for Energy FC, with Danni Konig going from finishing second in the USL with 21 goals in 2015 to recording only four goals and four assists a season ago the most startling aspect of the side’s lack of attacking spark. Konig and fellow forward Wojciech Wojcik both return – Wojcik signing a permanent deal after spending last season on loan from Indy Eleven – but the joker in the pack may be newly-acquired Miguel Gonzalez, whose creativity and eye for goal helped propel Colorado Springs Switchbacks FC to success in the past two seasons. Reunited with his brother Daniel, Miguel Gonzalez has scored regularly in the past two years, and will aim to do so in his new surroundings. 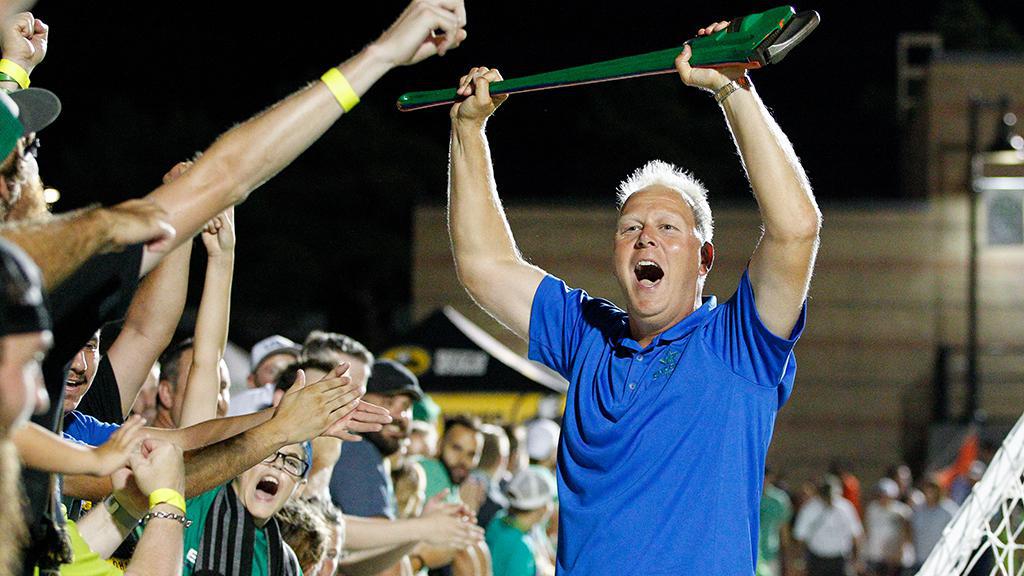 Strengths: Energy FC was strong defensively throughout the past two seasons, and if it can maintain that solid base then another trip to the USL Cup Playoffs should be in the offing. OKC’s 30 goals conceded placed it fourth in the Western Conference, and the likes of Coady Andrews and Mickey Daly – who squared off on opposite sides in the 2014 USL Cup Final – along with Sam Fink give three good center back options to build a back four around ahead of Cody Laurendi in goal.

Weaknesses: As good as the Energy FC defense was a season ago, its attack was perplexingly poor. Energy FC outshot its opponents throughout the season, but scored less than 1-in-10 of its total shots (32 goals / 335 shots). It will be interesting to see if the attack can get on track early in the season and get some confidence in front of net. Preseason returns so far have been good, and if that carries over to the regular season a high finish is definitely within reach.

Key number: 32 – Energy FC’s 32 goals were the fewest by a team to reach the USL Cup Playoffs since the Rochester Rhinos recorded only 29 in the 2014 regular season.

Noteworthy matchups: A visit to defending Western Conference champions the Swope Park Rangers on the opening weekend of the season should give a good barometer of where both teams stand as 2017 kicks off, and the side’s home opener against Rio Grande Valley FC – a rematch of last season’s memorable playoff contest – should be a must-see as well. A visit from San Antonio FC on June 10 – and the return of popular defender Cyprian Hedrick – will also be a game fans should circle.

Coach’s view: “I’m very, very happy with the group we have. It’s a very competitive roster. There’s going to be a lot of competition for the individual positions, which puts me in a very good position and puts the team in a good position. I think we’ve got a lot of strength in the team this year. – OKC Energy FC Head Coach Jimmy Nielsen