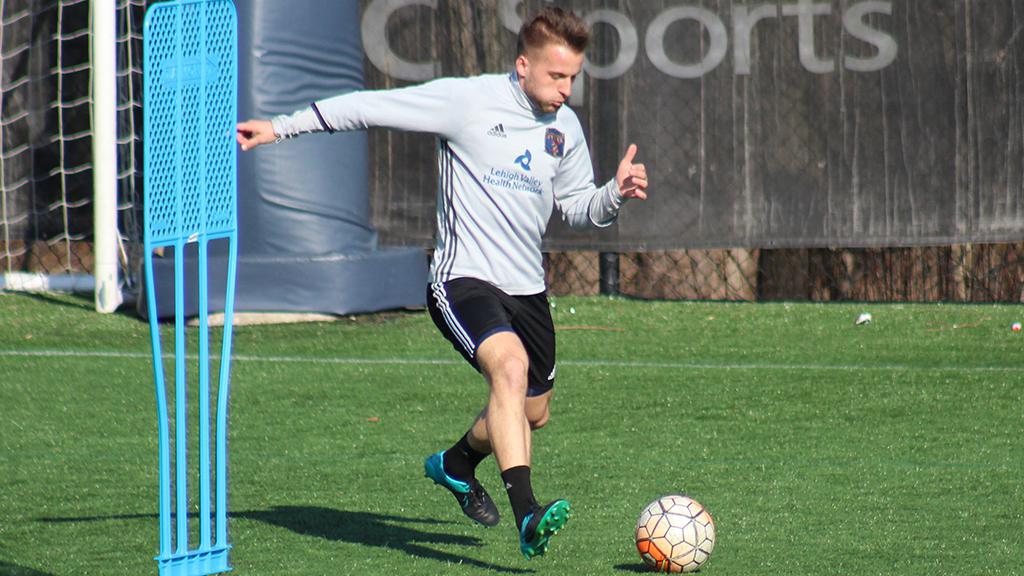 BETHLEHEM, Pa. – Bethlehem Steel FC announced on Thursday that the club had signed defender Charlie Reymann to his first professional contract. The deal is pending league and federation approval.

“I’m really excited that Bethlehem Steel FC have given me this opportunity to realize my dream of becoming a professional soccer player and I can’t wait to hit the field and reassure the club they’ve given the right guy this opportunity,” Reymann said. “Being a trialist is a unique experience because your confidence can fluctuate and you don’t know if you are making an impact on the coaching staff. It’s an honor that the team has given me this contract.”

“Charlie was quietly one of the assist leaders in [NCAA] Division I soccer last year and that’s an impressive statistic for a left back,” Steel FC Head Coach Brendan Burke said. “I first got to see Charlie play last summer when he was with Reading United and when he didn’t get selected by anyone, we immediately called him and invited him to our preseason. Charlie is a steady influence and is determined to add to our level of training every session, every day.”

Reymann joined Steel FC on trial when preseason camp opened on Feb. 1 at YSC Sports. The 22-year-old defender impressed the team staff during the first three weeks of training camp and his signing adds depth to the club’s roster.

A four-year letterman at the University of Kentucky, Reymann was the definition of consistency with 77 starts in 80 career games. During his final his final three seasons with the Wildcats, the left-back started 60 straight games while he was also the primary striker of corner kicks for the squad. During his time in Kentucky, Reymann had 21 assists including 10 in his final senior season to lead the team.

A captain his final two seasons as a Wildcat, Reymann led his squad to the NCAA Tournament three times. In 2016, Reymann helped anchor a defensive line that boasted a shutout percentage of 0.47, (22nd in the NCAA) and a goals-against average of 0.80, which was 24th best in the country.

Reymann was also a member of the 2013 and 2015 Conference USA All-Tournament Team.

Prior to Reymann’s senior season at Kentucky, he played for Reading United AC in the Premier Development League. During his time in Reading, Reymann played over 1,000 minutes and earned 12 starts. He scored his only goal of the season against the Ocean City Nor’easters and added a pair of assists. Reymann’s efforts helped propel Reading United to the Mid-Atlantic Division Championship.