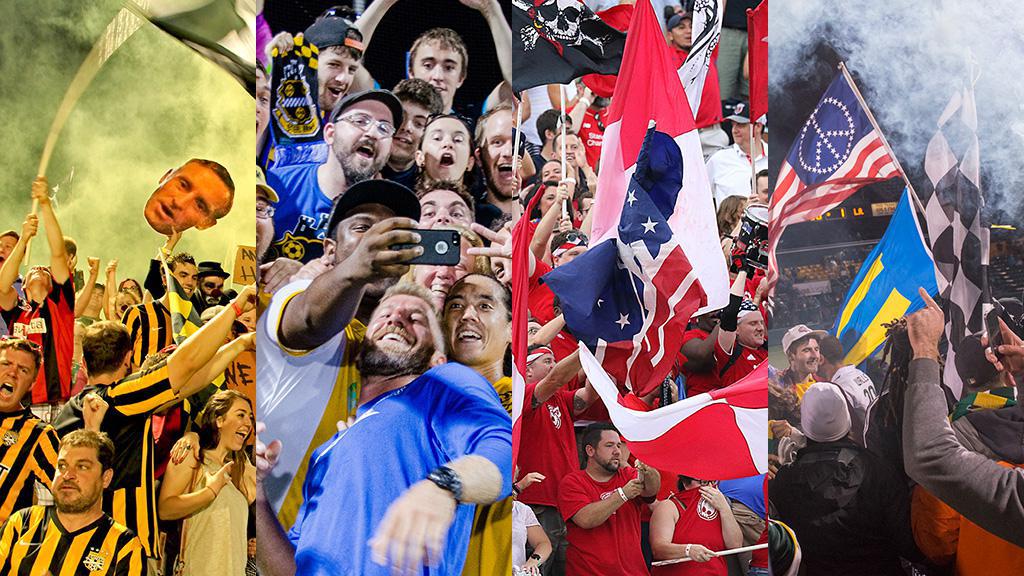 Was there something the Steel Army and its fellow supporters groups from the league’s more historic clubs could do to celebrate that?

“There are a lot of new clubs in the league and they are doing some amazing things that should be celebrated,” Yost said by email. “At the same time, there are these more historic clubs that happily keep doing their own thing and have survived the test of time when others have come and gone. We are proud of that legacy and are proud to be lower-league soccer.

“With all that said, I didn't really know if it was something that would have real interest and I was working on some other projects so it didn't go beyond a thought last season.”

The idea returned to Yost this past November, though, and when the concept of a regular-season tournament that would see the Pittsburgh Riverhounds, Rochester Rhinos, Harrisburg City Islanders, Richmond Kickers and Charleston Battery square off got the blessing of the Steel Army’s board, the idea began to take hold.

Yost sent out messages to other supporters groups around Thanksgiving. By the end of the holiday weekend, the Flower City Stampede in Rochester, River City Red Army in Richmond and the Regiment in Charleston were on board. When the City Islanders’ newly-formed Capital City Crew jumped on soon after their formation, it was full-steam ahead.

“It took a little longer to find the right people in Harrisburg to discuss this with, but once that connection was made, they jumped right in as well,” said Yost. “It was really nice to see the enthusiasm from everyone right from the start.”

On Friday, the work put in by the groups came to fruition as the Old Guard Shield’s website was rolled out, as was its official Twitter account, including a schedule for games that would count toward the standings over the course of the season. Yost said with the unbalanced schedule in the USL’s Eastern Conference, the group decided the final home game between teams would be the one used in the standings.

When the USL regular season schedule was revealed in January, it resulted in a 20-game Shield schedule that kicks off on April 8 when the Riverhounds visit the Battery, and concludes on October 7 when Pittsburgh hosts Rochester, and Charleston hosts Harrisburg.

“We decided to count the last game so it would give us a better chance of drawing the Shield competition out through the entire regular season,” said Yost. “We made that decision before the USL published the schedule. It was nice to see we were going to end up with a nice distribution of games all season long.”

The Shield is now in the process of being created, with Yost and the Steel Army working with an artist on a design concept that will incorporate elements from the five groups. Yost said if possible, he would like to see the Shield make a tour of the five home venues over the course of the upcoming season.

With the Battery and Kickers entering their 25th seasons this year, and the other three clubs having recently passed or coming up on milestones of their own, Yost hopes the Shield will provide a unifying force among teams that have provided unique experiences for their fans over the years.

“There really isn't a similar experience in the U.S. than the match day experience for your local soccer club,” Yost said. “Now, take that experience and layer in the fact for these older clubs, you can begin to see this experience transcend generations. As a parent who has gone to these matches for decades, they can now start bringing their kids and pass on that tradition. Or you can have friendships that were formed by the bond of passion for the club that has turned into lifelong lasting relationships.

“These are things that can happen, or start to happen at these clubs that most of the rest of the league can't have yet. Part of the Shield's build-up is a commentary on the differences between these five clubs and new wave of USL sides. It’s five clubs with similar backgrounds, similar means and similar goals. It's nice to find an outlet to let the longtime supporters of these clubs celebrate that history.”