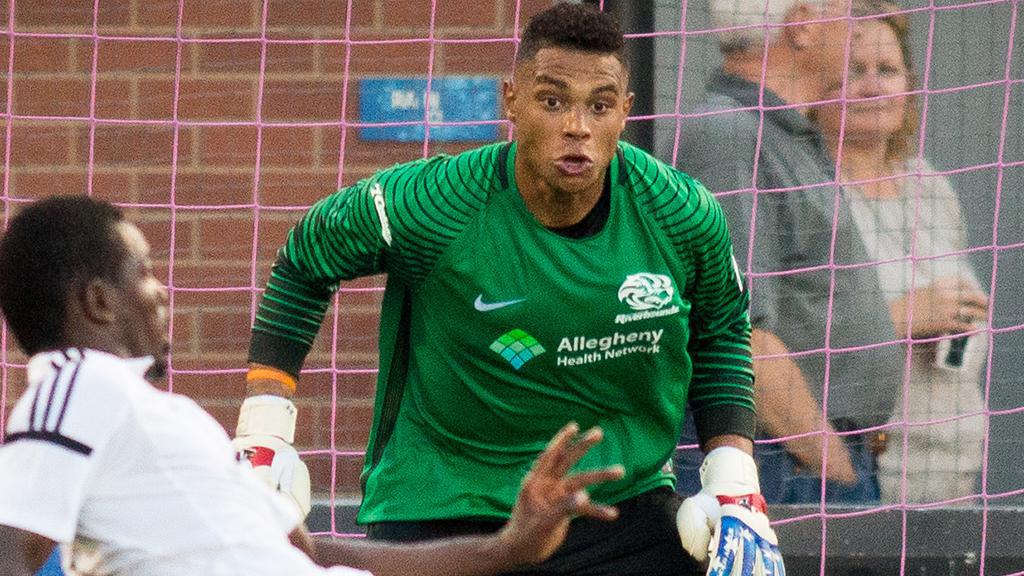 CHARLESTON, S.C. – When Zack Steffen arrived with Columbus Crew SC midway through the 2016 MLS season, the starting job in goal at the club was a held position.

With Steve Clark’s departure this offseason, however, the chance for the U.S. U23 international to claim the slot appears there for the taking. After a solid performance in Columbus’ opening game of the 2017 Carolina Challenge Cup, Steffen appears ready to seize his opportunity.

“It was a great experience,” Steffen said following the Crew’s 2-1 win against Atlanta United FC. “Each save always gives you more confidence, and coming out for crosses helps the team. Each time I can touch the ball and help out the team, it just gives me more and more confidence.”

The 21-year-old Steffen’s progression was helped by a loan stint with Crew SC’s USL partner, the Pittsburgh Riverhounds, for which he made nine appearances as the club concluded its 2016 regular season. With the Riverhounds going through a tough season in the USL, and the club in the process of getting to know new Head Coach Dave Brandt, Steffen took the opportunity to build his skillset as the team looked to build a new foundation.

“It was definitely a learning experience for me,” Steffen told USLSoccer.com last week. “They went through two coaches last year and were in kind of a transition stage, and are kind of in a transition stage going into this year, but it was just good for me personally to get games and get repetition, and to be pushed. That kind of experience in that environment, I could just come in and lead from the back without knowing the team very well or knowing the players, so all-in-all it was very good.” 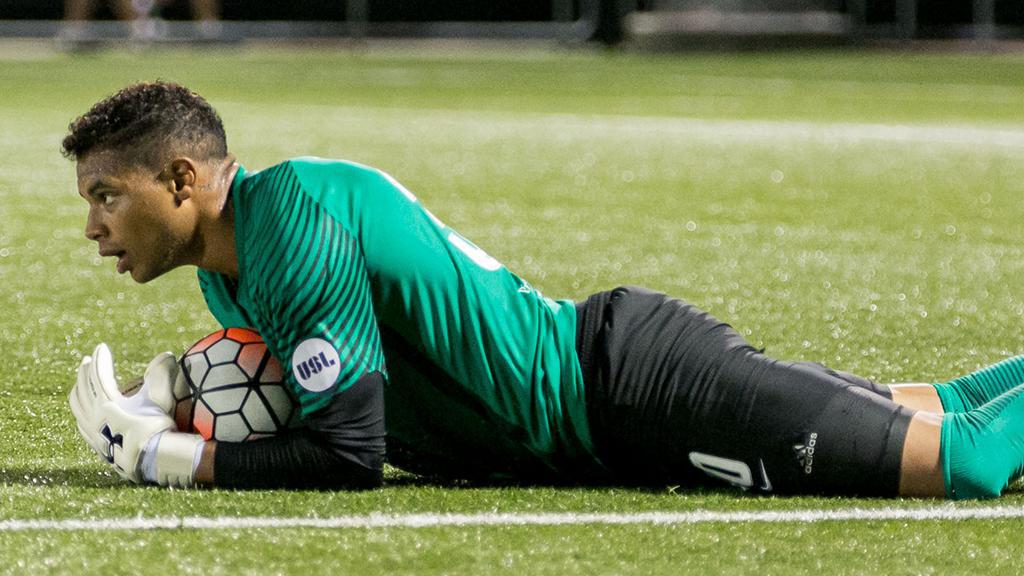 Steffen’s desire to push his game to new levels is nothing new. A former standout at the University of Maryland, Steffen left school early to sign with German club SC Freiburg II. The nature of the game in Germany, particularly the emphasis on playing out of the back and improving his footwork, was an important step forward in Steffen’s maturation as a goalkeeper.

Steffen said he learned a lot about himself on and off the field while in Germany, and believes the decision to go overseas when he did was the right one to push toward his potential. At the same time, with visits from friends and family not a common occurrence, returning home to join the Crew last summer made sense from both a personal and career perspective.

“It wasn’t a no-brainer, but it was obviously a big decision, and I just think that I had a better opportunity to strive back in the U.S. with my family and friends back here and just being able to have them in my lives again,” Steffen said. “It was pretty tough to be over there on your own at a young age. They supported me as much as they could and came over now and again, but it was still tough.”

Moving into Head Coach Gregg Berhalter’s system in Columbus, Steffen continues to work on his footwork and playing out of the back, but the communication skills he brings to the field are a positive for a defense that will have a different look this year after the departure of Michael Parkhurst and addition of Ghanaian international Jonathan Mensah.

After his experience with the Riverhounds, where he averaged four saves per game, Steffen brought back a renewed sense of confidence to Crew SC, and the belief that he could be the opening-day starter for Columbus this season.

“At the end of the day you want to get work and you want to make the saves, and when you make a save it gives you confidence to continue to do well and push yourself,” Steffen said. “The position is open, and there’s competition, so I’m just coming intro training trying to have fun and willing to learn every day, willing to work hard. I know that it will all fall into place when it’s supposed to.”